Witnesses have continued to post video footage on social media of violence by members of the Rapid Support Forces (RSF), Sudan’s main militia, in Khartoum and other cities in the early hours of Monday morning. On Wednesday, the Transitional Military Council (TMC) continued to block the internet for the third day in a row.

Many parties have expressed their concern about the blocking of telephone calls and internet services provided by Canar and Sudatel, however news is still filtering through as people resort to Virtual Private Network (VPN) services.

The opposition Alliance for Freedom and Change (AFC)described the blocking of internet services in the country as “an attempt to disseminate false information and mislead the masses through satellite channels”.

Video recordings and statements of eyewitnesses report shooting with live bullets, rapes of women and boys, house raids, plundering of shops, and theft of personal belongings.

Mustafa Ahmed told Radio Dabanga that six members of the RSF militia wearing military uniforms broke into their home at Hillet Hamad in Khartoum North on the pretext of tracking a number of young people and shot him in the leg.

He added that the RSF militiamen severely beat a number of children and young people as well.

Activist Amira Osman reported five cases of rape during the dismantling of the sit-in on Monday.

Activist Nazim Siraj who is a specialist in monitoring violations reported that five of the rape cases (three girls and two boys) were taken to the Royal Care Hospital in Khartoum.

He said he was able to confirm that one rape occurred during the sit-in.

An eyewitness showed in a video clip how militiamen removed the clothes of a 14-year-old girl at one of the makeshift clinics at the sit-in on Monday, and raped her.

He said the militiamen threatened to rape him as well when he confronted them. They took his money and violently beat him, wounding him in different parts of his body. 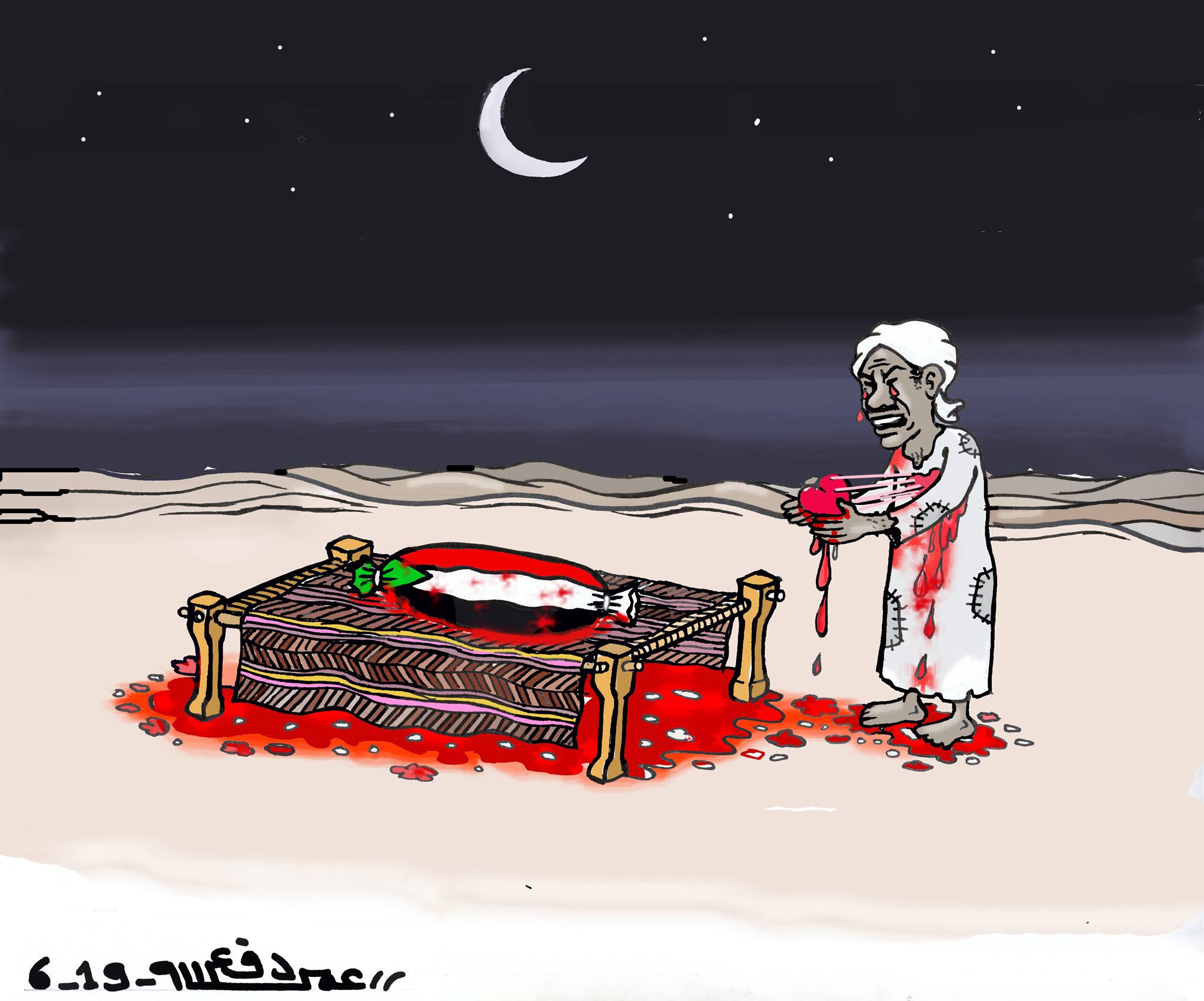 Jalal Dafallah said that he and his friends were severely beaten by elements of the RSF inside the University of Khartoum on Monday, causing multiple fractures.

He said that the militiamen seized them and shaved their heads in a distorted manner and forced them to drink sewage water while they were fasting. The militiamen also stole their mobile telephones and their money.

On Tuesday, the Sudanese Doctors Central Committee revealed the removal of 40 bodies from the Nile.

The committee said in a statement that the RSF transferred the dead bodies to an unknown destination.

People reported monitoring the bodies of citizens floating in different parts of the Nile, while witnesses said that RSF militiamen gathered dozens of bodies from the scene of the sit-in after killing then and threw them into the Nile River on Monday.

The bodies of Awad Seif from El Jeili in eastern Khartoum, along with unidentified people were found.

They said his family identified him after his body was recovered from the Nile on Tuesday.

In the area of El Faki Hashim, north of Khartoum North, nine bodies were recovered after they were found floating in the Nile, including the bodies of three young women.

The doctors committee announced the increase in the number of slain by the militias of the military junta to 66, in Khartoum, Rabak and El Gedaref. At least 326 people were wounded at the sit-in in Khartoum on Monday.

The Committee said in a statement on Wednesday that four people were killed in Mayo district in southern Khartoum, three in El Goz and Rumeila, two in El Muhandiseen in Omdurman, one in El Doroshab in Khartoum North.

On Tuesday, two were killed in Rabak, capital of White Nile state, and one in eastern Sudan’s El Gedaref.

The committee reported that the injuries are critical, requiring surgical intervention and intensive care.

It explained that the Royal Care Hospital received 185 cases, and El Mualim Hospital 83 injured who were transferred to other hospitals, while Bahri Hospital recorded 48 injuries and El Munawara clinic recorded ten injuries.

The Committee pointed that the doctors were unable to monitor the cases in a number of hospitals as a result of security restrictions, the seizure of their phones and the interruption of internet services.