Khartoum massacre: Death toll at 100 as 40 bodies pulled from Nile

At least 40 bodies have been pulled from the Nile, according to reports today by the Sudan Doctors Central Committee, who estimate that more than 100 people have been killed since members of the Rapid Support Forces (RSF), Sudan’s main militia, backed by a large presence of security forces, violently dispersed the Khartoum sit-in in the early hours of Monday morning.

The Doctors Committee reports confirm witness accounts received by Radio Dabanga yesterday that the bodies of a number of young protestors who were killed at the sit-in site were thrown into the Nile and some bodies have begun to float on the surface of the river.

The doctors say that the 40 bodies retrieved today were collected by members of the RSF, loaded onto Land Cruisers, and taken to an unknown destination. Some had reportedly been shot dead, while others showed signs of being hacked by machetes.

After an exhaustive inventory at hospitals and mortuaries, the doctors now confirm the death toll at 100, but fear that it will rise as many people are still listed as ‘missing’ by family and relatives. 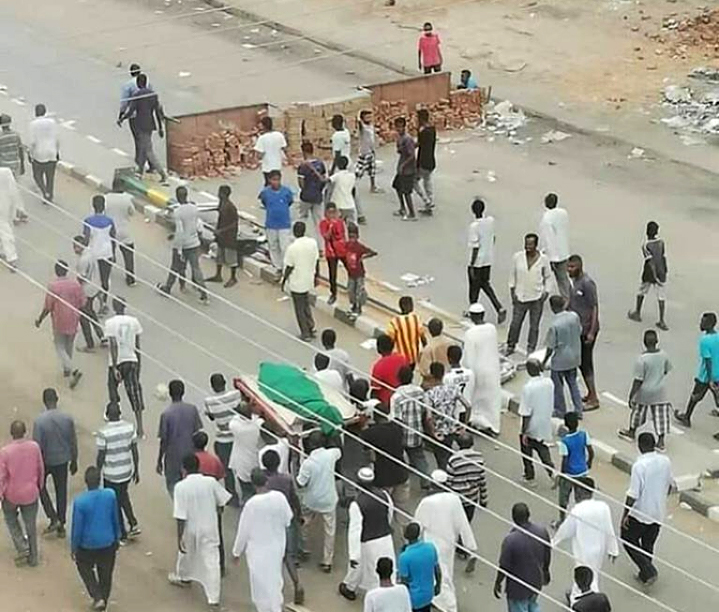