Demonstration in Khartoum this afternoon

The signatories of the Declaration of Freedom and Change, a broad initiative by the Sudanese Professionals Association, which has been a main driver of the demonstrations, have made calls for more than a week for the largest march in the four months of demonstrations, to begin at 1 pm today.

Marches are planned throughout Sudan and initial reports indicate that thousands of people across the country have already answered the call.

Today marks the 34th anniversary of the 6 April 1985 popular uprising which ended the autocratic rule of general Jaafar Nimeiri.

The marches are planned to converge on the general command of the Sudan Armed Forces in Khartoum and to the army’s garrisons in the states, where demonstrators will hand over a memorandum that calls for the step-down of President Omar Al Bashir and his regime from the country’s rule.

KHARTOUM 13:10 – 'Hundreds of thousands' on the streets of Sudan capital

Massive demonstrations have erupted on the streets of the Sudanese capital of Khartoum, as untold thousands of people move toward on the headquarters of the Sudanese Army. Reports reaching Radio Dabanga say that there is little official resistance. 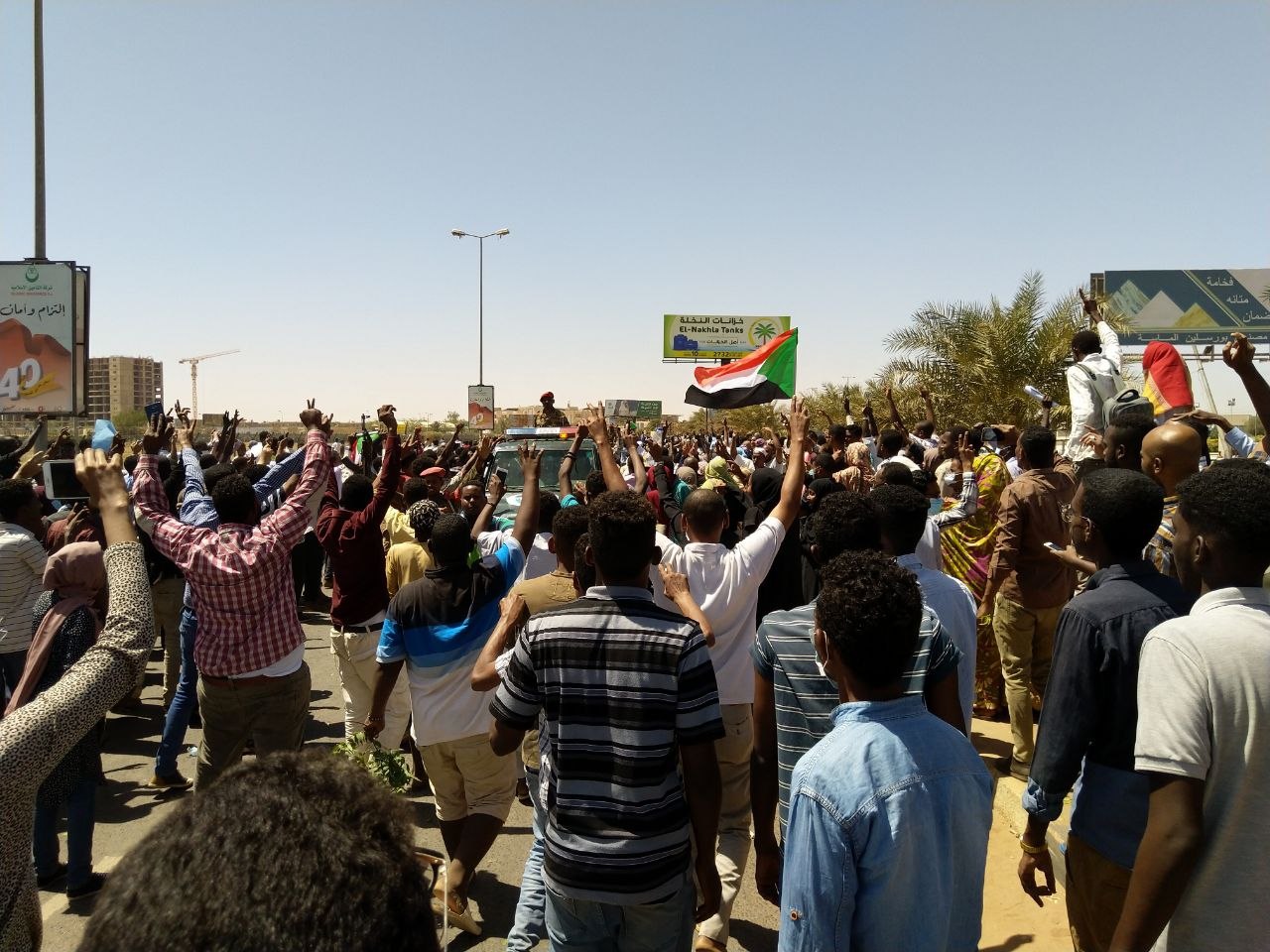 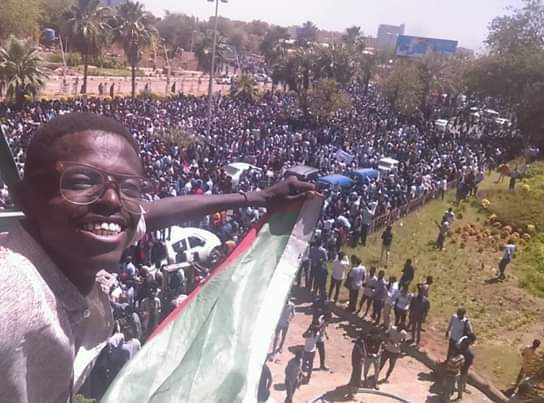 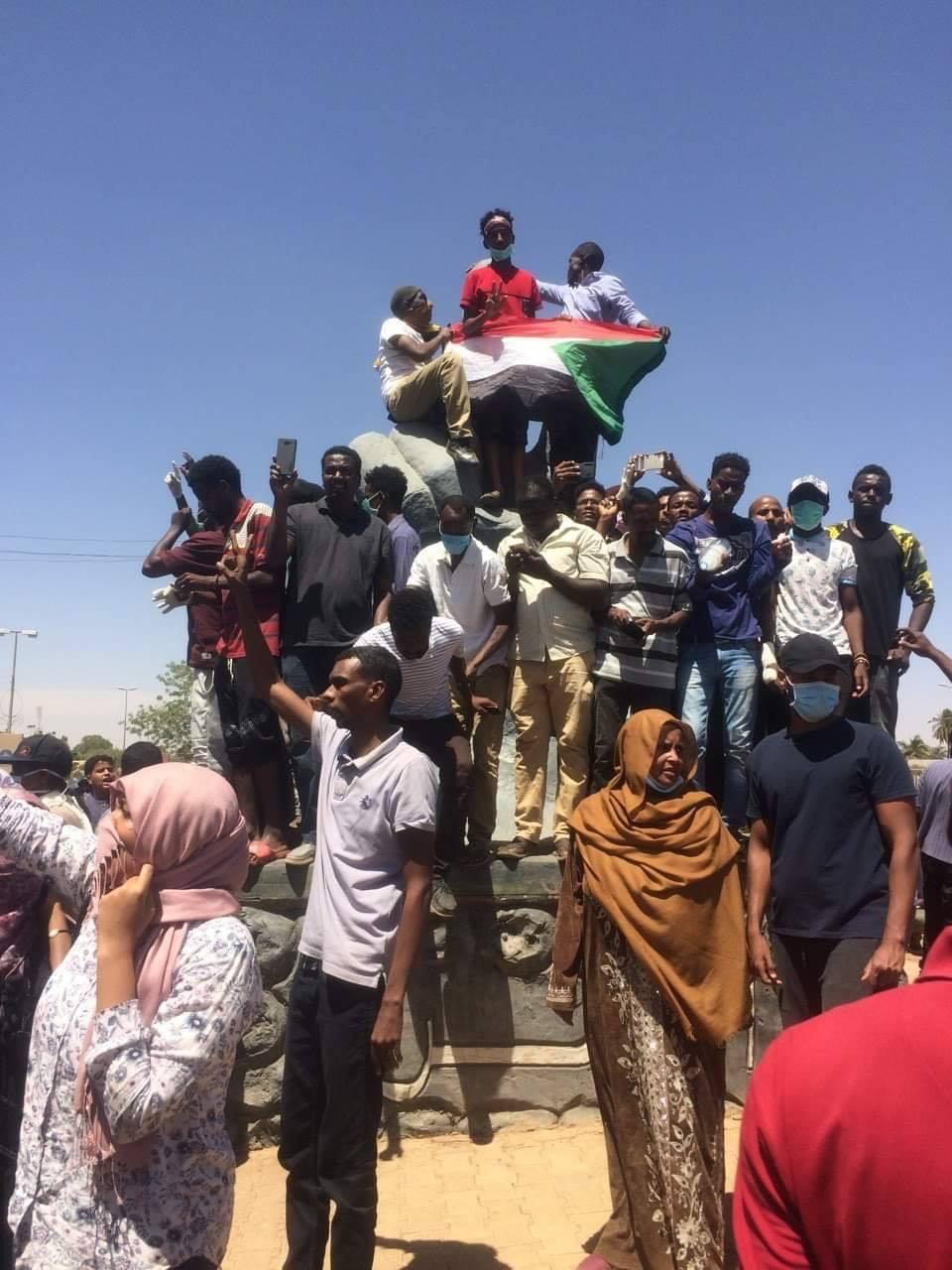 Residents of Hasahisa camp for displaced people near the Central Darfur capital of Zalingei answer the call for mass action.

Marchers chanting the slogan ‘Tasqut bas!’ (‘Just fall, that’s all’) are approaching the headquarters of the Sudanese Army to hand-over a memorandum to the commander. Callers have told Radio Dabanga that there is little official resistance, and pictures and videos show Sudanese soldiers mingling and moving through the crowd, supporting them. 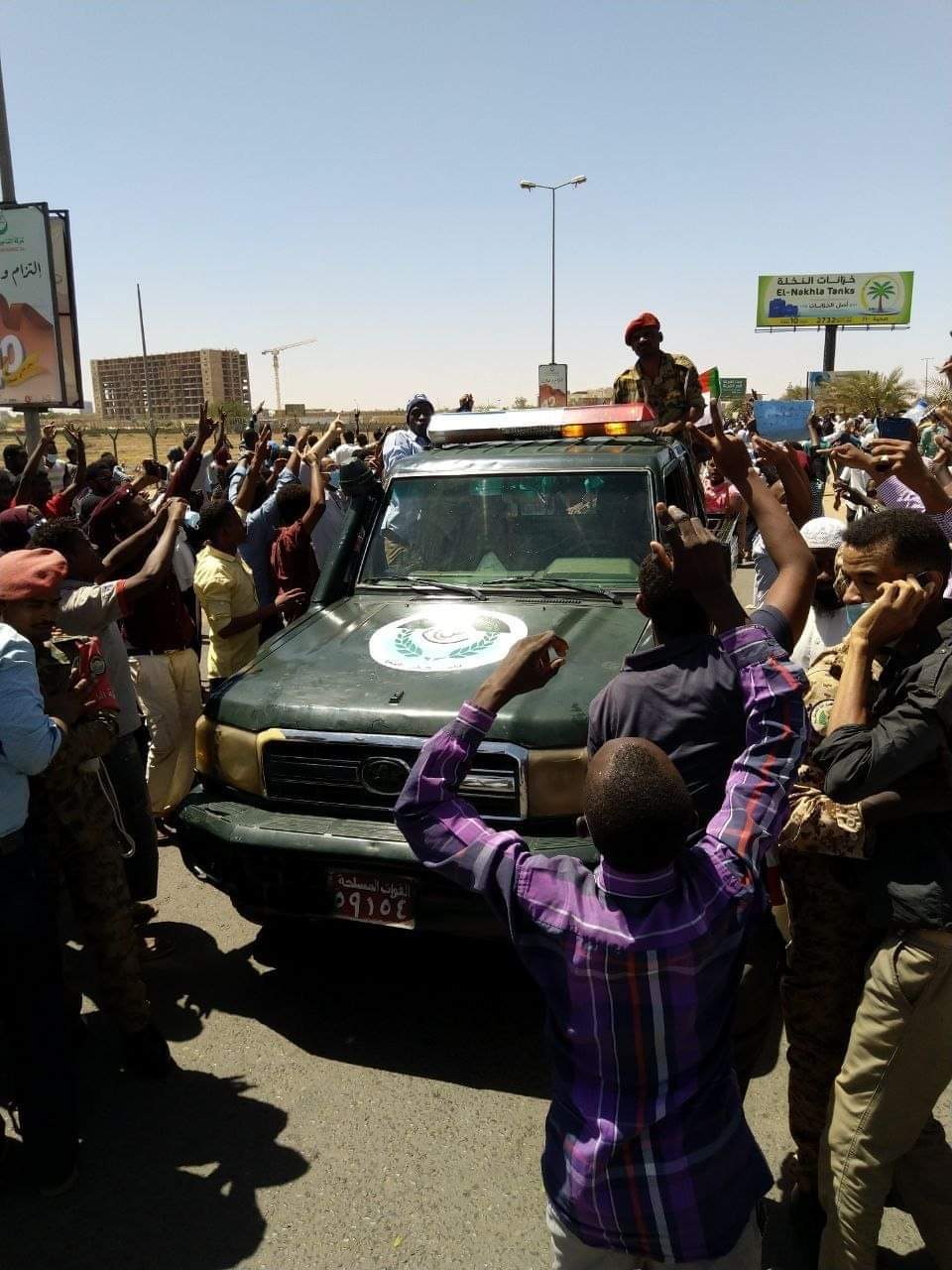 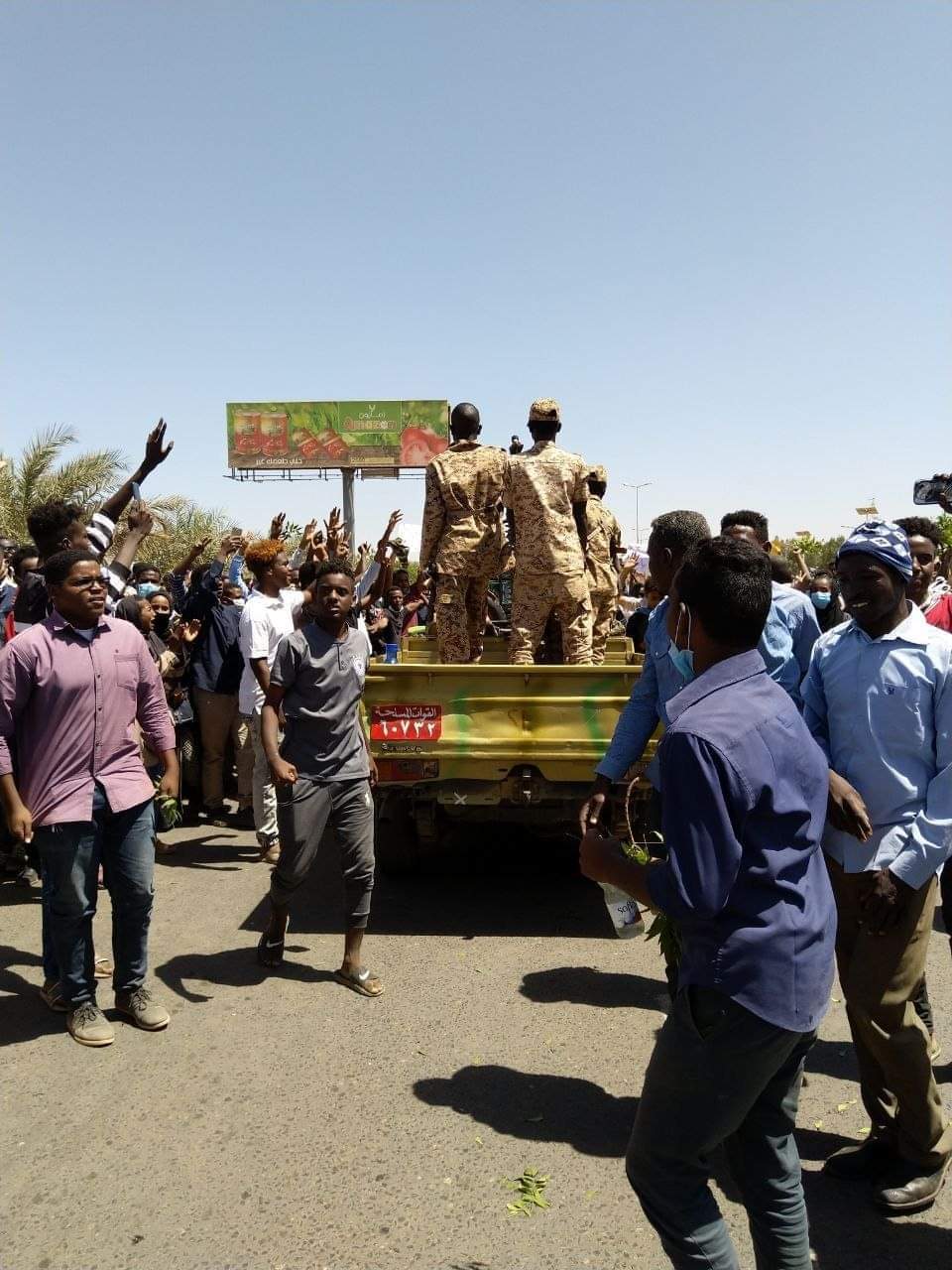 Thousands of residents of the massive Kalma camp for the displaced have answered the call of signatories of the Declaration of Freedom and Change to call for the downfall of the Al Bashir regime. Soldiers of the UN-AU peacekeeping mission (Unamid) could be seen moving through the crowds of peaceful demonstrators. Eight people have been wounded, three with bullets and five with tear gas when security forces attempted to disperse the peaceful demonstration. 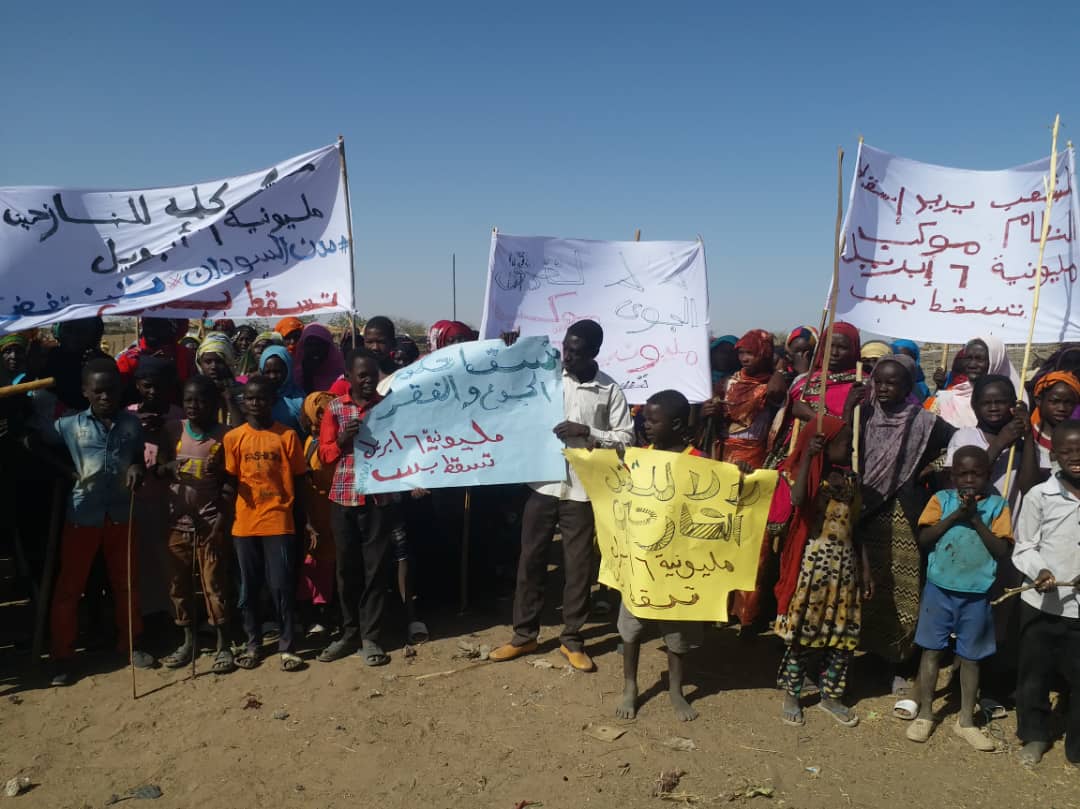 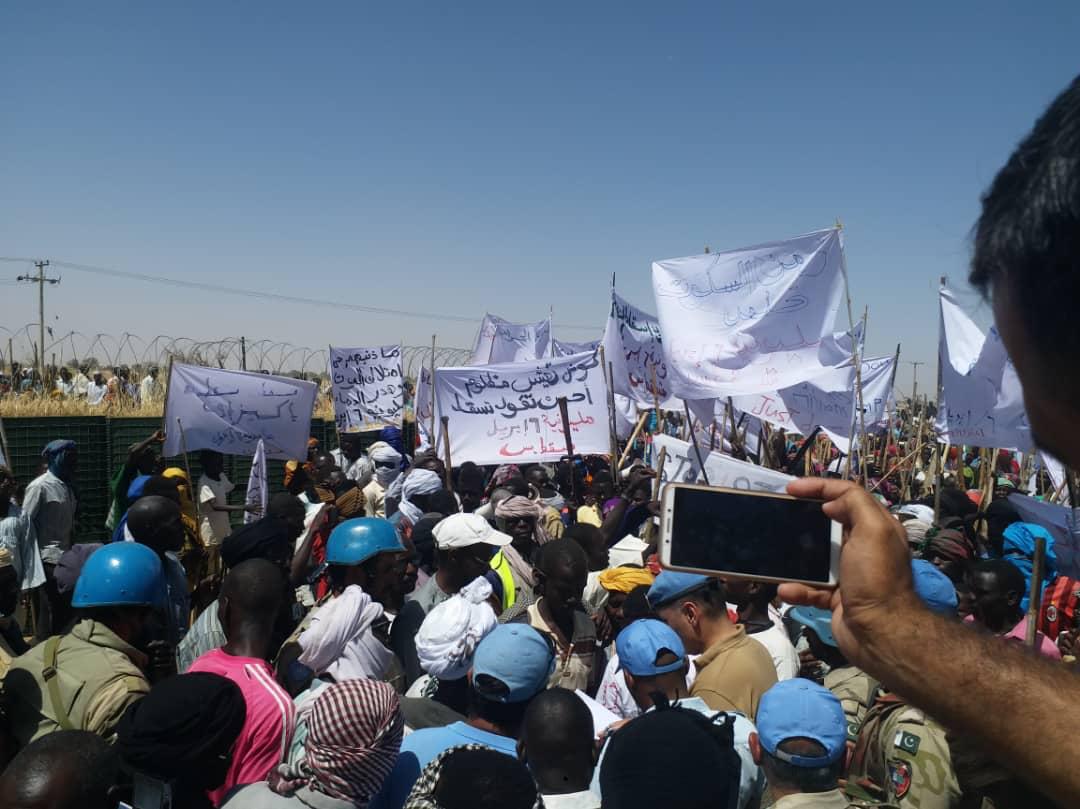 Unamid peacekeepers can be seen among the crowd

Wad Madani, capital of El Gezira state is also seeing a large response to the call for popular uprising. Demonstrators have arrived at the headquarters of the Sudanese Armed Forces in the city. 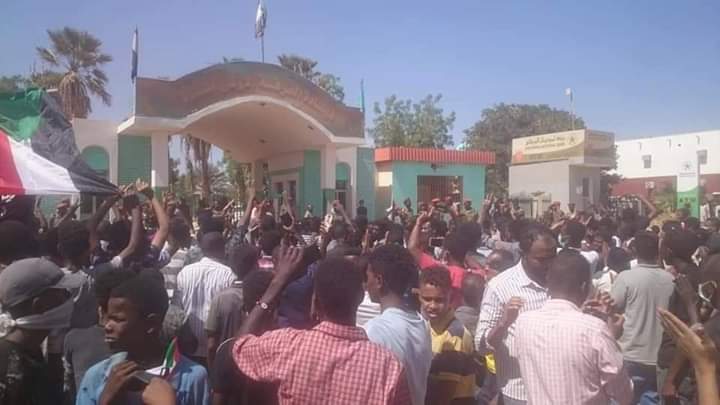 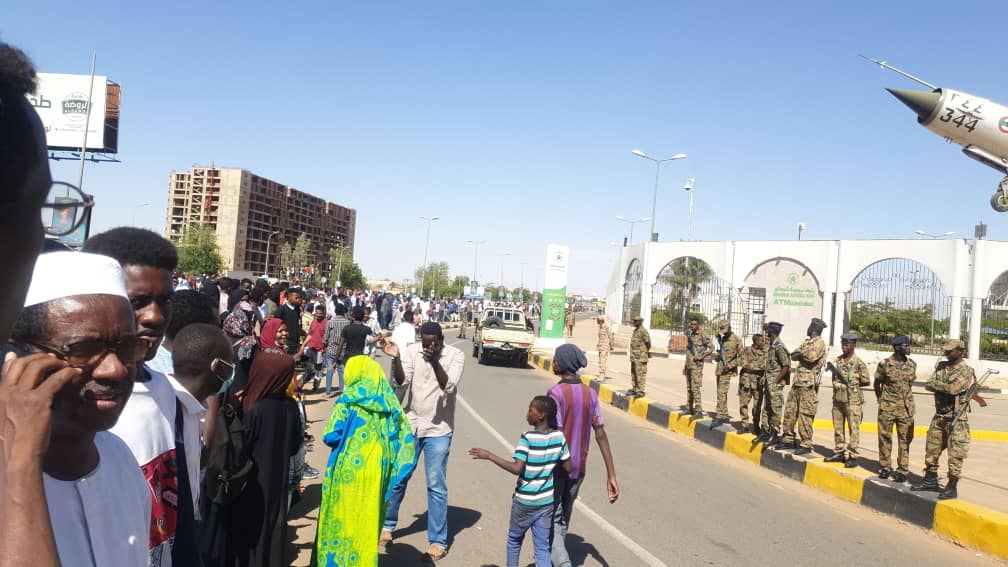 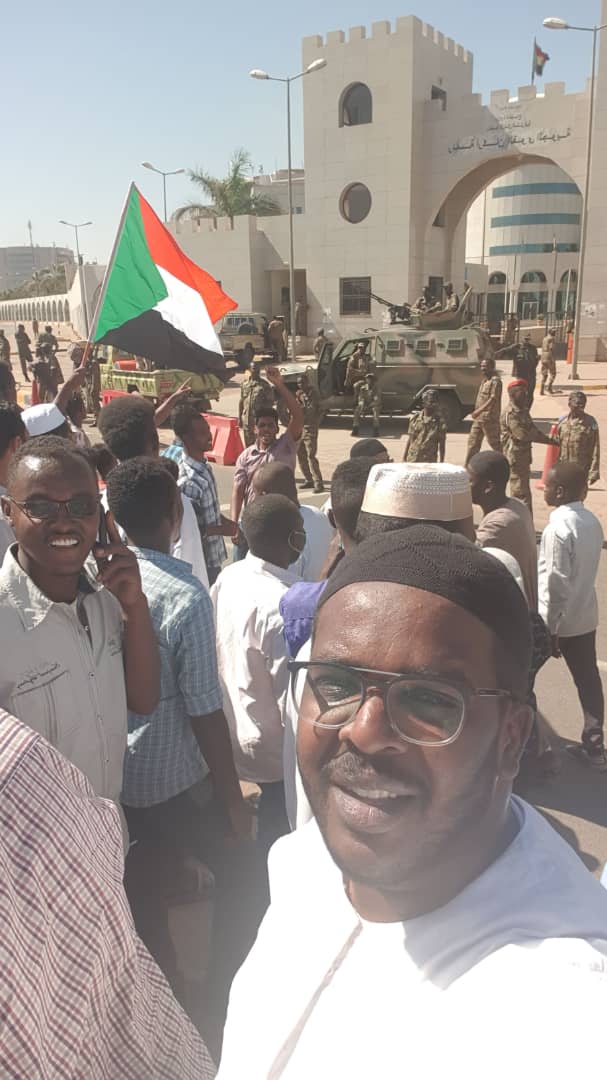 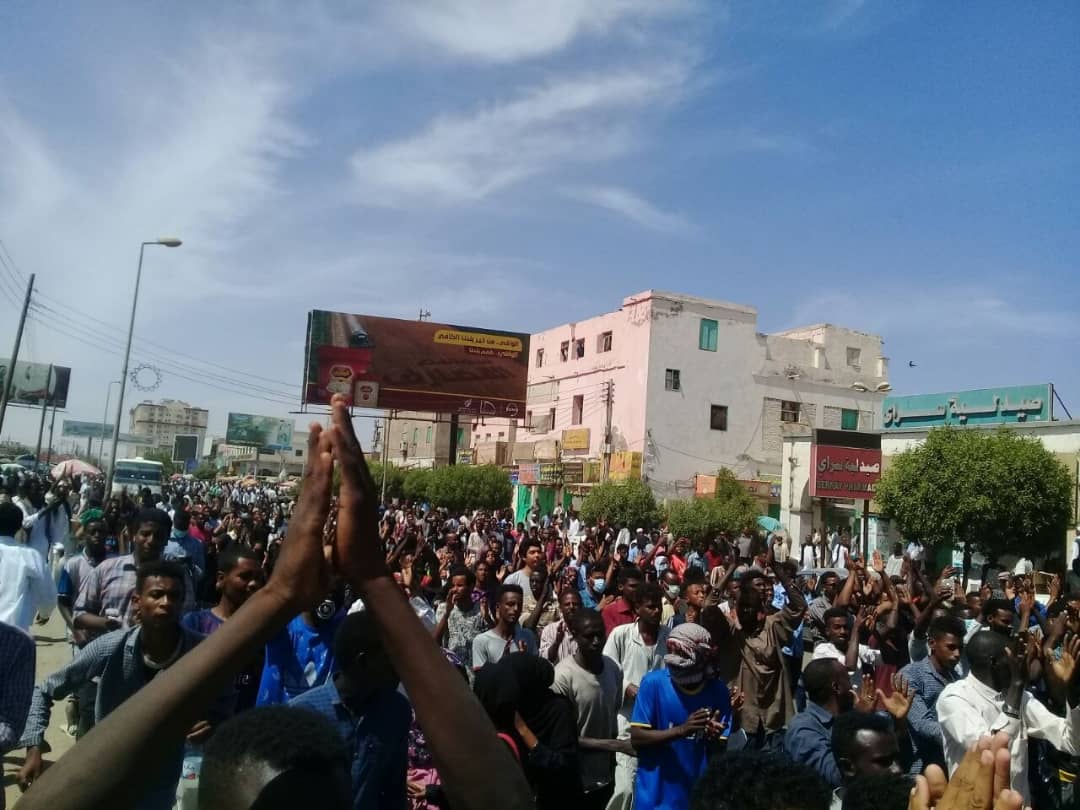 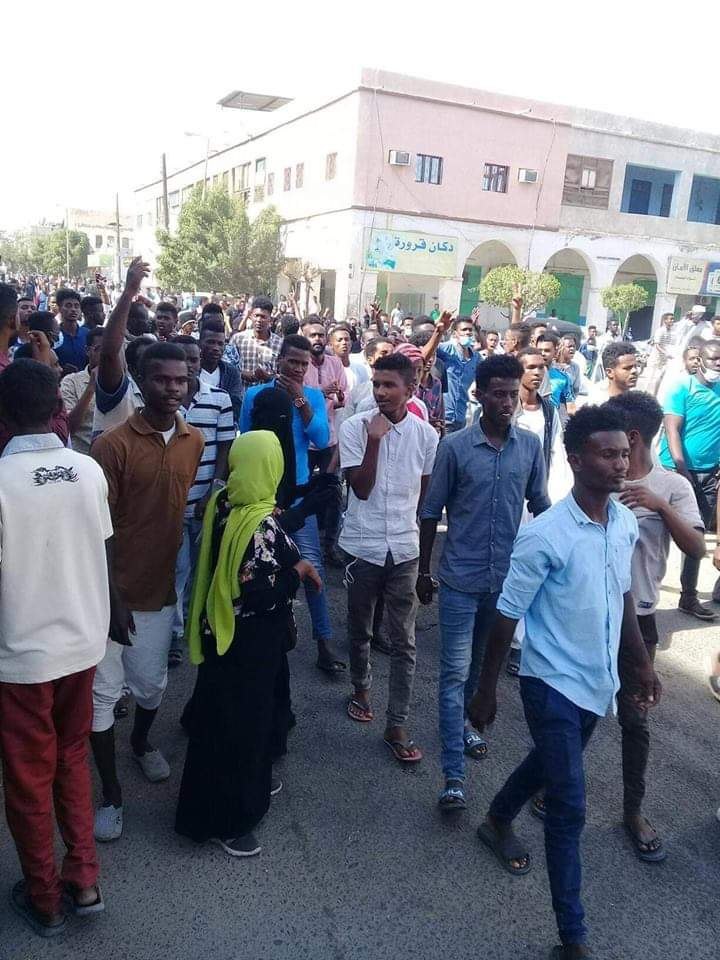 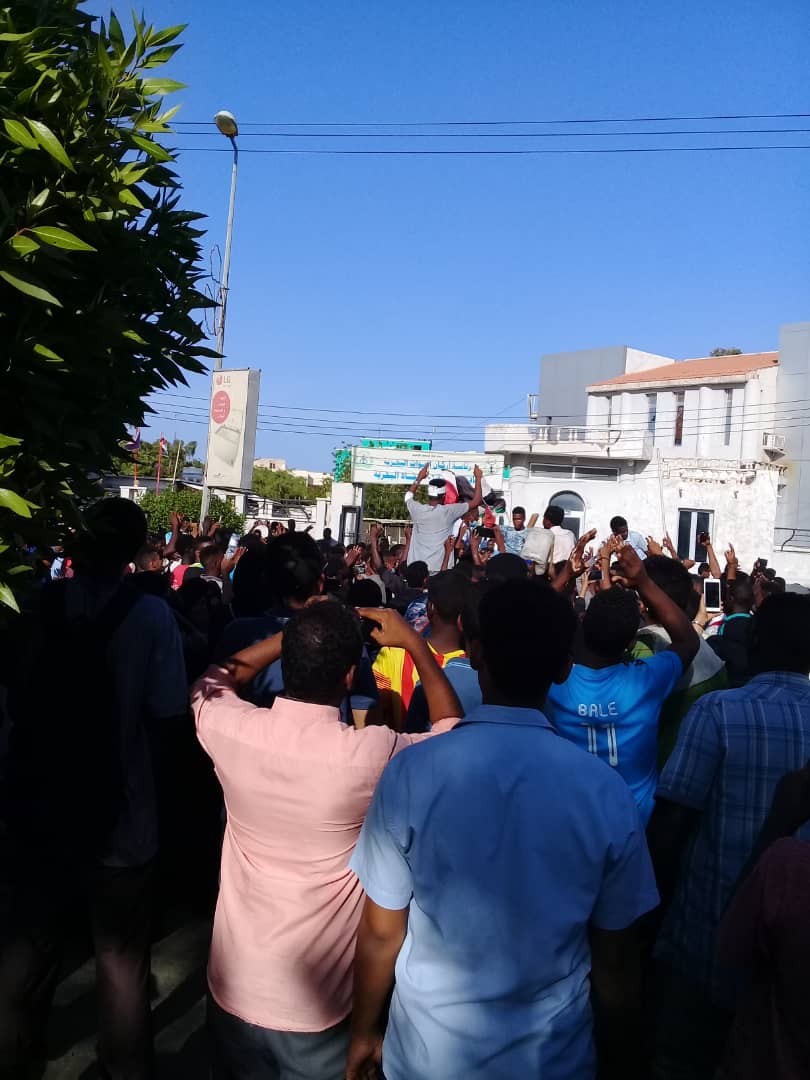 Multiple reports are reaching Radio Dabanga that the protests are continuing peacefully, with demonstrators embracing soldiers who are offering protection to the marchers. Amid chants from the public of “The army is our army and we are sovereign”, soldiers have been seen distributing water and refreshments to the marchers.

Thousands of demonstrators converged on President Omar Al Bashir’s residence in Khartoum on Saturday, in the largest protest for his ouster since the public #SudanUprising began in December 2018.

Mohamed Saleh, a university professor among the demonstrators outside the defence ministry, said the protest was a message to Bashir that the protests won’t stop.

“Today, we won and we are confident that the regime will fall,” the 63-year-old Saleh told Reuters, estimating the crowd to be at more than 100,000 people.

KHARTOUM 17:45 – Today’s mass demonstrations have drawn the largest crowds since the Sudan Uprising began in December

Hundreds of thousands are still thronging the streets and public squares of Khartoum as evening begins to fall, calling for the overthrow on the Al Bashir regime.

Ambassadors to Khartoum meet AUHIP to discuss future of Sudan