Hundreds of thousands still throng the streets and public squares of Khartoum as evening falls, calling for the overthrow of the Al Bashir regime. Radio Dabanga provided live news coverage during the course of the day.

The focal point in Khartoum is the Ministry of Defence, where thousands of demonstrators are no holding a sit-in. In a statement this evening (see video), National Umma Party Secretary-General and Sudan Call leader Sarah Nugdallah, who is at the sit-in in Khartoum, called on demonstrators surrounding the military HQ to stay where they are and “maintain the sit-in until the regime of Al Bashir steps-down”.

There have been a few reports of injuries to civilians due to the use of tear gas and live ammunition by security forces to disperse demonstrations. Eight people were wounded, three with bullets and five with tear gas, when security forces attempted to disperse the peaceful demonstration today at Kalma camp for displaced people near Nyala, capital of North Darfur.

However, there have been many more reports of Sudanese Armed Forces soldiers supporting and protecting the demonstrators. During the heat of the day, soldiers were seen distributing water and refreshments to the demonstrators in Khartoum. At one point, an army Colonel joined the civilian demonstrators, chanting ‘Tasqut bas!’ (‘Just fall, that’s all’), and was carried shoulder-high by the crowd, in defiance of calls by the ruling National Congress Party (NCP) to the army and students “to confront the demonstrators”.

Ahmed Haroun, who was recently appointed to head the NCP after Al Bashir stepped-down in March, and like Al Bashir, is wanted for war crimes by the International Criminal Court (ICC) in The Hague, called on the Sudan Armed Forces and loyal NCP supporters “to mobilise and take to the streets to counter the mass demonstrations”. The call was seen by opposition leaders as an attempt to provoke peaceful demonstrators to violence. 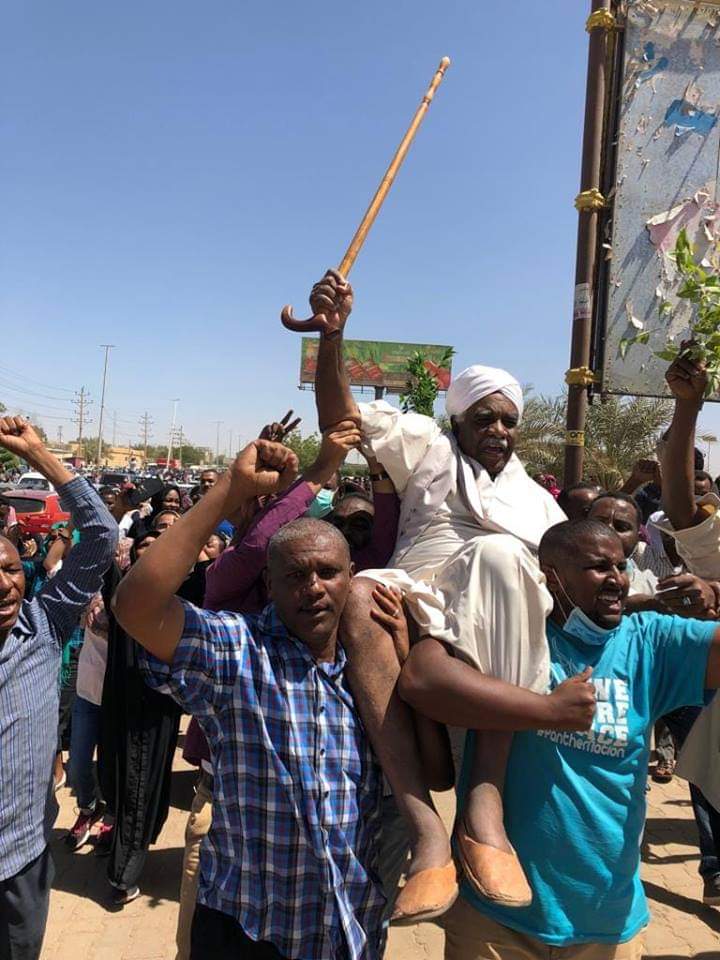 The march was attended by Sudanese of all ages

On social media, prominent US-based Sudan researcher and analyst, Prof Eric Reeves, commented: “This is simply an extraordinary moment by any measure – and those demanding peace, freedom, and justice are clearly not leaving the site of what is a truly massive gathering. The fruits of non-violent protests are on amazing display!”

Reeves: “Even one week ago, this scene would have been unimaginable. Today has indeed proved historic, and more history is to be made by those who have risked so much for freedom, peace, and justice.”

In a statement this evening, the Sudanese Professionals Association, a major force behind the Sudan Uprising, has called for public general strike tomorrow by “all professional and public sectors”. The association also urges the people of Sudan to continue demonstrating until the regime is overthrown. "We call upon all private and public pharmacy sectors, in Khartoum and all states of Sudan, and the student sector, to enter and attend the declared general strike as well."

The association also appealed to families, houses, companies, and restaurants, to assist with providing food and drinks to the public. They are also organising the use of public latrines, including those of the University of Khartoum.

The statement asks protesters not to enter any of the military areas “except with the permission of the army in case of extreme necessity”. 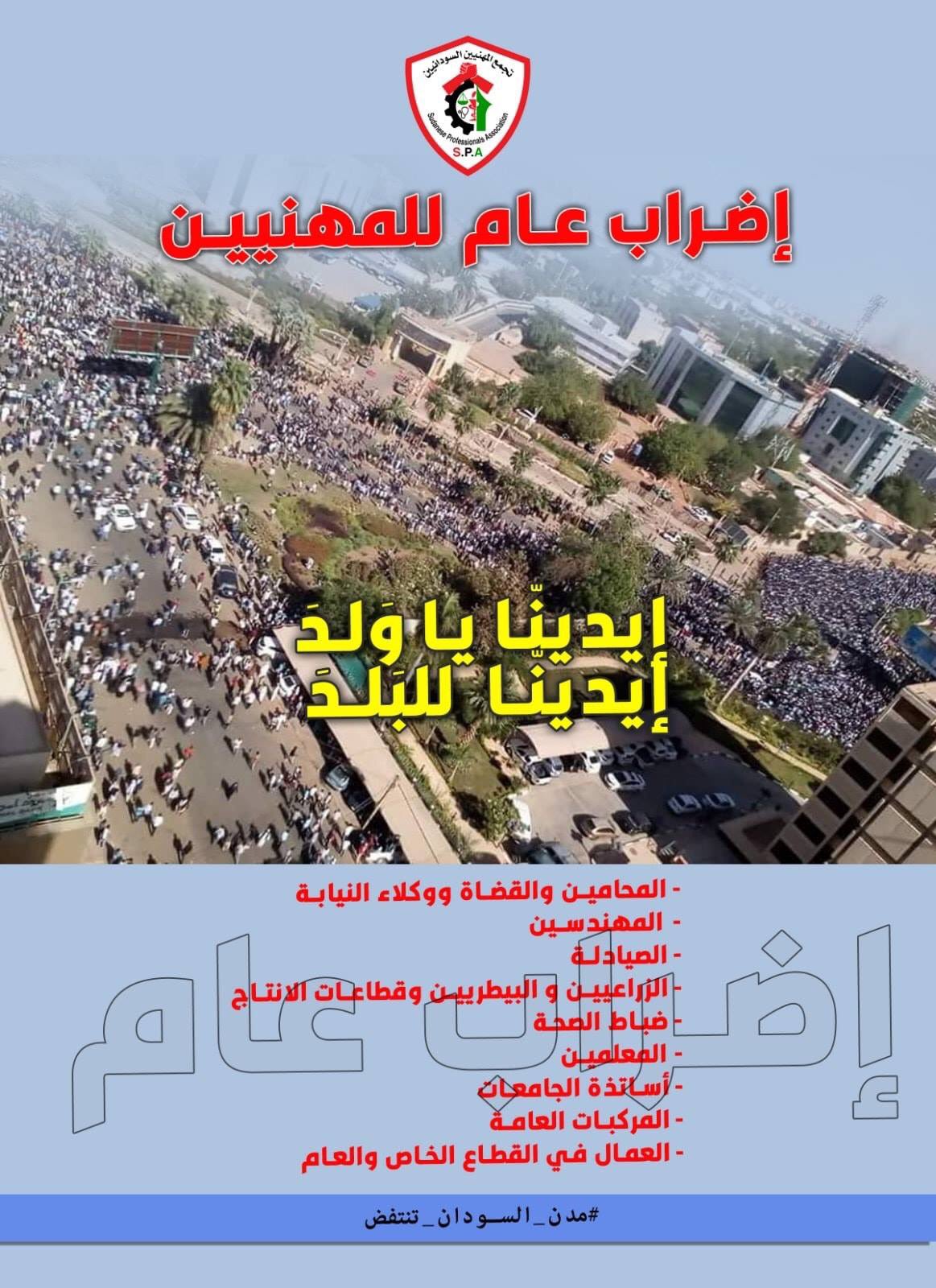