The new leader of Sudan’s ruling National Congress Party (NCP) and the leader of Sudanese Islamic Movement, have called for the Sudan Armed Forces and loyal NCP supporters to mobilise and take to the streets to counter the mass demonstrations planned for Saturday. However, opposition experts deny that the popular movement will be provoked to violence.

Political, human rights activists, and strategic experts have described the calls by NCP leader Ahmed Haroun and prominent Sudanese Islamist Nafi Ali Nafi, as “the death throes of a slaughtered beast”, and “an attempt to drag the Sudanese popular uprising to violence”.

The largest marches since the beginning of the current popular uprising, which began in December last year, planned for April 6 by the forces that signed the  Declaration of Freedom and Change, aim to confront the Sudan Armed Forces in all 18 states in the country. Demonstrations are also planned for cities across the world to call for the downfall of President Omar Al Bashir and his regime from power.

the Sudanese said would defeat this plan by committing to the peaceful and non-violent slogan raised for more than a hundred days.

In an interview with Radio Dabanga on the occasion of the passage of 100 days since the uprising started in December, internationally acclaimed expert in strategic studies, Dr Suliman Baldo said that “these calls by Haroun and Ali Nafi come after failing completely in the last 100 days”.

Baldo suggests that their strategy “is trying to turn the current movement to violence, in order to justify the escalation of violence against the demonstrations, and create strife among the different youth sectors in Sudan”, however, he stressed that he is confident that that the participants on April 6 will adhere to peaceful demonstrations, rather than the violent clashes sought by the regime”.

At a meeting with NCP youths at the Friendship Hall in Khartoum on Tuesday, Haroun, who was recently appointed to head the NCP after Al Bashir stepped-down in March, and like Al Bashir, is wanted for war crimes by the International Criminal Court (ICC) in The Hague, announced “a big clean-up campaign” targeting the national capital of Khartoum on Saturday.

He added: “If we throw a needle, we want it to fall on one of their heads”.

Hard-line NCP Islamist Nafi Ali Nafi said that the membership of his party “is ready for the match and to address any targeting… The scourges and targeting only increase our purity, clarity, determination, and readiness for any kind of confrontation."

‘Confusion and disquiet in NCP’

Dr Suleiman Baldo: “Al Bashir has created confusion and disquiet in his party and the Islamic Movement. This has led to their failure so far to mobilise any masses in credible numbers to support Al Bashir and his regime in the interaction with the popular movement.

He also doubted the enthusiasm of any of these entities after “Al Bashir has weakened them from being able to mobilise youths to address the mass peaceful movement”.

Baldo stressed that he is confident that “this peaceful movement, which is committed to non-violence, will continue and reach a new stage of comprehensive and continuous pressure on a weakened regime”.

Baldo described the continuation of the movement and its interaction for more than a hundred days as “proof of its vitality and transformation into a general culture”, and that “there is full courage in continuing to pressure the regime until it waives and be changed by a peaceful transition to democracy”.

He stressed in the interview with Radio Dabanga to be broadcast on Friday that the notable thing is that the movement has continued for more than 100 days with diversity and creativity in the forms of peaceful resistance committed to non-violence against the repression of the regime.

He stressed that the leaders of the movement, represented by the signatories to the Declaration of Freedom and Change, should speed up the pace of ending and completing the ongoing programmes and plans for the management of the transitional period, leading to the transmission of new energy and a new impetus for the mass movement to achieve change. 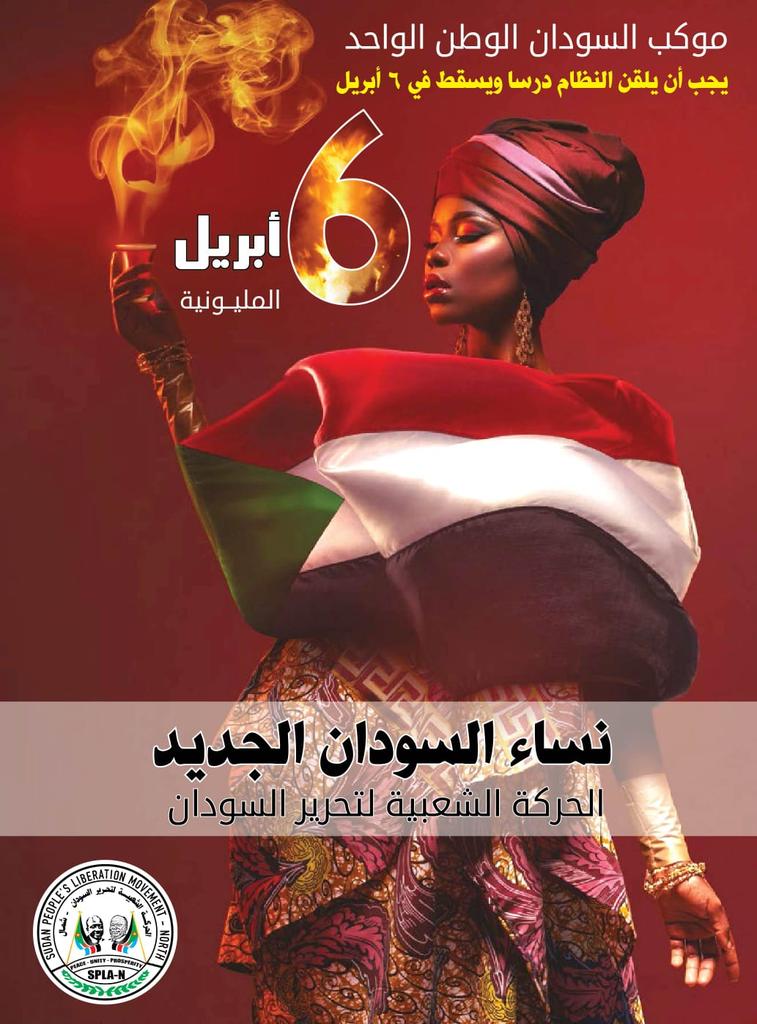 ‘March of Bread and Dignity’

The Sudanese are preparing on Thursday to go out in the March of Bread and Dignity announced by the forces signatory to the Declaration of Freedom and Change in the capital Khartoum and the cities of the states to demand the overthrow of the regime.

The marches of Thursday will be 48 hours before the largest march towards the General Command of the Khartoum army, the units and the garrisons of the army in the states to deliver the memorandum of the step-down of Al Bashir and his regime from the rule of the country.

On Wednesday, the Sudanese Professionals Association said in a statement that the Marches of Bread and Dignity will be held in various places in Sudan on Thursday to express the refusal of humiliation of the people and harassing them by the exorbitant rise of price of basic and essential living goods, and the lack of salaries of workers and liquidity in banks stolen by the thieves of the regime’s leaders and their clans of all the resources.

The statement added that the budget of the regime, which is taken away from the sweat of hard workers, is directed entirely to the regime’s security apparatus, militias and shadow battalions for killing and repression in the streets, torture in ghost houses, breaking into homes and terrorising people.

The statement confirmed that the March of Bread and Dignity will start in the national capital at 3 pm from Omdurman and Khartoum North and 1 pm from Khartoum.