People lining up for bread in Khartoum (Social media)

A compact digest of the past week's most-read highlights, from the heart of Sudan. Subscribe to receive this digest weekly in your inbox.

November 5 - 2021 KHARTOUM The UN Office for the Coordination of Humanitarian Affairs (OCHA) in Sudan published a flash update on the current situation in Sudan yesterday, with the country in political turmoil since the military coup on October 25.

According to the report, the situation in Khartoum and the rest of the country remains calm but unpredictable, with markets and shops being open across Sudan.

Support is needed for humanitarian action in Sudan, OCHA stressed. Food prices are rising and access to food is limited too as some markets are closed due to the coup, barricades on the roads, and ports were blocked in eastern Sudan by Beja protesters.

Listeners told Radio Dabanga from Khartoum that the prices of commodities have gone up. Lentils and sugar have become “very expensive” and bread is scarce and expensive too.

Banks re-opened across Sudan on 2 November, but internet networks are still down. Mobile phones are operating after interruptions in October. 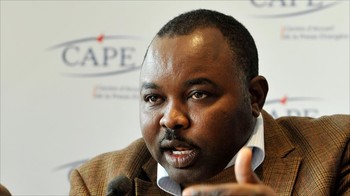 November 4 - 2021 KHARTOUM The head of the mainstream Sudan Liberation Movement (SLM-AW), Abdelwahid El Nur, has called for “a comprehensive popular revolution in order to overthrow the coup and restore Prime Minister Abdullah Hamdok”. He urged the resistance committees in Sudan “not to accept any compromise”.

In an interview with Radio Dabanga, El Nur asserts that “the salvation of Sudan lies in the restructuring of the military institution,” and called for the reintegration of all military and paramilitary forces into a single unified army, with a combat doctrine aimed at defending the citizens and protecting the land and the constitution, and non-interference in politics.

He considers the military’s suppression of demonstrations as “an attempt to turn the peaceful uprising into a bloody one,” stressing the need to adhere to peace. He stressed that the people’s will is stronger than all weapons.

Third Sudanese university in recess as El Gezira suspends studies
November 8 - 2021 WAD MADANI The Board of Deans of El Gezira University today announced the suspension of study indefinitely “in order to preserve the safety of the university’s students ...

Resolution calls on US Secretary of State to consider ‘targeted sanctions’ against Sudan coup leaders
November 7 - 2021 WASHINGTON A resolution has been tabled in the US Congress condemning the October 25 the military coup orchestrated by Lt Gen Abdelfattah El Burhan, head of the ...

‘Sudan coup result of warped incentive structures that trace back to the Al Bashir era’
November 4 - 2021 NEW YORK A new report by Suliman Baldo and JR Mailey published in The Sentry, entitled A Strategy for Revitalizing Sudan’s Democratic Transition, suggests that while ...

Journalists call for ‘full and uncompromised internet services’ to be restored in Sudan
November 4 - 2021 KHARTOUM The blackout of internet services in Sudan continues following the military coup led by Gen Abdelfattah El Burhan, that seized power on October 25. The ...

Hope for ‘tangible results’ as int’l community close ranks to mediate on Sudan political crisis
November 3 - 2021 KHARTOUM The international community has set in motion several initiatives for mediation between the civilian transitional partners behind Prime Minister ...