More than 4,000 people affected by floods in the disaster-stricken town of En Nahud in West Kordofan are still in dire need of humanitarian intervention.

A statement by the major opposition National Umma Party (NUP) appeals to all humanitarian organisations and friendly countries to urgently provide all forms of aid to those affected.

The party said that “the disaster was caused by the policies of the regime in the absence of proper standards of planning, disposition of the land, and the irrational interventions that led to the closure of outlets and drainage of water. This in addition to the distribution of more than 300 shops to the National Congress Party affiliates as part of the policy of empowerment.”

The statement says: “The demolition of the shops is but a recognition of the error that has produced the disaster”. It stressed that what happened “requires political and criminal accountability as a premeditated crime”. 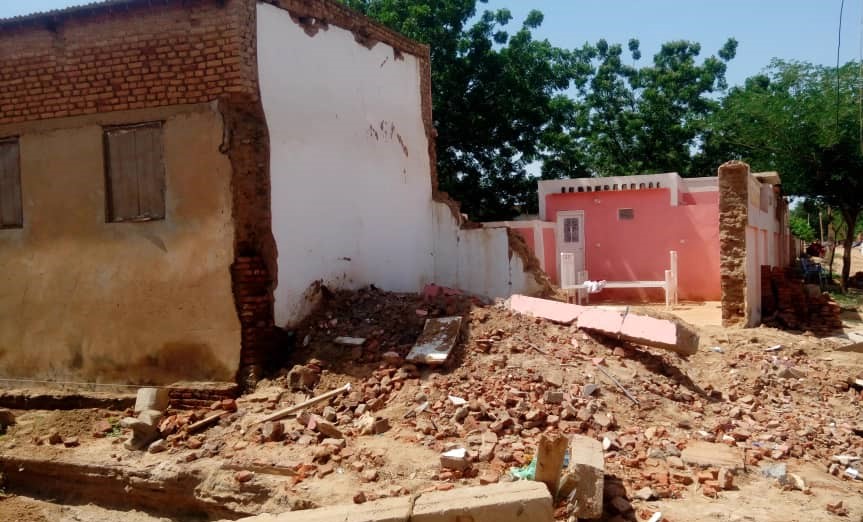 Torrential rains accompanied by hurricanes have led to the fall of a number of trees and the roofs of the houses of villages and large areas of the northern state, including Rajeila and Gureir of Merwe locality, El Ghaba and El Baja of El Daba locality and Dongola in Sudan’s Northern State.

Lt. Col. Abdelrahman Mohamed Hassan, the director of civil defence department reported that the rains have not caused any loss of life.

Flash floods caused hundreds of houses to collapse in Sennar state after more than five hours of continuous rain on Saturday. 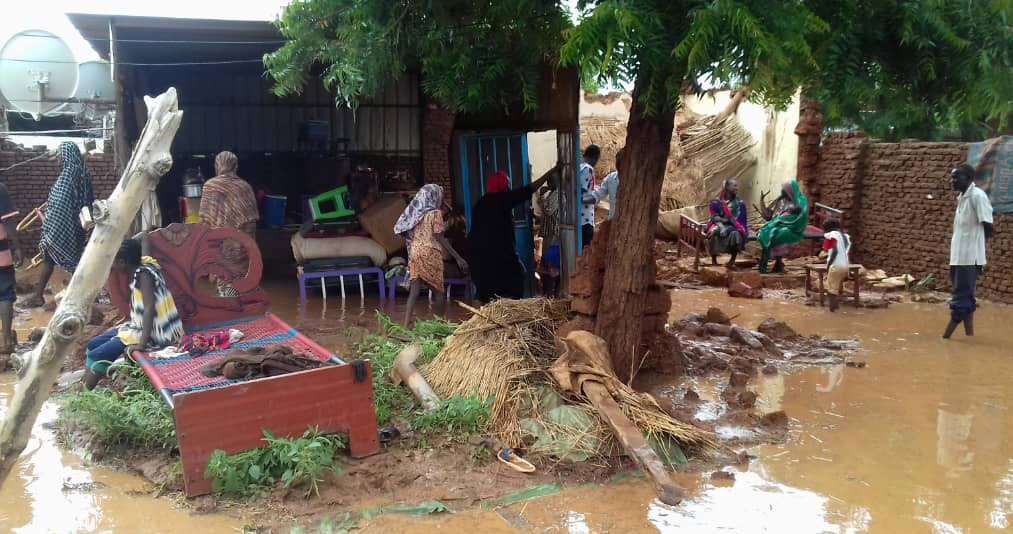 A senior native administration official told Radio Dabanga that on Saturday the floods caused great destruction of houses that are still being counted to identify the damage.

He pointed out that the residents of those affected are now in the open without any shelter.

He appealed to the voluntary organisations to provide urgent assistance to those affected.