A queue for bread in Khartoum (RD)

The bread crisis in the Sudanese capital of Khartoum as well as the states has reached a peak, leading to the closure of the bakeries for lack of flour and forcing residents to queue for long hours, often without success.

The outskirts of the capital are suffering the most. Yesterday, residents of Sudan’s second city Omdurman, on the opposite bank of the Nile from Khartoum, told Radio Dabanga that they are often waiting for long hours from one bakery to another without any result.

One of the residents said that all the families had to go early after the morning prayers to stand in lines for bread. A housewife from Arkawit in Khartoum told Radio Dabanga that searching for bread, which would take most of the day, has become the main concern for families.

In eastern Nile state, Residents of El Haj Yousef said the bread crisis has covered all the different blocks in an unprecedented manner.

Yesterday, a housewife from El Haj Yousef El Radmiya told Radio Dabanga that some blocks saw a total lack of bread where the inhabitants spent their day searching from a bakery to another in search of bread for no avail.

The coalition of the national consensus forces said that the stop of production, the exasperation of everyday suffering and bread lines reflect the imminent complete economic collapse in the country.

It stressed that the harsh living conditions experienced by people and the rise in prices confirm the collapse of the hunger budget announced for the year 2018, which only emerged in the first half of the year, increasing the trade deficit to five billion Dollars. 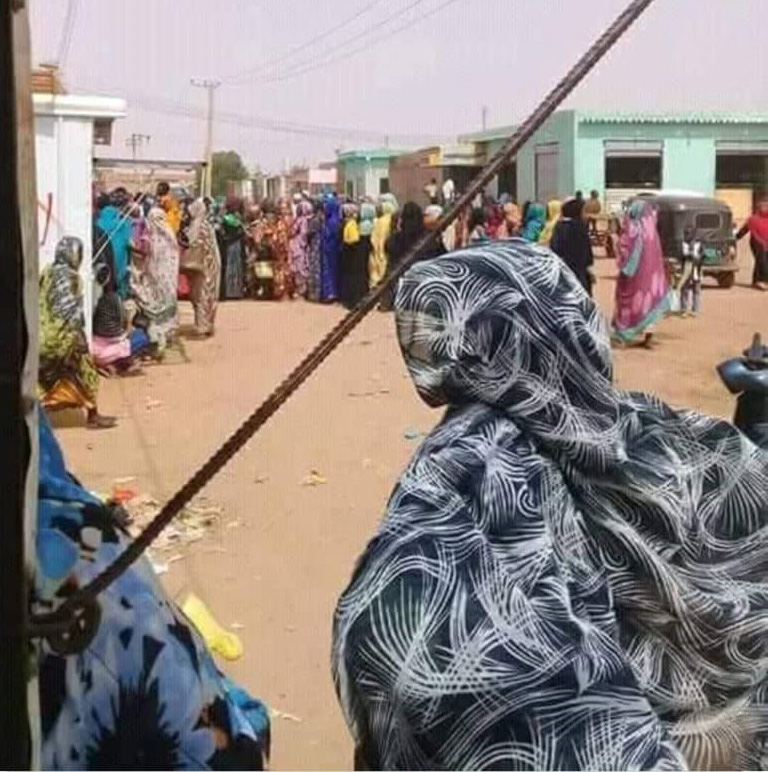 The bread shortage is a knock-on result of the chronic fuel crisis in Sudan. This impacts logistics and puts mills under pressure leading to a shortage of flour, however vehicles to transport the flour to bakeries must queue for fuel. The bakeries themselves are also short of gas to fire their ovens.

The ongoing crisis threatens longer-term food supplies in Sudan as agricultural projects are also in short supply of fuel.