The Sudanese Pound (SDG) continues to fall against the US Dollar, as the greenback surpasses the SDG 70 threshold on the parallel market in Khartoum. This in spite of a crackdown against street forex traders by the security authorities this weekend.

Financial analyst, former banker and civil society activist Hafiz Ismail  predicts “the depreciation of the Sudanese Pound and the deterioration of the standard of living will continue to an unusual extent, with no foreseeable end”.

His remarks came after the Dollar purchase price in the black market rose to between SDG 62 and SDG 63 for cash and for cheques at SDG 72.

The Market Makers Mechanism retains the Dollar purchase price of SDG 47.5 in commercial banks and ATMs, however, Ismail told Radio Dabanga that partial treatment as it is happening now is for no avail and stressed the need for radical treatment in the overall framework. 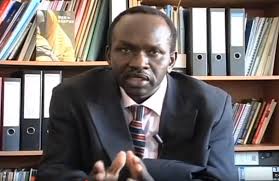 Ismail says: “The current government does not have the ability to find any radical solutions due to the weak infrastructure of the economy, the large balance of payments deficit, and the lack of sources of financing or external borrowing.”

He pointed out that “the government’s attempt to drain cash liquidity created another problem: It converted the same currency into a commodity so that the price of the cheque and the price of hard cash are different.” He added that “many people are trading in the Sudanese Pound.”

He attributed the problem to the lack of the overall view of the solution and the lack of means of reform in the hands of the current government.

The rate of inflation in Sudan rose to 68.93 per cent in November.

Ismail: “Prime Minister and Finance Minister Motaz Mousa did not imagine the severity of the crisis when he took office because the problem looked like an economic crisis. However, it is in essence a crisis of governance that needs radical reforms, a comprehensive review of the state apparatus, performance of government, and fighting corruption.”

Ismail said that “contrary to the belief of many, Sudan is not a free market because a few groups are monopolising goods and control their prices”.

He pointed out that the increase in commodity prices occurs much higher than the decrease of the value of Sudanese Pound because traders in this way want to maintain their capital despite the disastrous effects on the citizen.

He added that the lack of confidence in the government makes things worse because officials say contradictory things and make promises that do not keep or have the ability to do so, which accelerates the deterioration.