The Sudanese government's delegation boycotted the joint opening session for the peace talks with Sudanese armed rebel movements in Ethiopia's capital on Thursday. The delegates argued that the mediators of the African Union have adopted the viewpoint of the rebel groups, that of a comprehensive peace process for all conflict areas in Sudan.

Government delegations are to hold separate negotiations in Addis Ababa with the Sudan People's Liberation Movement-North (SPLM-N) on South Kordofan and Blue Nile states, and on the Darfur region with the Justice and Equality Movement (JEM) and the Sudan Liberation Movement led by Minni Minawi (SLM-MM). The African Union High Level Implementation Panel (AUHIP) under Thabo Mbeki brokers the two talks.

The head of Khartoum's team for the Darfur negotiations, Amin Hassan Omar, refused to attend the joint opening session at the Marriot Hotel because all Sudanese rebel movements were present, he told the press. “Our withdrawal is an expression of our rejection of the new platform in Addis Ababa.

“Even the opening session should be held separately. But the AU mediators put all movements in one room. This was not as agreed with Thabo Mbeki,” Omar said.

The opening session was attended by the US special envoy Donald Booth, and some British diplomats as well as representatives of the East African regional bloc, the Intergovernmental Authority on Development (IGAD). Khartoum's delegation for the tenth round of negotiations on the 'Two Areas' (South Kordofan and Blue Nile) led by Ibrahim Mahmoud Hamid did attend the opening event. 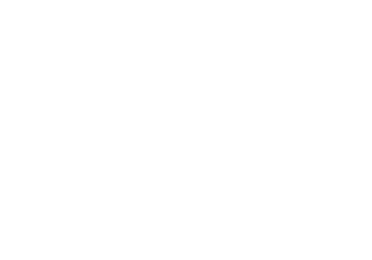 Rebel leader Minni Minawi defended the participation of all armed movements in the session, saying that the two peace tracks are part of one peace agreement for the entire Sudan.

“This move is an escape by the government's delegation. It confirms the unwillingness of Khartoum to achieve peace.” He told Radio Dabanga that his delegation has prepared their responses to the AU mediators on a cessation of hostilities and allowing humanitarian assistance in Darfur, ready for Friday evening.

Omar added that his delegation for Darfur is ready to sit with the two rebels groups to reach a ceasefire and to create a conducive environment for the National Dialogue in Sudan. He told a Sudan Tribune reporter that Addis Ababa is not the appropriate place to discuss political issues pertaining to the Darfur region, and that Doha remains the appointed place for any peace talks on Darfur based on the Doha Document for Peace in Darfur (DDPD, signed in 2011).

The SLM under the leadership of Abdel Wahid El Nur (SLM-AW) has refused to participate in any of the negotiations.

The Sudanese army has been fighting the SPLM-N in South Kordofan and Blue Nile states since 2011 and the armed movements in Darfur since 2003.