At a conference brokered by the UN Interim Security Force for Abyei (UNISFA) that ended today, leaders of the disputed border area’s Misseriya and Dinka communities agreed to seek ways for peaceful coexistence.

A statement by UNISFA following the joint Misseriya-Dinka post-migration conference says that highlights included the resolve by the two communities to jointly undertake peace building and confidence building activities that provide space for further strengthening of trust, peaceful co-existence and economic interdependency as well as initiatives to tackle issues of scarce resources (i.e. water), environment and security.

The conference at Todach, 20 kilometers north of Abyei town, was attended by 40 representatives of the Joint Peace Committee and leaders from eastern, southern and northern transhumance corridors within Abyei (20 from each of the two communities). 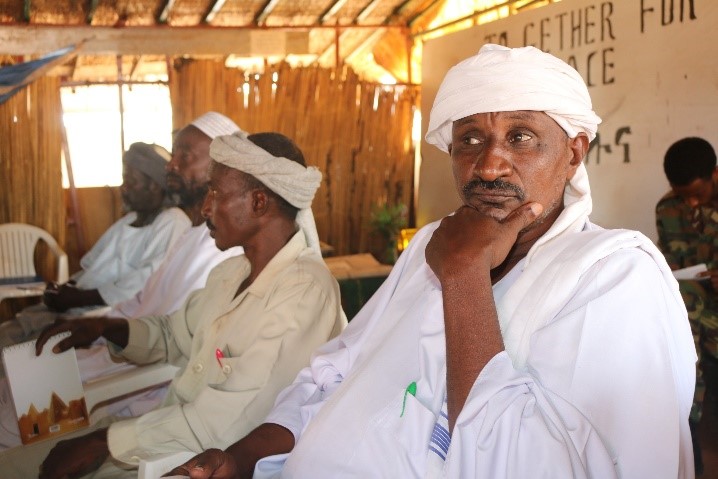 “Abyei is characterised by nomadic movements mainly by the Misseriya and transhumance migration processes, which by themselves exert extreme pressure and demand on resources such as land and water remains an integral part of Abyei; a way of life that not only defines Ngok Dinka and Misseirya communities’ social cohesion, but their culture as well as well-being of their livestock” the UNISFA statement explains.

The participants requested expansion of UNISFA’s military presence particularly in the Eastern migration corridor, and resolved to involve the Nuer in future peace processes notably migration conferences and agreements. The conference further agreed that the pre-migration joint conference would be held before the onset of the next dry season and the start of the Southward migration in January 2019.

The conference is located within the context of the efforts for the search for common grounds for amicable co-existence between the Misseriya and Ngok Dinka. Ms Mwila Kamwela, speaking on behalf of UNISFA and organizers assured the participants of UNISFA’s support throughout the process. Stressing that the conference was an important occasion that will allow both communities of Ngok Dinka and Misseriya to address issues of mutual concern.

Abyei is the traditional homeland of the Ngok Dinka, a tribal group with strong ethnic, cultural, and linguistic ties to the Dinka of South Sudan. Misseriya herders, members of a northern nomadic Arab tribe, seasonally traverse Abyei and other north-south border areas with their cattle in search of pasture in the dry season and to trade goods.

Abyei’s rich oil reserves make the region economically desirable to both Sudan and South Sudan. The area is still contested. Resolving the status of the area is one of the essential steps the two countries need to take to ensure long-term peace in the region.