400 people took to the streets in London on Saturday 30 June afternoon to protest increasingly friendly ties between the governments of the UK and Sudan (Picture: Waging Peace)

400 people took to the streets in London on Saturday afternoon to protest increasingly friendly ties between the governments of the UK and Sudan.

According to Maddy Crowther of Waging Peace, an organiser of the protest, 400 people turned out on 30 June to walk peacefully from the Sudanese Embassy to the official residence of the British Prime Minister at 10 Downing Street in London. Other organisations involved were the Humanitarian Aid Relief Trust (HART) and Stand UK.

The protest was held in light of the “strategic dialogue” which has opened up between the UK and the Sudanese government. The relationship has become increasingly friendly since 2016, as the two countries attempt to collaborate on “bilateral issues, the peace process, human rights, development, trade and investment, migration, defence engagement, counter-terrorism and countering violent extremism, regional issues and culture.” The next strategic dialogue will be held in October 2018 in London. 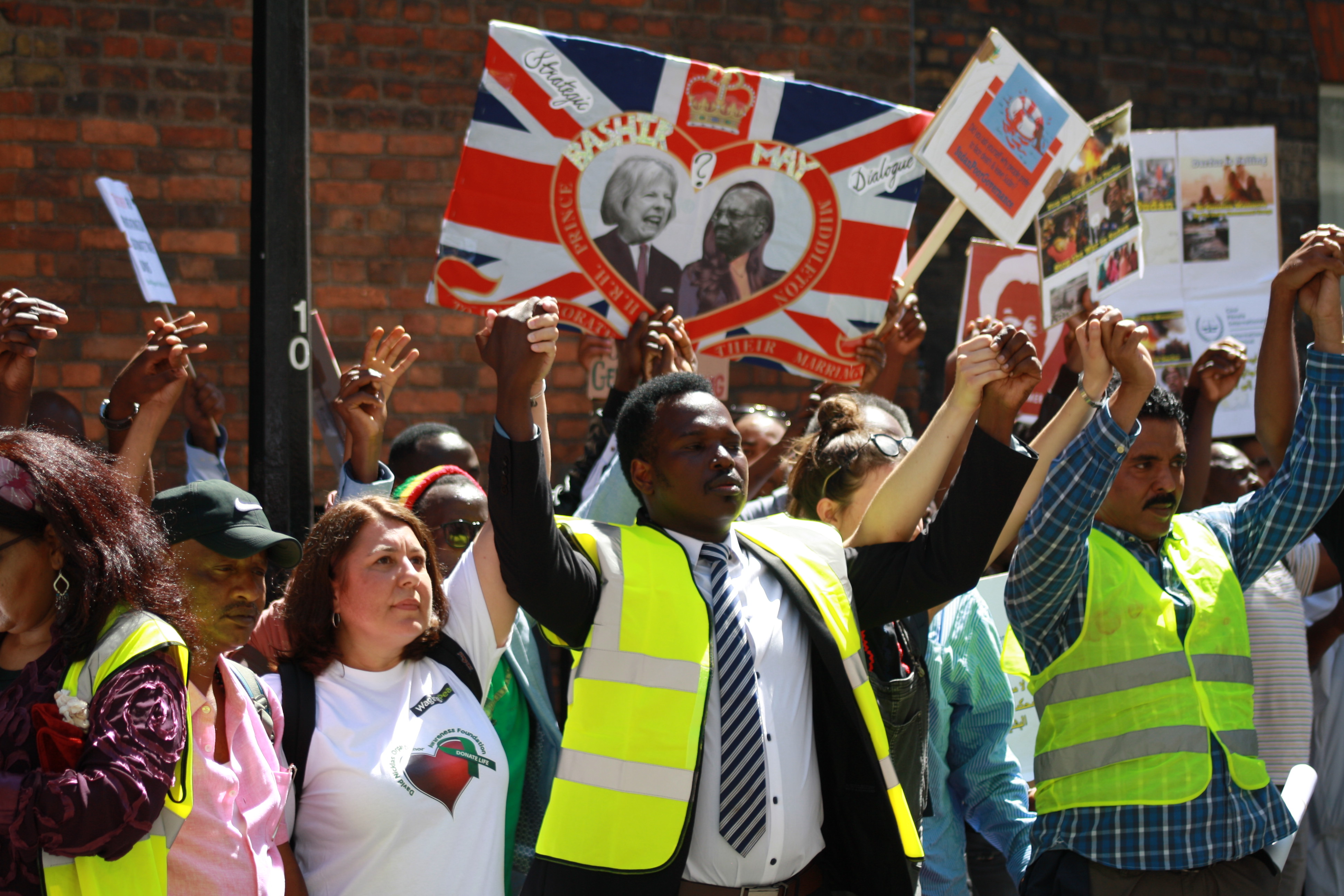 400 people took to the streets in London on Saturday 30 June afternoon to protest increasingly friendly ties
between the governments of the UK and Sudan (Picture: Waging Peace)

There have been five meetings between the UK government and Sudan since 2016, yet protesters claimed that there have been no tangible changes to the daily lives of Sudanese people since the dialogue opened up.

During the protest shouts of “Al Bashir to ICC” and “No more war in Sudan” could be heard. The aim of the protest was to show the government that people living in the UK do not agree with collaboration with Al Bashir, who was indicted in 2009 by the International Criminal Court on counts of genocide, war crimes, and crimes against humanity. 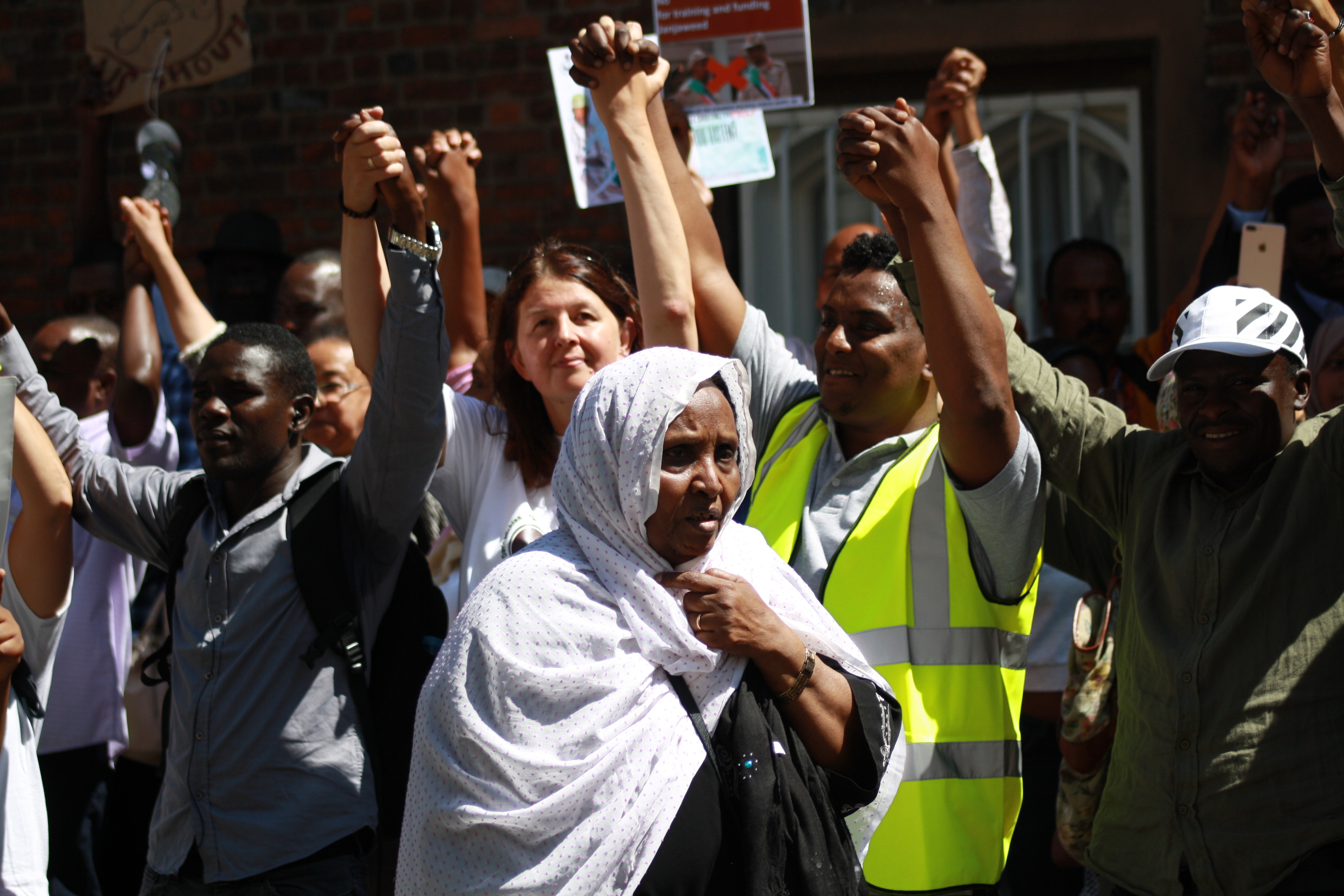 A second aim was to show solidarity with people in Sudan who are suffering due to ongoing conflict and repression, calling on the British government to promote “a peaceful society.” 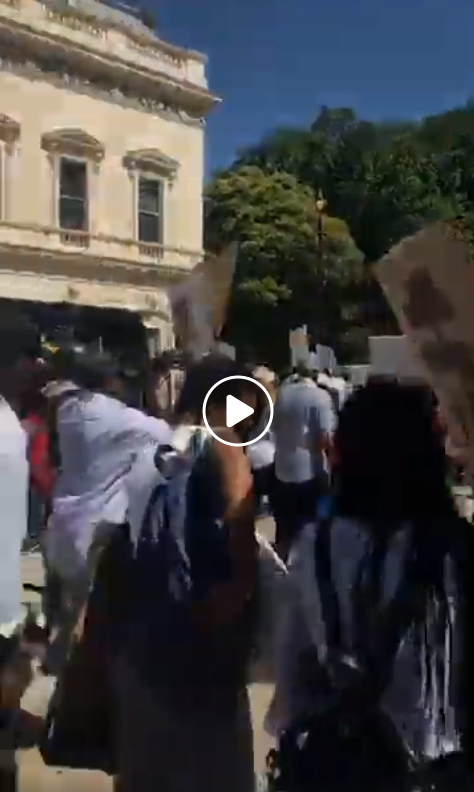 In the aftermath of the protest, a 45-minute video which shows protesters walking
past the Sudanese Embassy towards Whitehall went viral on Facebook,
picked up largely by the online Sudanese community. (Video: Waging Peace)