The president of the opposition Sudanese Congress Party and head of the Sudan Call “home faction”, Omar El Degeir, says the protests in Sudan against the government of President Omar Al Bashir have turned into a broad resistance movement against a corrupt and despotic regime within a period of 100 days.

In an interview with Radio Dabanga on the passage of more than 100 days of Sudanese protests against their government broadcast on Saturday, El Degeir says: “This revolt has become a weapon of awareness of the causes of the crisis which is no longer a matter of bread, cash or fuel”.

He stressed that the people summarised the solution to the many crises in the country in two slogans “Just fall” as the only option for the Sudanese in the face of the regime, and “Freedom, peace and justice” which means reconstruction on new and sound basis that recognises the diversity of Sudanese reality and improves its management.

He stressed in the interview that what is now required of the opposition forces that signed the  Declaration of Freedom and Change, is to become the largest possible front for salvation.

Regarding the largest marches so far planned for April 6, called for by the forces that signed the  Declaration of Freedom and Change to confront the Sudan Armed Forces in all 18 states in the country, he called on all Sudanese in the countries to make this march “a milestone in the history of this movement by peacefully mobilising the largest number of people on the streets to demand their right to freedom, dignity and the return of their “kidnapped homeland. 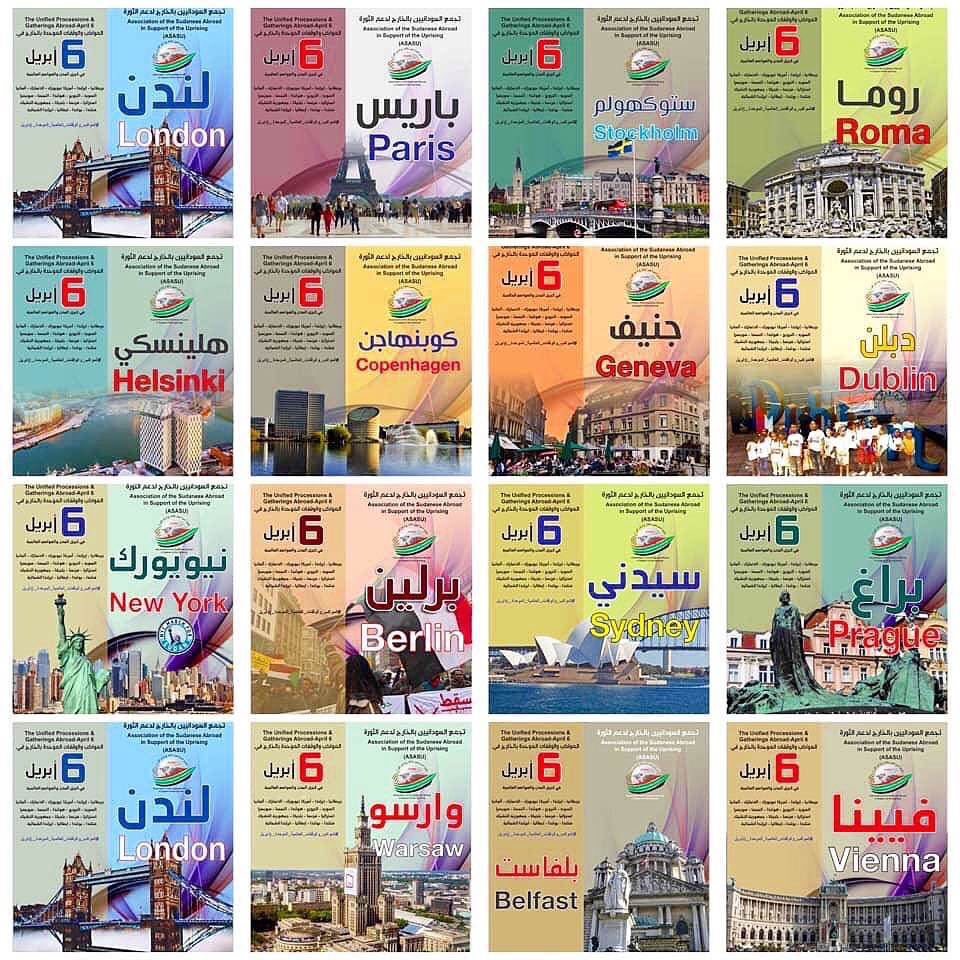 He called on all the forces in the regime’s camp to obey the voice of truth and living conscience by standing with their people in a real demand for change.

Hamid Nur, Head of the Darfur Civil Society Organisations Platform commented on the continuing revolt of the Sudanese by saying that it exposed this regime as “a complete failure that depends on [the use of] force and has no public support or any other force that can go out to the streets to support its survival”. He said, “In more than 100 days of demonstrations that took place in all the cities, villages and towns, we have not seen any masses of the government other than soldiers, security forces and militias.

Nur stressed that this uprising has greatly unified the opposition forces despite their differences on one hand, and led to the exit of political parties from the government coalition led by Al Bashir’s National Congress Party on the other hand.

He pointed in this regard to the withdrawal of more than 23 parties from the government who are now siding with the opposition.

Regarding the marches planned for April 6 announced by the signatories of Freedom and Change heading to the general command of the army, Nur said the choice of this date (April 6) did not come at random at all, but the same date that the Sudanese uprising in 1986, overthrew Nimeiri regime.

He added that on that day, the Sudanese army played an important role to resolve this problem with the then as well dictatorship government.

He said, “The role of the armed forces was symbolic. These marches will go to the general commands of the army to remind them of their historic and constitutional responsibility to protect the people and the homeland rather than a regime.

Nur said they have called on the Sudanese “in any place in the country, in the centre and the peripheries and the centre, to go out on April 6 in peaceful marches to address the armed forces and ask the regime to step down and hand over power to the people.