At a press conference in the Teiba Press Hall in Khartoum on Thursday, Sudanese social media activists reported they have repeatedly been harassed, threatened, and bribed by the authorities while covering events in Khartoum.

The activists said that they try to fill “the vacuum in news reporting about sensitive issues that has been created by satellite channels and newspapers still controlled by figures of the former regime”.

The activist asserted that they have been offered money or a better-paying job in a commercial enterprise, in exchange for not covering events or for covering events opposing the popular uprising. “They use the carrot as a weapon.”

Several employees of the Radio and Television Corporation launched a vigil in Khartoum on Thursday demanding the removal of people from media institutions who were appointed by the former regime.

The employees claim that all departments are still under the control of members of the deposed Al Bashir regime, and that the current programming on television does not conform to the changes that have taken place in the country.

The protesters called on Prime Minister Abdallah Hamdok to intervene to bring about radical changes within the corporation. 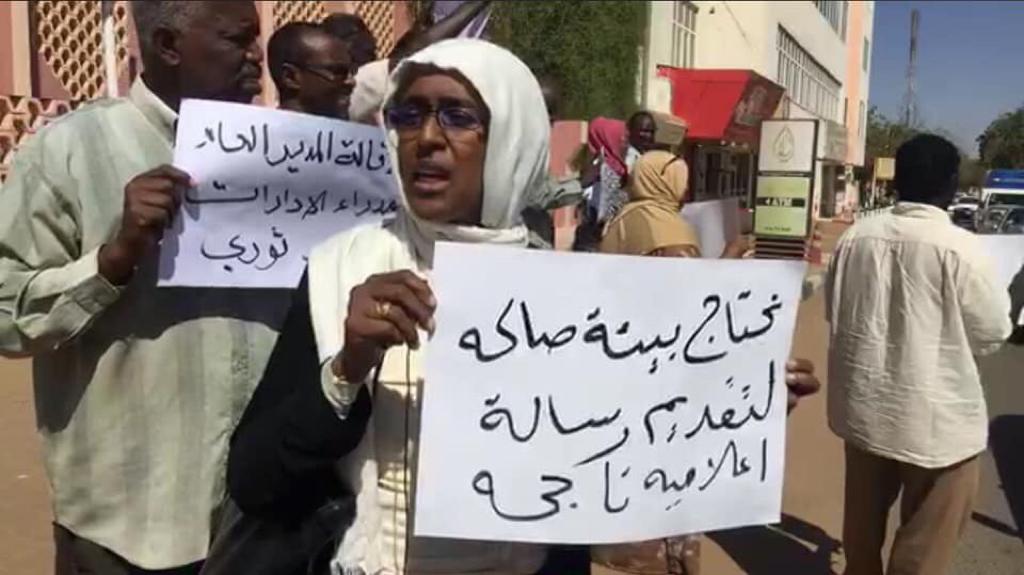 Ministry: No impunity for crimes against journalists in Sudan