The delegation of the Sudanese government joins consultations on the peace negotiations with the SLM-MM, JEM, in the city of Berlin on 16 April 2018 (RD)

Also the Sudanese armed movements that have been meeting with the delegation of the Government of Sudan in Berlin, Germany, expressed hope for a positive outcome of their informal consultations this week.

The consultations about the continuation of the peace process between the parties started in the German capital on Monday. On behalf of Khartoum, Presidential Aide Dr Feisal Hasan has been discussing the prospects of the peace talks with the Sudan Liberation Movement (SLM-MM) and the Justice and Equality Movement (JEM), led by Minni Minawi and Jibril Ibrahim respectively.

Yesterday, the two movements said in a joint statement that they hoped that the government delegation came to Berlin with a true will and political resolve to overcome the obstacles that hinder the convening of genuine talks about peace in Darfur, South Kordofan and Blue Nile. The German government has invited the parties for informal consultations. 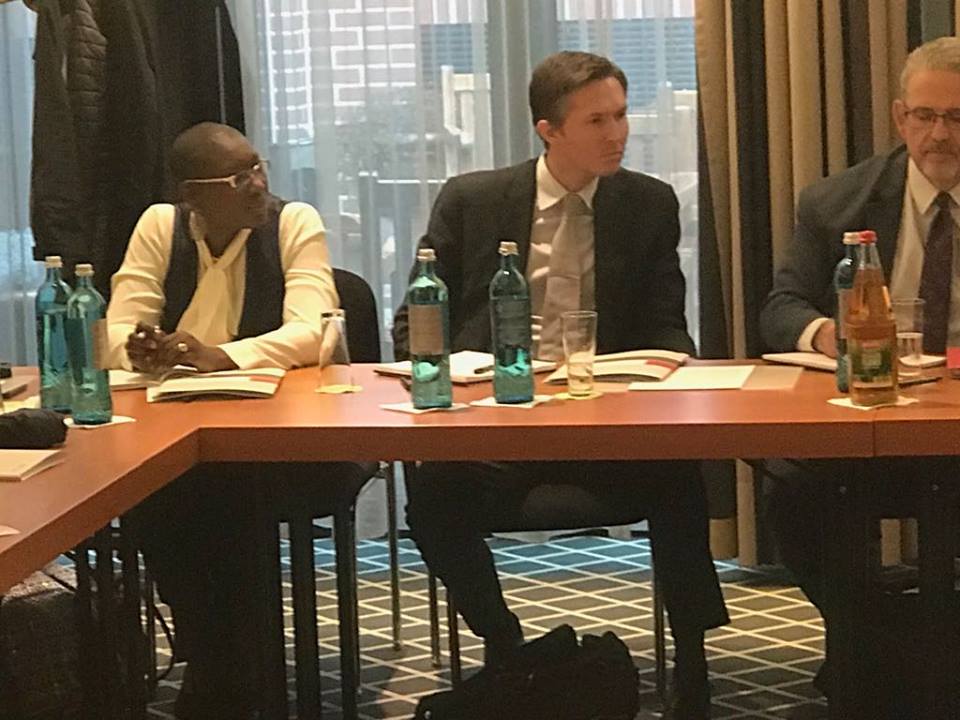 The statement continues that: “However, the two movements are committed in letter and spirit to the outcome of the recent Sudan Call meeting and would not agree to any arrangement that does not lead to an inclusive national solution for the Sudanese problem.”

The rebels added that they accepted the invitation to participate in the meeting, in order to “put an end to the protracted suffering of our people in the camps for displaced people and refugee camps, and the people of Darfur and Sudan in general.”

On Sunday, the attending European Union Ambassador Dumand expressed his hope that the dialogue in Berlin will lead to a permanent cessation of hostilities in Sudan so that the conflict-torn regions can achieve development.

In an attempt to revive the peace negotiations between the Darfur armed movements and Khartoum, the German government has invited the parties for informal consultations several times. Negotiations, under the auspices of the AUHIP collapsed as the government insisted on the 2011 Doha Document for Peace in Darfur as the basis for the talks, while the rebel movements have categorically rejected this agreement signed by Khartoum and a coalition of Darfur breakaway groups.

Last July, the German special envoy to Sudan called on the two movements to meet in Berlin to discuss future peace negotiations with Khartoum, to revive the peace process and address the humanitarian situation in Sudan’s conflict zones. There have been several attempts to revive the talks by preparing an agenda, including sessions in Paris, France, in September 2017 and discussions in Germany.

Sudan govt., rebels blame each other for failure of Berlin negotiations