On Sunday, Sudan celebrated International Women's Day by affirming the struggle and pioneering role of Sudanese women in various fields. Government officials issued statements. The Be Strong women’s organisation staged a vigil in Khartoum demanding amendments of the 1991 Personal Status Law. The Netherlands will continue to support women football in Sudan.

Prime Minister Abdallah Hamdok assured his government’s commitment “to end all aspects of institutional and social discrimination against women, in order to ensure their rights in all parts of the country.

“Achieving equality is one of the basic principles for making a successful and sustainable peaceful transition in Sudan,” he said. “The participation of women in all its institutions should be enhanced in a way that reflects their great role in the transition”.

Sovereign Council member Aisha Mousa lauded the brave Sudanese women in history and praised the men who supported them in their “heated struggle”.

She referred in particular to Fatima Ibrahim, who became the first woman parliamentarian in the Sudanese parliament in 1965.

Mousa pointed to the slogan of this year’s International women’s Day, Gender Equality Benefits Everyone, and affirmed that equal rights and obligations, regardless of gender, ethnicity and religion, will help establishing strong communities.

She also praised the role of women in conflict-torn dispute areas in Darfur, South Kordofan, and the Blue Nile state, where women continue fighting for their rights in public events, fora, and workshops.

The Council of Ministers also paid tribute to Sudanese women on Sunday, “because they participated in all stages of history and made history many times”.

“Sudanese women suffered and still suffer from all kinds of violence, despite their undeniable contributions to earn a living, raise generations, manage communities, and exert efforts on all fronts without exception,” the Council said in a statement.

“The road to development is still difficult, but the transitional government is working hard to implement measures that protect women's rights and implement the principle of equal rights and quality justice.”

On 17 February, the Sudanese government launched national standard operating procedures on the prevention of and response to gender-based violence.

On Saturday, Sovereign Council member Raja Abdelmaseeh visited the Omdurman Women Prison, where she inspected the various departments inside the prison.

She also spoke with a number of inmates, and understood that some of them are serving sentences that seem to high for the crimes committed. “I hope that the inmates can contact the concerned authorities, and have their prison sentences and fines reduced,” she said.

On Sunday afternoon, the Be Strong women organisation, in cooperation with other civil society organisations, staged a protest against the 1991 Personal Status Law in front of the Ministry of Justice in Khartoum.

In a memorandum they urged the formation of a committee to investigate the violations that occurred to them due to the 1991 Personal Status Act, such as denying the right of mothers to custody over their children.

They state that women should be given “full rights without discrimination” as stipulated in Article 8 of the Constitutional Charter signed by the then ruling Military council and the Forces of Freedom and Change in August 17 last year.

Sudan's Personal Status Law governs legal procedures that pertain to personal and familial relations, including marriage, divorce and inheritance, and are based on the Shari'a, the divine law of Islam. For example, a guardian should be appointed to sign the marriage contract on behalf of the bride.

Yesterday, the Dutch Ministry of Foreign Affairs tweeted that “The Netherlands is a proud supporter of women's rights, on #InternationalWomensDay”, on every other day of the year, and on a soccer field in Sudan”.

The Ministry added a link to a YouTube video showing the Dutch former professional football player Rocky Hehakaija training the Sudanese women in Khartoum in January.

Dutch ambassador to Sudan Karin Boven wished all women in the world a happy Women’s Day. She pointed hereby to the celebration of “our 2nd batch Female Incubatees of @orangecornerssd. The business women of tomorrow.”

Orange Corners is an initiative of The Netherlands that provides young entrepreneurs in Africa and the Middle East with the necessary training to start and grow their start-ups. 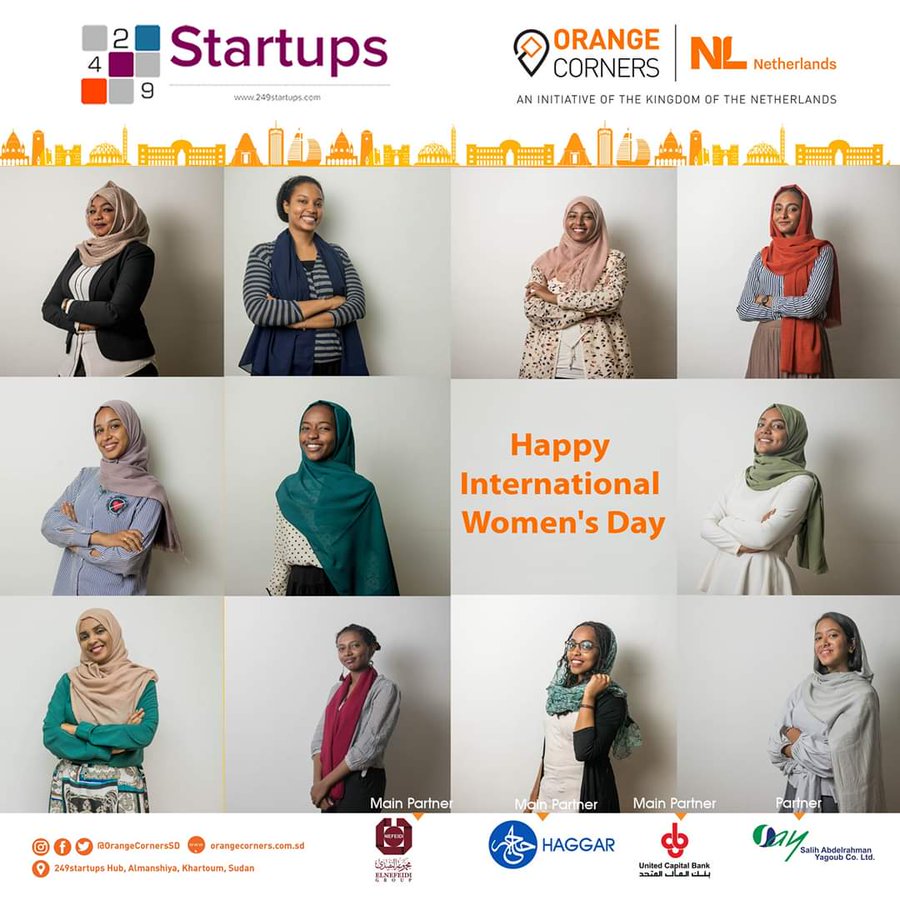