A sit-in in Nierteti in Central Darfur demanding security, a halt to the daily attacks on civilians, disarmament of the militias, and arrest and trial of the perpetrators, entered it’s second day on Monday. The sit-in follows a mass demonstration on Sunday against the rampant insecurity in the area.

The demonstrators are calling for more protection during the agricultural season. Perpetrators must be brought to justice and the militiamen in the area disarmed.

They say the local authorities failed to combat the insecurity in the area, and demand the dismissal of the executive director and the director of the security committee of Nierteti locality, and the removal of the current security forces, and members of the Military Intelligence and paramilitary Rapid Support Forces (RSF) from the locality.

On Monday, the Darfur Bar Association (DBA) expressed its support to the protestors. In a press statement, the lawyers called the demands of the sit-in “legitimate and fair”. It is “a request to the authorities to accelerate the purging of the official bodies from affiliates of the defunct regime, and to preserve the security and safety of the people”.

The DBA criticised the delay in purging the locality authorities of Nierteti from affiliates of the deposed regime. “The failure to do so will deliver wrong messages to the people, that the revolution governments at central and state level are not serious, which undermines the credibility of those in charge of state affairs.”

The Darfur lawyers called on the locality authorities to consider securing the sit-in, treat the protesters with respect, and provide health instructions to the demonstrators to prevent the spread of Covid-19 among them. 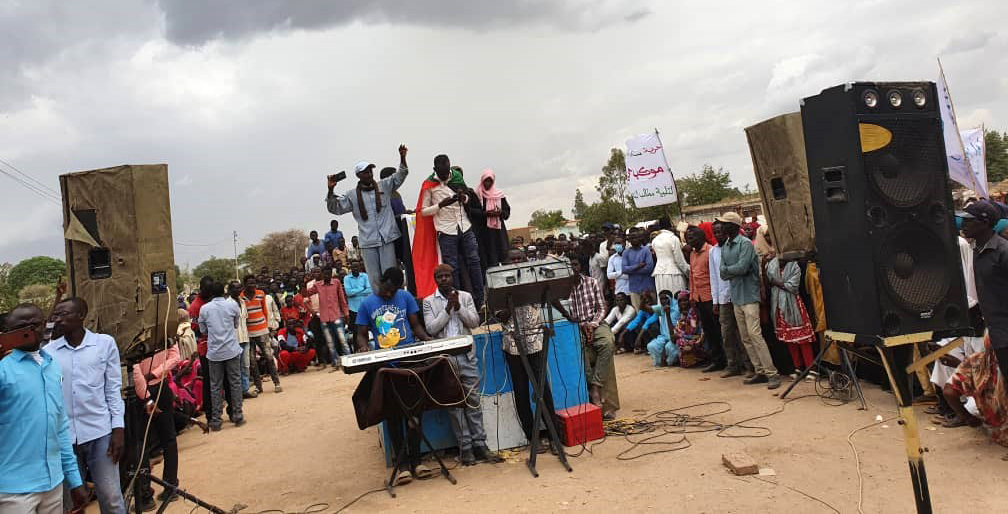