Sudanese have again taken to the streets across Sudan in protest against the soaring prices of food and medicines, and a shortage of clean drinking water. Police uses tear gas and force to disperse the protests.

A mass peaceful protest was scheduled to gather at 3 pm at El Shaabi Square in Khartoum North and move “in a peaceful march against hunger, rise of prices, and for overthrow of the regime,” to Shambat Square where representatives of the opposition forces would address the people.

Hours before the date of the march, the opposition forces stressed their firm commitment to the peacefulness of the event.

In anticipation, police in riot gear and columns of vehicles blocked the perimeter of El Shaabi Square and confronted protesters in the surrounding streets using tear gas and vehicle charges.

Speaking at a press conference at the National Umma Party (NUP) headquarters in Omdurman, Mohamed Faroug Salman, spokesman for the Sudan Appeal signatories, said that the peace march would be held, and he condemned the continued arrests of activists and politicians and demanded their immediate release

Major General Fadlallah Burma Nasir, Co-Vice-President of the NUP, stressed the continuation of marches and demonstrations at the districts, universities, and workplaces in protest against the rise of prices to bring down the government.

Speaking at a press conference representing the Sudanese Appeal forces, Nasir confirmed that the peaceful marches would go ahead in Khartoum North today.

‘To make their voice heard’

He stressed that there will be more protest activities in different parts of the country next week.

He called for the immediate release of all political detainees in the regime's prisons in the country. 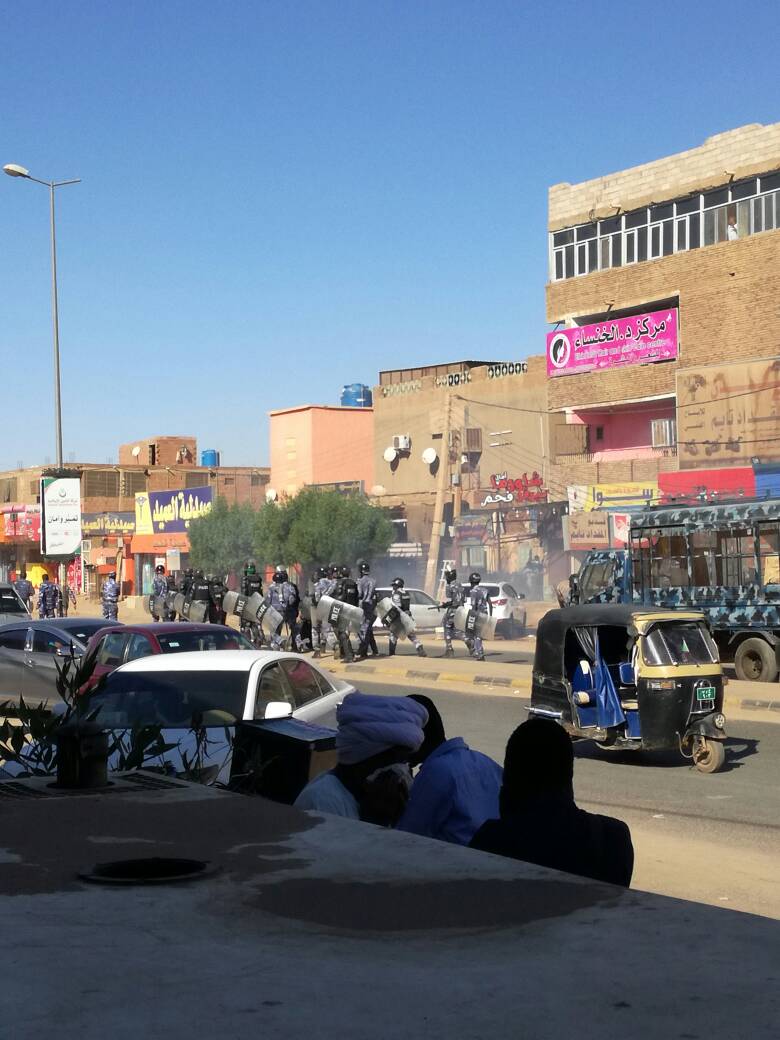 Tijani Mustafa, the head of the Arab Baath Socialist Party, warned of the collapse of the state because of the policies of the current government.

He considered the opposition movement taking place these days a serious and responsible attempt to save the country.

He stressed that the solution to the crises is not only to overthrow the regime and harshly criticised the government's economic policies, corruption rampant and waste of public money.

He reiterated the opposition's rejection of the recent budget and pointed out that it is leading to further starvation policies by imposing more taxes and levies in order to protect the regime.

He stressed the opposition's determination to confront these policies and challenge the regime's repressive apparatus in order to lift Sudan and prevent risks. 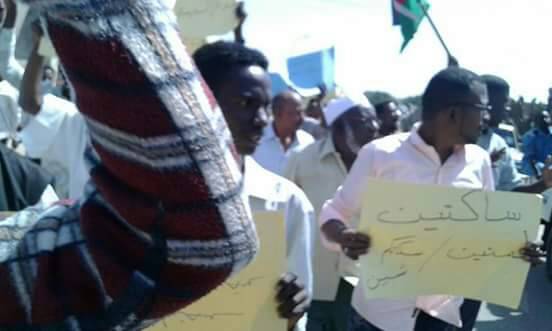 She accused the authorities of obstructing the parties’ outreach with their masses and preventing their activities outside their headquarters.

She pointed to the prohibition of registration of some parties such as the Republican Party.

Spoking at the press conference as a representative of political and civil forces, Taha called on the Sudanese people to obtain their legitimate constitutional rights such as food and medicine through revolutions, peaceful marches and actions.

She pointed out that the Sudanese people have broken the barrier of fear and that the process of change is continuing in order to topple the current government and establish a system based on democracy and citizenship.

She called on the Sudanese people to uphold the peaceful demonstration and refrain from violence. 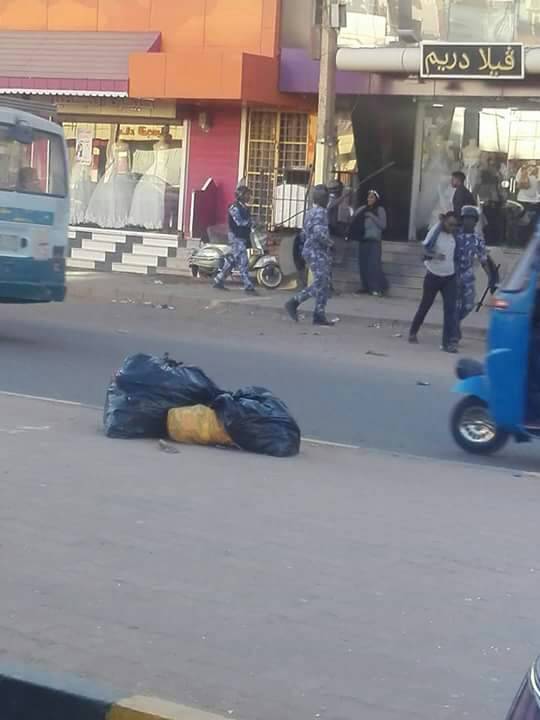 In solidarity with the protests of Khartoum North, students of the University of El Gezira in Wad Madani massed on the campus carrying placards and chanting slogans.

Students at the University of Zalingei in Central Darfur staged similar protests. Reports of student manifestations in Singa in Sennar state also reeached this station. 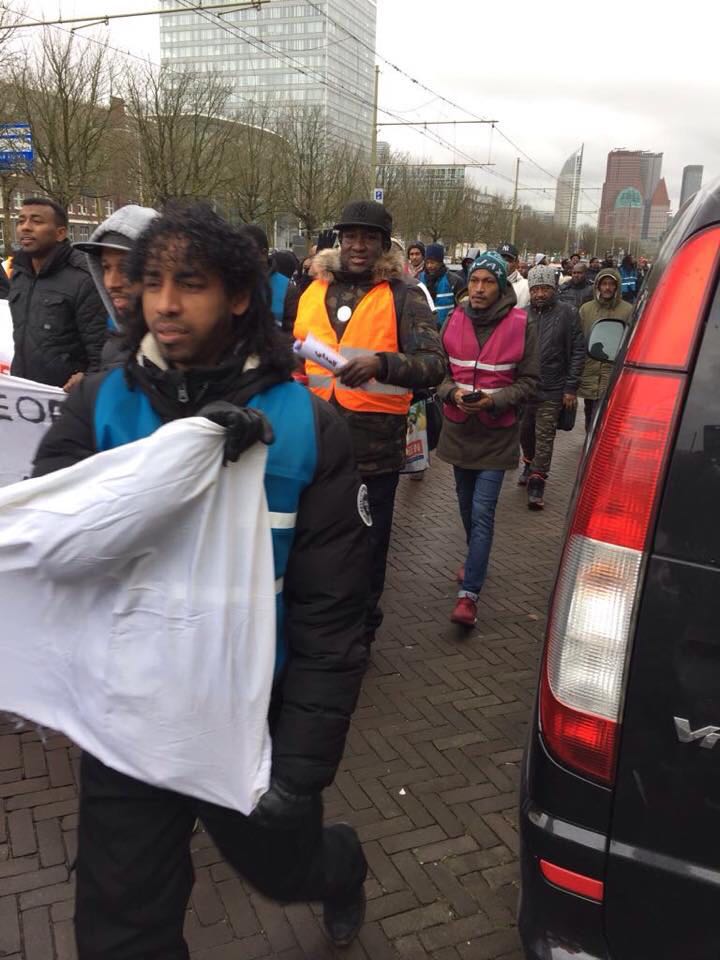 The Hague, The Netherlands (RD)

On Tuesday the families of political detainees organised a protest in front of the National Commission for Human Rights and submitted a memorandum demanding the release of their relatives.

Fatima Idris, the representative of the families of the detainees, expressed at the press conference a deep concern about the detainees and pointed out that their families have not been allowed to visit them.

She confirmed the families' determination to continue protests and submit memoranda.

She denounced the complete absence of information about the conditions of detainees amid the news of the transfer of some of them to detention centers outside the capital.

She said that representatives of the families of the detainees have continued to visit the offices of the security services on a daily basis without being allowed to meet their relatives.

She also pointed to the shortness of the time allocated to the families who were allowed to visit their detained relatives which did not exceed ten minutes amid tight security. 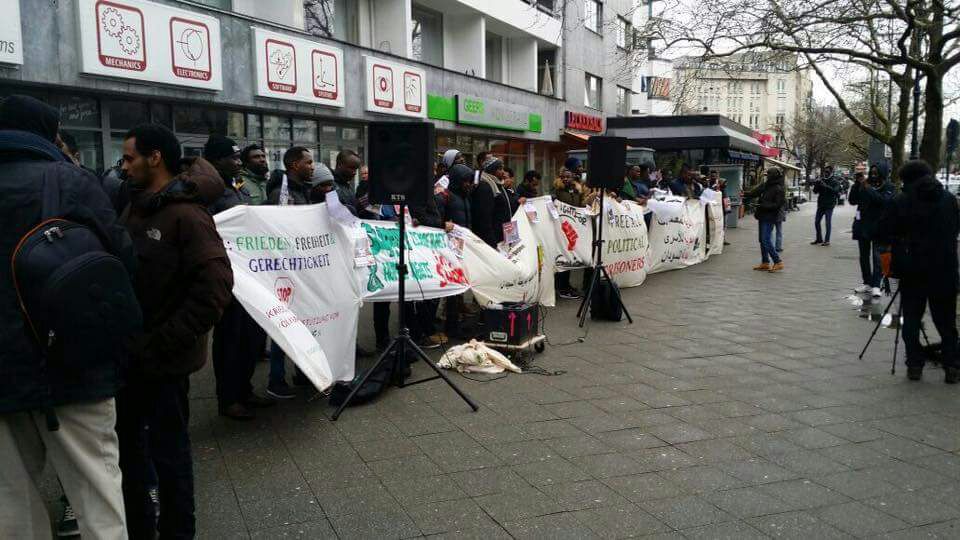 Sudan constitutional workshop concludes; military to be distanced from politics