A sit-in against insecurity in West Darfur takes place on September 22, 2020 (RD)

A massacre in West Darfur comes just days after international peacekeepers withdrew from the troubled western region of Sudan. Lord Alton has called on Foreign Secretary Dominic Raab, who is currently visiting the region, to press Sudan's transitional government to crack down on violence by armed militia.

The El Geneina attack, which began on January 15 with an argument in the market place between an ethnically African Massalit man and an Arab Sudanese, escalated when the Arab-associated armed militia arrived. The UN Refugee Agency (UNHCR) says the violence left 200 people dead and 240 injured. Another 46,000 people have been added to Darfur's 1.6 million displaced people who remain homeless, following the destruction of African villages by armed militias and the Sudanese security forces since 2003.

UNAMID, the joint United Nations-African Union force began its mission in 2007, when an estimated 400,000 Darfuris had been killed and three million were displaced. UNAMID concluded its mandate at the end of 2020, despite warnings from international NGOs and local people that unarmed civilians would be vulnerable to armed, mainly Arab, militias.

Sudan's Islamist regime was overthrown in a popular revolution in April 2019. A transitional government and sovereign council made up of a delicate balance of civil society and army officers took over from Field Marshall Omar Al Bashir, who was indicted for genocide in Darfur by the International Criminal Court. However, Juliette Paauwe of the Global Centre for the Responsibility to Protect, points out that some members of the sovereign council have a long history of directing atrocities in Darfur.

Sonja Miley from the NGO Waging Peace comments that the international community wants to show its support of the transitional government, as it struggles with an economic catastrophe and a legacy of gross human rights abuses committed under the Bashir regime.

"But in the meantime, families and communities have had no reprieve from the violence post-revolution. Historically marginalised areas such as Darfur, the Nuba Mountains and Blue Nile continue to bear the brunt of the lack of accountability of perpetrators that is still so elusive in Sudan."

A British Sudanese woman associated with Waging Peace who requests anonymity comments that during the revolution, which began three years ago, there were "so many calls for solidarity" between Sudan's different ethnic groups. But "now there is silence from those who should be condemning the violence."

Niemat El Mahdi from the Darfur Women Action Group (DWAG) writes that the El Geneina massacre is far from unusual: "It's too early and too soon to abandon the people of Darfur without sustainable solutions on the ground. What happened and is happening now is the result of the state's failure and the lack of political will at the central level to protect the civilians, disarm militias or hold criminals accountable."

For Lord Alton, the massacre has a personal impact because he knows the IDP site where the attack took place.

"In 2004, when I visited the camp in El Geneina, I saw for myself how vulnerable people were to attack by the armed militias intent on ethnically cleansing them. With the withdrawal of the UN/African Union peacekeepers, the people of Darfur once more face an uncertain future. The UK must press the transitional government in Khartoum to stop the armed militias terrorising civilians. There can be no sustainable future for the new Sudan while people continue to be targeted because of their ethnicity or faith."

The El Geneina massacre raises questions about the decision to withdraw the peacekeeping mission before the armed militias had been disarmed and held accountable for their actions since 2003. Campaigners make the point that so long as leading figures with strong militia ties remain in the transitional government, it is unlikely Darfuri refugees will feel safe enough to return to Sudan.

Disclaimer: The views and opinions expressed in this article are those of the contributing author or media and do not necessarily reflect the position of Radio Dabanga. This item is republished by permission of Independent Catholic News. 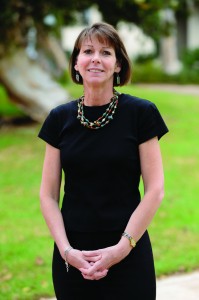 Rebecca Tinsley is a human rights activist and journalist. She is the founder of Network for Africa, a humanitarian charity providing psychotherapy support in post-conflict countries. She also founded Waging Peace which campaigns on Darfur and Sudan with diaspora in the UK. Her novel about Sudan, When the Stars Fall to Earth, is available in English and Arabic. All author royalties are donated to Darfur Refugee Rescue Efforts. Together with her husband Henry, she was asked by President and Mrs Carter to start the Carter Centre UK. She was on the London Committee of Human Rights Watch for seven years. Rebecca completed a law degree at the London School of Economics. Her articles have appeared in The Times, The Independent, The Telegraph, the Guardian, The New Statesman, The Santa Barbara News-Press and the Anniston Star. She is on the advisory board of Bennington College, Vermont, and is a trustee of the Bosnian Support Fund.

Waging Peace will take part in an event for International Holocaust Memorial Day on January 27, when all those murdered during the Holocaust and more recent genocides are remembered. An online event will be held in honour of those who've lost their lives in Sudan and those whose lives are still blighted by war, trauma, and loss.