The fire in Babanusa camp for displaced people, Gireida locality, which destroyed more than 100 homes on April 15, 2018 (RD)

The number of fires in camps for displaced people in Darfur has flared up in the past two weeks, raising concerns for their strength and leaving dozens of families in the open.

On Sunday, the camps in Gireida locality, South Darfur, saw another fire at Babanusa which led to the destruction of 102 homes.

The camps of Kalma and El Salam, both in Nyala, and El Neem in Ed Daein, among others, have recently suffered fires that destroyed dozens of houses. Large fires are reported in Darfur in this time of year, when the wind easily spreads flames – for example from cooking fires – through the dry grass and roofs. A shortage of fire-fighting equipment exacerbates the damage. 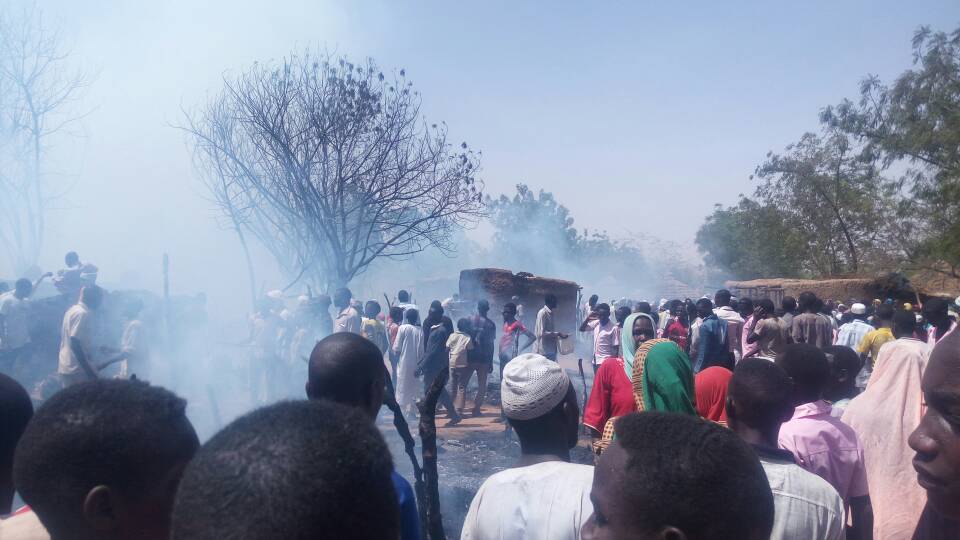 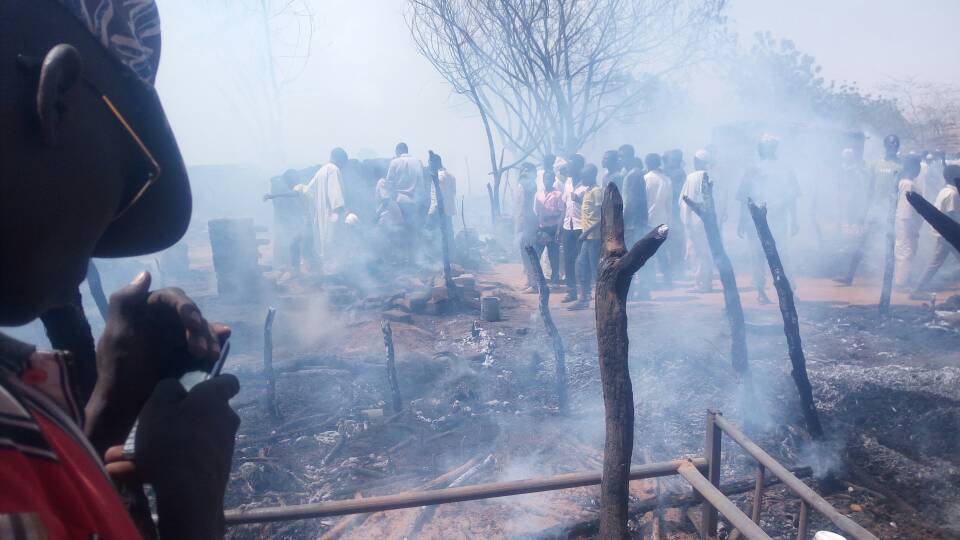