Sudanese artists have turned the walls surrounding the sit-in place in front of the General Command of the Sudan Armed Forces in Khartoum to a painting commemorating the people killed during the Sudanese revolution. Young people have willingly volunteered for community support tasks.

A tent has been set up to work in while people are visiting the sit-in “every moment”. Young men and women who have been protesting since 6 April have volunteered for tasks of preparation, mobilisation, cooking, guarding, cleaning, cheering, singing, and all forms of support. 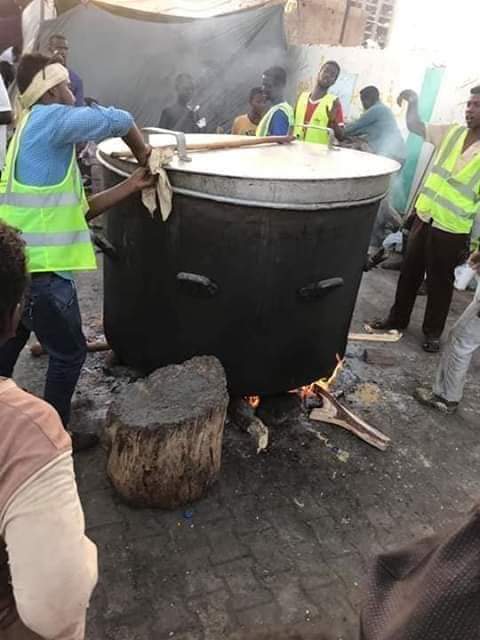 Mohamed El Sahabi from the work tent said, “We will remain in this field and will not lift the sit-in until all of our demands expressed by the Sudanese Professional Association are met”.

He described the tent as a centre that “brings together a group of energies from various organisational and political aspects”.

El Sahabi pointed out that an exhibition is being prepared about all the people killed during Sudanese intifadas from the Mahdist Revolt that started in 1881, until today. 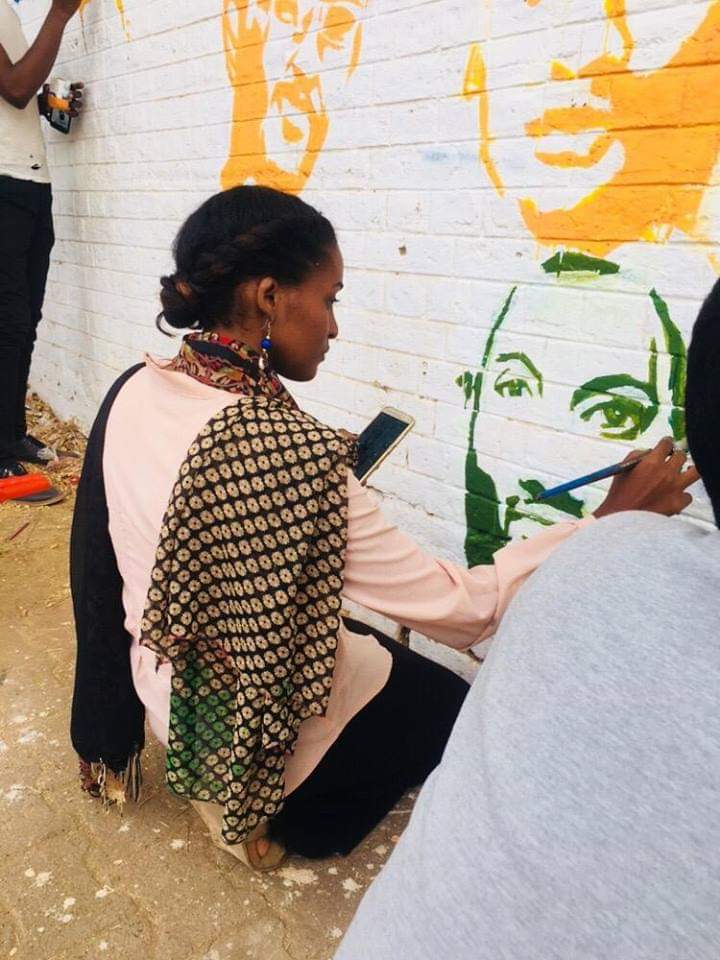 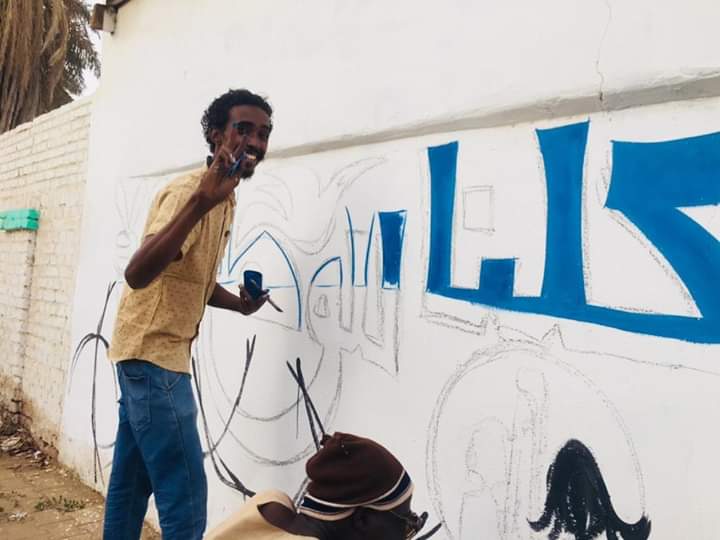 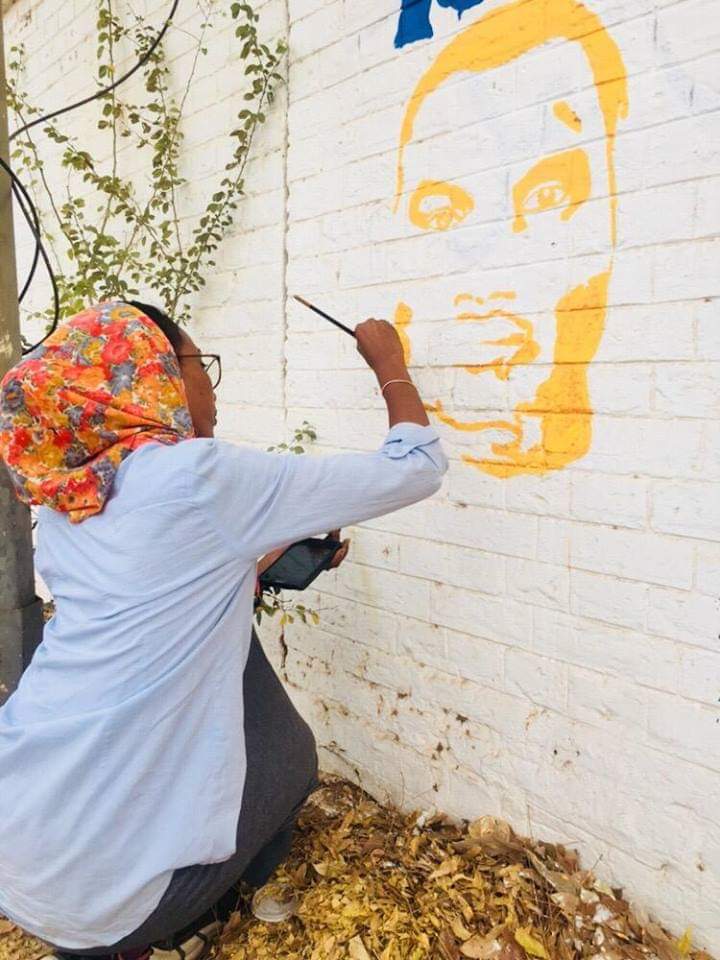 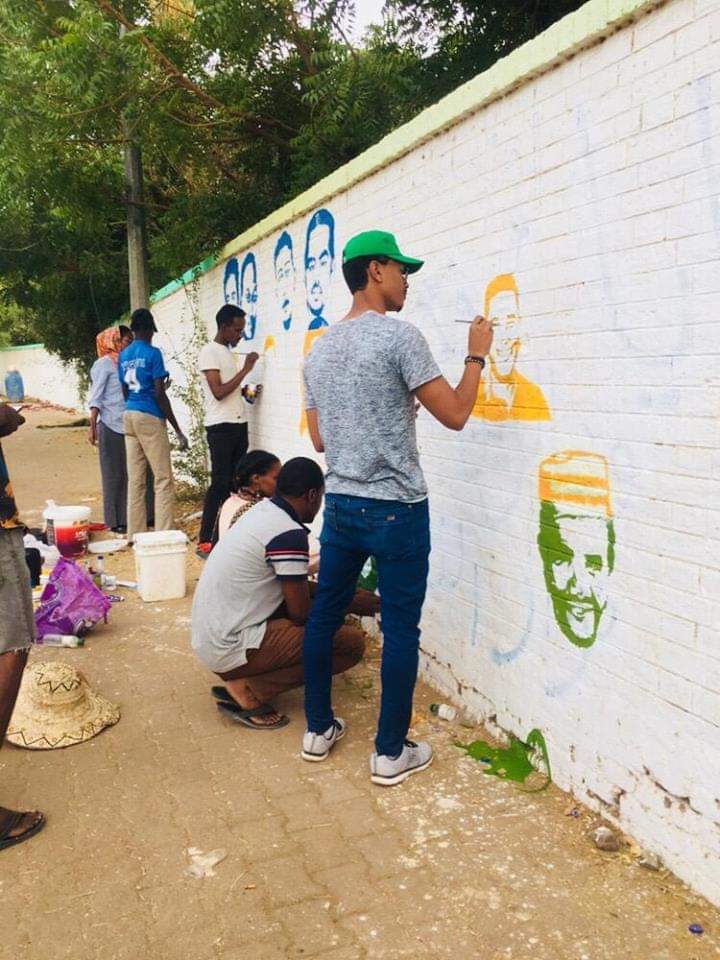 Tarig El Sadig, coordinator of the voluntary work at the sit-in told Radio Dabanga that work is under way to symbolise the whole Sudanese revolution starting from independence, with walls in all areas of the sit-in around the General Command.

“Young people have now been able to accomplish two or three walls in the sit-in to express the Sudanese wealth.”

He stressed that the project will continue until the demands are fulfilled and we will not leave, pointing that the sit-in reflects the awareness of the Sudanese, the root of these things in us as youth and our rejection of dictatorships, oppression and guardianship of the people.

“The walls of the sit-in will express this need and when the demands are fulfilled, we leave this place and leaving behind victory that reflect the march and symbolism of the Sudanese revolution through the struggles of different generations until the current generation.”