An international observatory of internet disruptions, NetBlocks, has confirmed that on Sunday, popular social media and messaging platforms were blocked by Sudanese telecom operators, directed by the Sudanese government against the organisation of demonstrations. 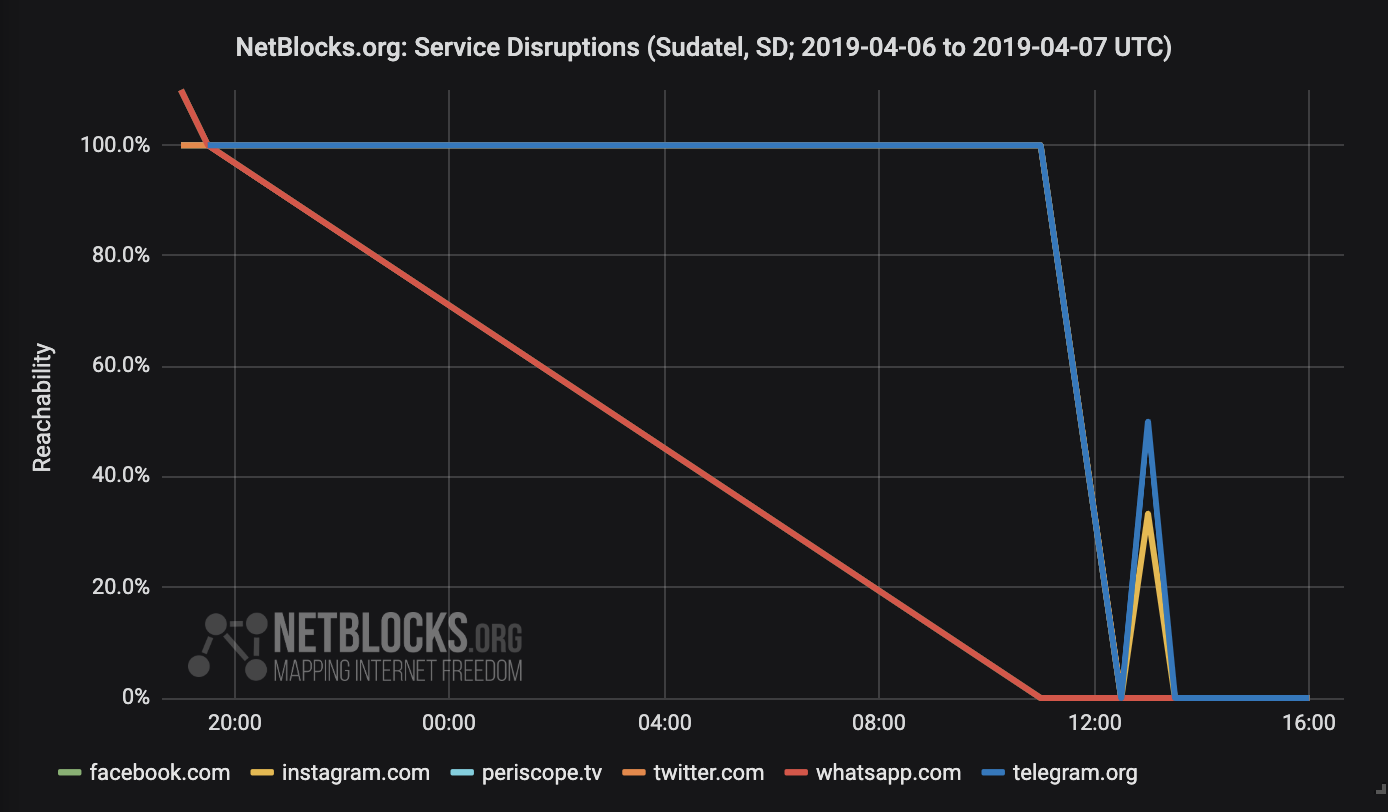 The app and website blocks, introduced from morning to midday Sunday 7 April 2019 have been followed by major power outages disabling some 45% of telecommunications across Sudan later in the day.

Network measurement data show that the filtering of social media platforms by internet providers is not technically related to the subsequent power outage, “but is rather consistent with techniques used to censor online content in Sudan during previous incidents”. 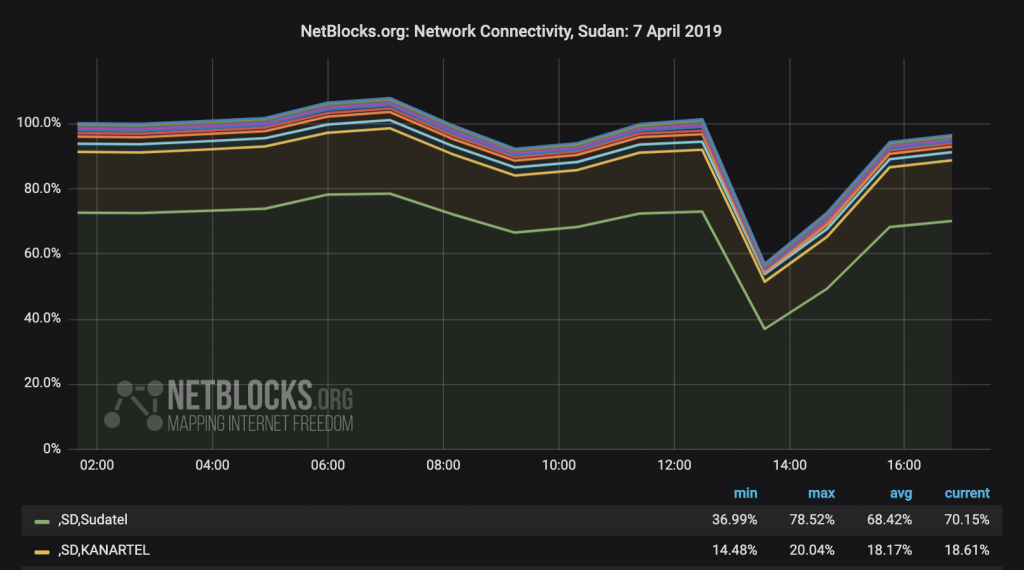 Sudan has previously disrupted social media for 68 consecutive days, with Facebook, Twitter, Instagram and WhatsApp outages beginning 10 AM 21 December 2018 and lasting until February 26 2019, according to NetBlocks internet measurements.

A new addition to Sunday's social media blockade is mobile messaging app Telegram, popular with activists in Sudan and globally, which was now also restricted.