The Delegation of the European Union to Sudan, marked Human Rights Day 2018 with an award event and concert in the capital of Khartoum. The 2018 Human Rights Award was awarded to Nahid Jabrallah, the director of Sima Centre for the Protection of Women and Children.

Addressing the event, EU Delegation head, Ambassador Jean-Michel, pointed out that this year marks the 70th anniversary of the adoption of the Universal Declaration of Human Rights by the United Nations.

The ambassador pointed out: “The Universal Declaration is the cornerstone of international human rights law. Its first article captures its very essence: ‘All human beings are born free and equal in dignity and rights’.

“Although 70 years have passed from the adoption of the Declaration in 1948, the Declaration is more relevant than ever, as no country in the world can yet be said to have attained all of its goals,” he said.

He lamented: “Despite the excellent constitutional provisions and the existence of a national policy [in Sudan], more efforts are needed to promote women’s rights in the country.”

In doing its work the EU will build on the example that the Sudanese women are already setting – in bringing positive change to their lives and their communities.

Through our development cooperation, and other ongoing programme in Sudan, we want to reiterate our commitment to ensuring that all women and girls can truly shine!”

Forming highlight of the evening, the 2018 Human Rights Award, bestowed annually by the Delegation of the European Union to Sudan, was awarded to Nahid Jabrallah, the director of Sima Centre for the Protection of Women and Children, in recognition of her efforts to defend the rights of women and children. 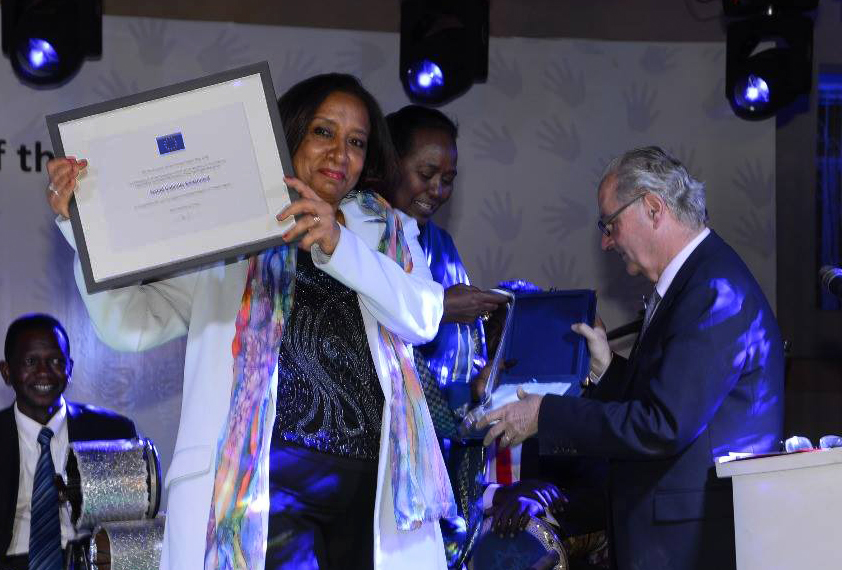 In her acceptance speech, Jabrallah calleded for the amendment of laws that violate women's rights, especially the laws of public order, personal status and criminal law. She also called on the government of Sudan to ratify the Convention on the Elimination of All Forms of Violence against Women (CEDAW).

She stressed the need to ban FGM and the marriage of underage girls. Jabrallah said that she is dedicated to the survivors of violence and all those who defend their rights.

She said the award gave her greater sense of responsibility and motivation to continue working for human rights. 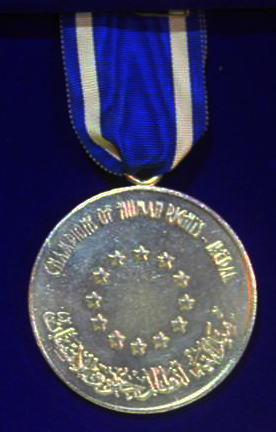 Investigations against Sudan journalists who met with EU, US diplomats ‘preliminary’