People in the Jebel Marra areas continue to flee high into the mountain and caves to seek shelter from air raids and shelling by government forces, which have lasted for five consecutive days. Roads are still closed, impeding newly displaced people from reaching the camps where protection against militias has become a major concern.

East Jebel Marra was subject to aerial bombardment from 1 to 4 am on Tuesday. A witness told Radio Dabanga from Talba, south of Fanga, that air raids by the Sudanese Air Force resulted in at least one death; that of Yousef Abdel Moula. A large number of cattle also died. “There was heavy bombing […] We are still counting the number of casualties,” he said.

The Sudanese forces are currently engaged in a large aerial and ground offensive on a rebel stronghold in Jebel Marra. The area of Nierteti, popularly known as western Jebel Marra, was also bombed. Like yesterday, people in Nierteti told Radio Dabanga that they heard the sound of explosions coming from villages 2 to 3 kilometres east of Nierteti, and saw smoke rising. “A number of homes burnt down during the air raids on Tuesday,” a witness said. “Livestock were killed and the people have fled to caves in the vicinity, and surrounding valleys and forests.”

Yesterday, a witness told this station that 34 villages in Jebel Marra have been abandoned. One village was reportedly hit by barrel bombs on Sunday. These bombs are rolled out of the cargo hatch of the Antonov transport aircrafts of the Sudanese Air Force, and are thus far from accurate. 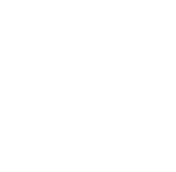 In an attempt to seek shelter from the continuous attacks, thousands of families have reportedly left their homes for the higher mountains and caves. Many families have been separated from each other as they fled into different directions, including children from their parents.

This account comes from a survivor of one of the attacks. She told Radio Dabanga how she faced many difficulties before safely reaching Nierteti. “Do you know where my family is?,” she asks, explaining that she had to leave them behind.

She said that all roads she came across were closed by militiamen to prevent civilians from crossing western Jebel Marra to Nierteti. “The situation of the people who are still there are very poor and they are in need of urgent assistance and protection,” she said.

In Nierteti, Central Darfur, the market has been closed for six days in a row because of the proliferation of militiamen on the streets, which has forced people to stay in their homes.

A resident told Radio Dabanga: “The situation here has become serious. We are at the mercy of the militias; the state authorities are completely absent.” He called on the authorities to start protecting the population of Nierteti and force out the militias.

“After the Unamid patrol leaves the camp, the militiamen come and start to steal.”

Unsafe in the camps

Displaced people and Sheikhs living in the camps north of Nierteti have demanded more protection against the recurring attacks by gunmen. Peacekeepers from the AU-UN Mission in Darfur (Unamid), based in Zalingei, arrived today to discuss the situation inside the camps.

“Pro-government militiamen” opened fire in El Shamaliya camp on Monday afternoon and robbed the phone of a displaced man. “The militiamen are still stationed near Centre 7 and Centre 8 of the camp,” a camp resident said.

During the meeting, the Sheikhs of the camps voiced the demands of the displaced people for more protection from Unamid and a 24-hour patrol around the camp. “Peacekeepers should patrol around the clock here, instead of coming and leaving about two hours every day,” a Sheikh told Radio Dabanga. “After they leave, the militiamen arrive and start robbing the displaced.”

One year ago, on 31 December 2014, the Sudanese government began its “second dry season campaign” aimed at the elimination of the rebel Sudan Liberation Movement (SLM-AW) in Darfur. Troops of the army and the paramilitary Rapid Support Forces launched widespread attacks on villages in Tawila locality, North Darfur, which is popularly known as East Jebel Marra. On 22 March, 32,700 people were verified as newly displaced in North Darfur alone, according to UNOCHA and humanitarian actors.

The Jebel Marra mountain range in the centre of Darfur is an area that has been inaccessible to health providers for years. Besides rampant insecurity owing to the fighting, the Sudanese government does not allow organisations entry into the area, and the mountains impede transport for the estimated 95,000 people in inner Jebel Marra. According to a recent OCHA factsheet of Jebel Marra, 47,600 people were displaced in mostly inaccessible areas between 2014 and 2015.