In a statement to Radio Dabanga in reaction to Ruedas receiving the award, Arman said:  "Al Bashir, who is indicted by the ICC, has committed genocide and war crimes, is leading a genocidal government that stands against all the values of the United Nations and has displaced over 6 million Sudanese internally and as refugees, has awarded the United Nations Resident and Humanitarian Coordinator, Marta Ruedas, the First-Class Order of the Two Niles in appreciation of her service in Sudan. 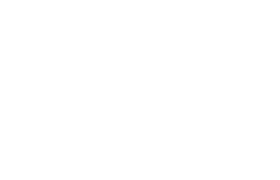 "What an ironic and bizarre situation is taking place! The very president who is wanted by the international system and who cannot step into the door of the headquarters of the United Nations in New York is the one granting an award to a representative of the United Nations, the very organization that referred him to the ICC and has taken tens of resolutions against him and his regime.

"Acceptance of this award is an unfortunate statement from someone who represents an organization that is tasked with serious humanitarian obligations and protection of civilians.  What a message to send to millions of displaced Sudanese!  What a message to send to the families of millions who have perished as the result of war crimes and genocide in Sudan and Al Bashir?  What type of a “great honor” is being expressed here by the representative of the United Nations?"

Arman: "I have personal experience during the peace talks with Ruedas who has always sided with the Sudan government against the aggrieved marginalised Sudanese population.  That alone and her long silence explains why she has received this award and why she feels honored by an award from an indicted president."

Arman says that "the United Nations has a critical role to play in protecting civilians and advancing the course of peace, human rights and democracy in Sudan that will definitely require different capacity and personnel other than Ruedas to do this job".

"We are counting on the new Secretary General of the United Nations and his representative in Sudan, given their solid political backgrounds, to adopt a different approach when it comes to Sudan, especially in the war zones of Darfur, the Nuba Mountains and Blue Nile," Arman's statement concludes.