Shelling on villages in western Jebel Marra killed three people on Friday, the first day of the Eid El Fitr. Government forces severly beat-up three boys in the area of Golol on Thursday.

Three houses burned to the ground in indiscriminate artillery shelling by government forces towards the villages in the area of Fuju, nearby Golo in Rokoro locality (central Jebel Marra), a youth activist told Radio Dabanga.

Maryam Yousef and Dar Es Salaam Yagoub, and Abdallah Ibrahim were fatally hit by an exploding projectile, he reported.

Activists in Jebel Marra have appealed to the government to stop the shelling of villages in the region.

Last week, six people were killed and many others wounded by shelling in western and southern Jebel Marra. At least two villages burned to ashes. Earlier this month, a woman and her 5-years-old son were killed by a shell in Kass. On May 25, a woman lost her legs after government forces shelled Sabun El Fagur in southern Jebel Marra with heavy artillery.

In early March, the Sudanese army and allied militias began to attack various areas in the mountainous Jebel Marra region, in an attempt to eliminate the last strongholds of the Sudan Liberation Movement under the leadership of Abdelwahid El Nur (SLM-AW).

Since this time, at least 50,000 people fled the fighting and militia attacks on their villages.

A 14-year-old boy was seriously injured by severe beating by government forces stationed in the area of Golol in Central Darfur's Nierteti locality (south-west Jebel Marra) on Thursday.

An eye-witness told this station that he and two of his friends were held on the road leading to the market of Tur, where they intended to sell their lemons.

“The militiamen took them to their headquarters in the area. The boys were held there for hours, and were severely beaten.

“They were then released. Abubaker Ishag suffered a serious head wound,” he said. “They did not get their donkeys and lemons back.” 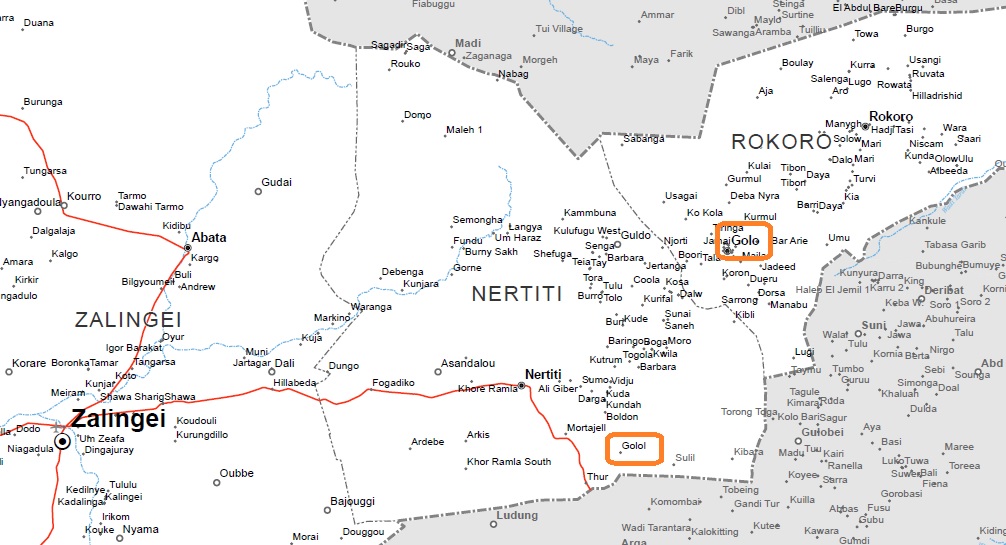