Skip to main content
Toggle navigation
Independent news from the heart of Darfur and Sudan
Watch live
Home > All news > ‘Tasgut bas!’ – Sudanese women on frontlines of protests despite prosecution

‘Tasgut bas!’ – Sudanese women on frontlines of protests despite prosecution

‘Tasqut bas!’ (‘Just fall, that’s all’), Sudanese women and men chant during demonstrations and strikes aimed against the government of president Omar Al Bashir and the persistent shortages of food, gas, and medicines in the country. Despite harassment, the women remain steadfast on the front lines of protests.

During the past four months of public uprising, the Sudanese security service and riot police have been quick to disperse and arrest men and women participating in the demonstrations – often shooting, beating or using tear gas against civilians. Hundreds of people have been detained so far, and starting March, demonstrators can be brought to Emergency Courts for violating the newly established Emergency Orders.

The security forces and militiamen in civilian uniform have been granted more powers by one of these emergency orders and use this against women who participate in the demonstrations. According to people speaking to Radio Dabanga, women have been detained and harassed, threatened or beaten, under the provisions of the State of Emergency in Sudan.

Dozens of women have been sentenced to flogging as a result of prosecution.

Ihsan Fegeiri, senior member of the executive committee of the legitimate Doctors’ Syndicate and head of the Sudanese No to Women’s Oppression Initiative, said in an interview with Radio Dabanga that both women and men join in the protests and chant “Just fall, that’s all”.

“The regime of Omar Al Bashir has targeted [the Sudanese woman] since the coup against democracy in 1989 in her living, dress, social presence and all aspects of life,” Fegeiri said. “This regime not only has done so, but also has flogged, humiliated and detained her.” 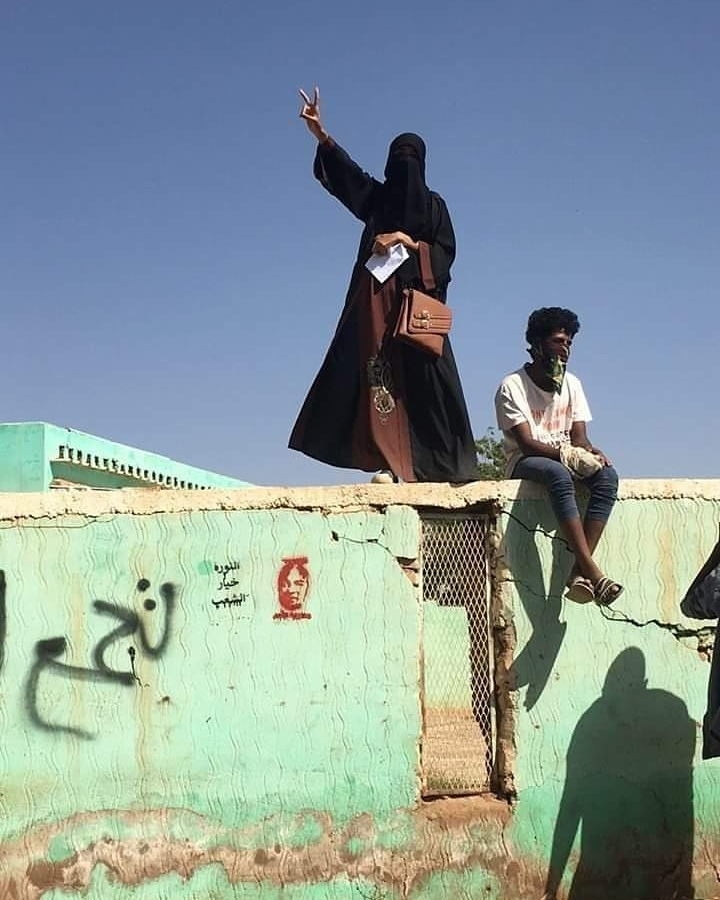 The head of the independent campaign group said that it was imperative for the Sudanese women movement to go out to the street to say: “Just fall!”, as they have struggled to obtain their rights for decades.

Fegeiri appealed to all women in Sudan to participate in the mass march scheduled for Saturday April 6: “Demand the immediate and unconditional step-down of Al Bashir and his regime from the rule of the country.”

In recent years the No to Women’s Oppression Initiative denounced practices and laws that are unfriendly against women, such as the Public Order Act that punishes women for wearing ‘inappropriate clothing’.

On March 12, Omdurman Women’s Prison in Sudan released a large number of young women who were held during demonstrations over the past weeks. That day the Court of Appeal in Khartoum overturned the verdicts of El Imtidad Emergency Court against nine young women. They were sentenced to one-month imprisonment and 20 lashes after being detained while demonstrating in Khartoum’s Burri district.

In a gesture to mark International Women’s Day on March 8, Al Bashir told the head of the National Intelligence and Security Service (NISS), which has been central to the suppression of protests, to release all women who have been detained in connection with the protests.