The Ford Fiesta that crashed outside the Houses of Parliament in London yesterday (Picture: Met Police)

The man arrested on suspicion of terror offences and attempted murder after a car crashed outside the Houses of Parliament in London on Tuesday has been named as Salih Khater (29). He is a British citizen who is originally from Darfur and was educated in El Gezira state, his brother told the BBC.

British police say the incident that occurred at 7.30am on Tuesday, in which three people were injured, “is being treated as a terror attack”, however as Khater has reportedly not cooperated with police following his arrest, the investigation team's priority “continues to be to understand the motivation behind this incident”, a spokesman for Scotland Yard said. 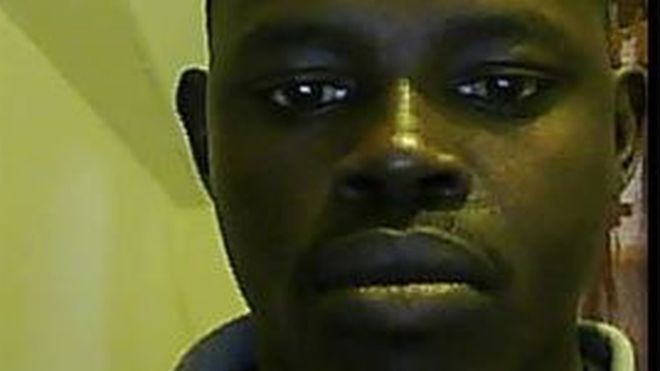 Salih Khater has been arrested on suspicion of
terror offences and attempted murder (Picture: Facebook)

Khater’s brother Abdullah told the BBC Arabic channel that the family are in a state of shock, as he is a normal person with no links to any religious group and no fanatic or terrorist leanings. Salih is one of five brothers and two sisters. Their father, a farmer, died few years ago. The family are originally from Darfur, but moved to El Gezira state to work in the agricultural scheme. Salih finished school there and later studied electrical engineering at Sudan University of Science and Technology.

At a press conference at Birmingham Central mosque, trustee Nassar Mahmood cautioned against jumping to conclusions. The mosque’s Inquiries with the community found he did not worship at the mosque and had showed no signs of radicalisation. People in the local Sudanese community had told the mosque Khater was in London to get a visa to visit Sudan at the embassy, which is less than a mile from the Palace of Westminster.

The silver Ford Fiesta collided with pedestrians and cyclists and then crashed into security barriers outside the Houses of Parliament just before 07:40 BST. A man and a woman were taken to hospital after the crash and later discharged, while another man was treated for minor injuries at the scene.

Metropolitan Police have confirmed that the suspect has been arrested for terror offences and attempted murder. Magistrates have granted police a warrant of further detention enabling them to question Khater until 20 August.