Demonstrations continued across Sudan on Wednesday and Thursday, as waves of mass protests and public discontent pour-out onto the streets across the country.

Thousands took to the streets in central Khartoum today, converging on the city’s Arab Market. The marchers were confronted by riot police who used tear gas and batons. Dozens of protestors were reportedly arrested. Smaller demonstrations also erupted in 10 neighbourhoods in Khartoum state.

In spite of pledges on Wednesday by Sudan’s President Omar Al Bashir to stop detention of journalists, reporters Rashan Oshi and Umniyat Muhammad were detained while covering the Khartoum demonstrations.

Striking workers took to the streets in Port Sudan in Red Sea State, and at the same time, a rally was held by professors and lecturers of Red Sea University in Port Sudan.

A public demonstration gathered at the home of the late Ahmed El Kheir,  who died last week while in the custody of Sudan’s National Intelligence and Security Service (NISS) in Kassala, allegedly from torture. The demonstration then moved from his home to the offices of the NISS in Kassala.

Maryam El Sadig, Co-President of the National Umma Party (NUP) called on the government’s wise persons to hand over government so as to save bloodshed, otherwise, the Sudanese people will move on a revolution aimed for salvation from the regime and the formation of a transitional government.

She also pointed out to the existence of a joint committee that organised the activities launched during the past weeks.

She expressed optimism that political and civil forces would sign the Charter during the coming period, which provides on how to overthrow the regime and details of the transitional period.

She described this year as the year of decisiveness and salvation, said condolence on the souls of the martyrs of the revolution, stressing the just retribution.

The Sudanese Professionals Association and opposition forces signatory to the Declaration of Freedom and Change called on the Sudanese people to go out in the march of detainees and torture victims on Thursday to cherish the martyrs and the wounded and show solidarity with the detainees.

On Wednesday morning, Khashm El Girba of Kassala state saw a massive demonstration calling for the overthrow of the regime and the punishment of those involved in the assassination of teacher Ahmed El Kheir under torture in the cells of the security apparatus.

Eyewitnesses told Radio Dabanga that the demonstration swept through the town, closed a number of main roads, and headed towards the locality and the security hoffices.

The demonstrators chanted slogans calling for freedom, justice, peace and topple of the regime.

On Wednesday, the residents of Karma in Northern State demonstrated calling for the overthrow of Al Bashir and his regime, freedom, dignity for the Sudanese people and the revolution is the choice of the people.

The demonstration followed the court’s acquittal of 10 residents of Karma after their arrest on Monday, on charges of participating in the night demonstrations called for by the Sudanese Professionals Association.

In addition, doctors at Kosti Teaching Hospital in White Nile state carried out a protest outside the hospital in which they condemned the killings, beatings and arrests by the authorities.

Doctors in Kosti raised banners that read “No for arrest of doctors”, “Glory to the martyrs”, “Killing a teacher is killing a nation”, and “The Doctors Central Committee represents me”.

The doctors announced in a statement their full support to the Associated Doctors Office, which includes the Sudanese Doctors Central Committee, the Legitimate Association of Doctors, and the Committee of Consultants and Specialists, this in addition to their support for the comprehensive change demanded by the Sudanese people.

Doctors and pharmacists of Sennar Hospital, along with laboratory and medical engineers carried out a protest vigil in front of the hospital condemning the killing, arrest and humiliation of peaceful protesters.

In the context, 2,263 graduates of the Faculty of Medicine at El Gezira University declared their full support for the popular revolt and the Declaration of Freedom and Change, which has called for an unconditional step-down of Al Bashir and his regime.

The doctors declared in a statement their full support to the Associated Doctors Office. 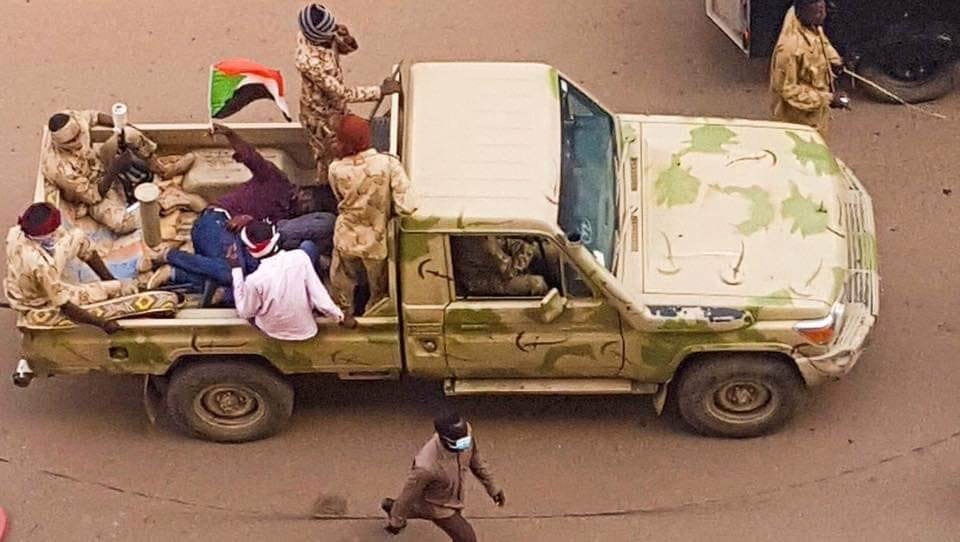