In this year’s Corruption Perceptions Index released yesterday by Transparency International, New Zealand and Denmark rank highest with scores of 89 and 88 respectively. Sudan scored 16, up from 14 the previous year, but is still rated 175th out of 180 countries. Only Yemen, Afghanistan, Syria, South Sudan, and Somalia rank lowest with scores of 16, 15, 14, 12, and 9 respectively.

'Little or no progress'

The index highlights that the majority of countries are making little or no progress in ending corruption, while further analysis shows journalists and activists in corrupt countries risking their lives every day in an effort to speak out. 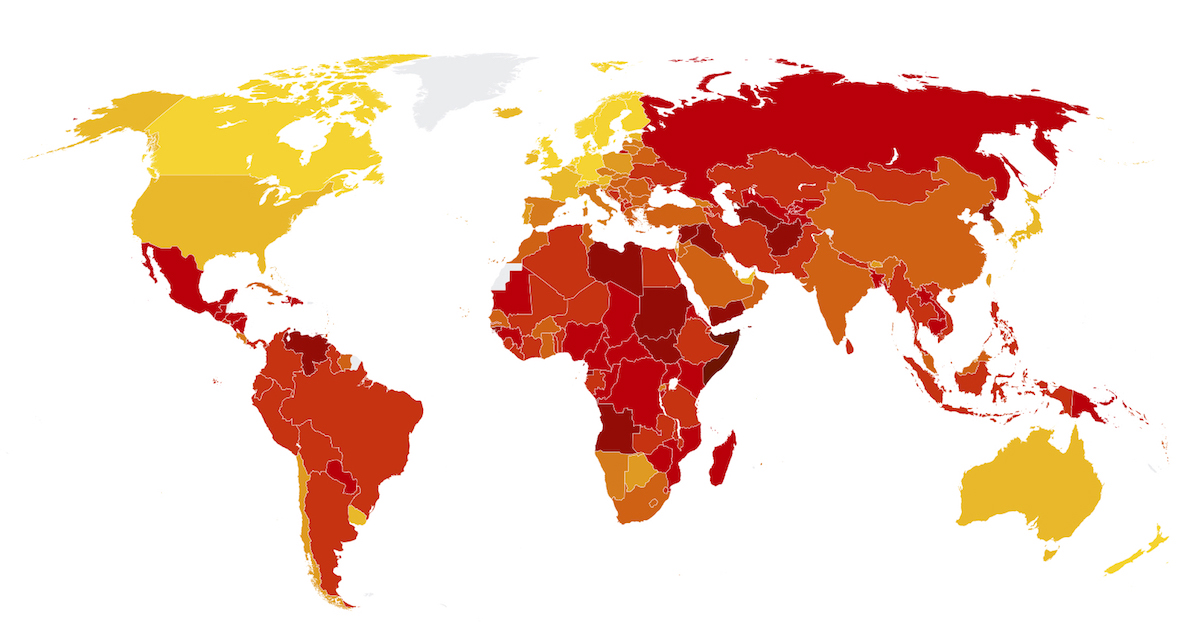 The index, which ranks 180 countries and territories by their perceived levels of public sector corruption according to experts and businesspeople, uses a scale of 0 to 100, where 0 is highly corrupt and 100 is very clean. This year, the index found that more than two-thirds of countries score below 50, with an average score of 43. Unfortunately, compared to recent years, this poor performance is nothing new.

Curbs on press and journalists

“Further analysis of the results indicates that countries with the least protection for press and non-governmental organisations (NGOs) also tend to have the worst rates of corruption. Every week at least one journalist is killed in a country that is highly corrupt.

“The analysis, which incorporates data from the Committee to Protect Journalists, shows that in the last six years, more than 9 out of 10 journalists were killed in countries that score 45 or less on the index,” Transparency International points out.

As reported by Radio Dabanga, the Sudanese security service confiscated the print-runs of three newspapers, El Jareeda, El Midan and El Tayyar for unknown reasons in Khartoum on February 8. The confiscation of El Midan, a newspaper by the Communist Party, is the third one this month. El Jareeda and El Tayyar independent newspapers have also been confiscated before.

In January, the Sudanese authorities started confiscating newspapers which covered the price hike protests that broke out across the country as a result of the devaluation of the currency and resulting soaring prices coupled with goods, fuel, and bread shortages.