The Fédération Internationale de Football Association (FIFA) World Cup arrived to much fanfare at Khartoum airport on Thursday. The cup is on a global tour, and will pass through 51 countries before reaching Russia in time for the international competition in June and July.

The Cup will be in Sudan today during which a mass celebration is organised, before it leaves for Ethiopia tomorrow. 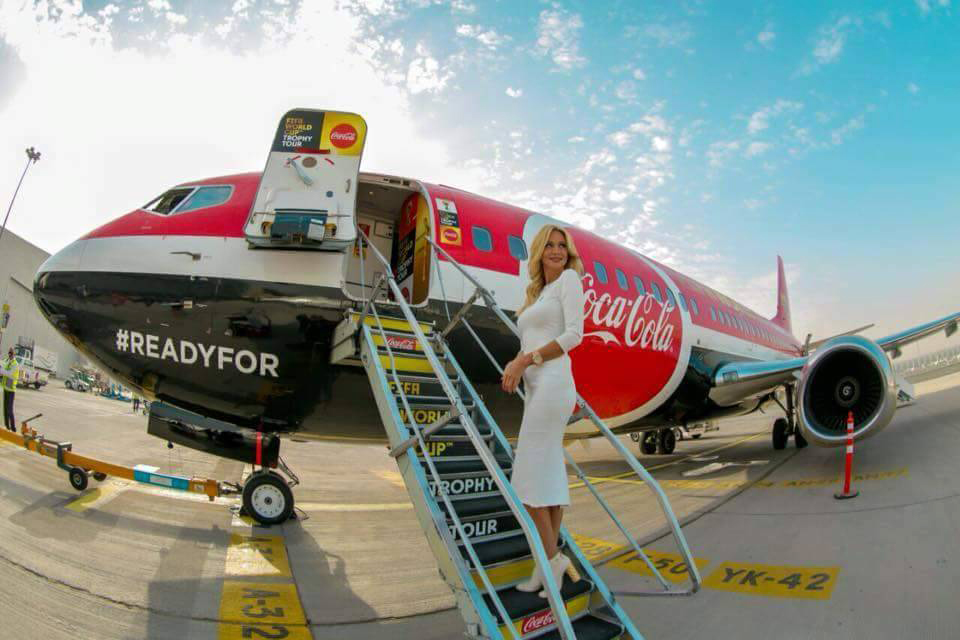 Victoria Lopyreva, the United Nations ambassador to FIFA, said she was happy to have the cup in Sudanese territory, saying that football is not a mere a game, it also unites people

The regional director of sponsors Coca-Cola Egypt and North Africa Emad Bin Musa said that the arrival of the cup in Sudan is the personal gift of the company which has chosen two attendees to watch the World Cup in Russia namely, Mohamed Osman and Babikir Osman who have been randomly chosen to attend the grand event.

Victoria Lopyreva, the United Nations ambassador to FIFA, said she was happy to have the cup in Sudanese territory, saying that football is not a mere a game, it also unites people.

She welcomed the attendance of Sudan at the World Cup in Russia.

FIFA representative Lucas explained that the cup tour will pass through 51 countries before arriving in Russia.

The representative of the Sudanese Football Federation, Amer Abdelrahman, described the event as a historic day for Sudanese football.

He stressed that the event will increase their responsibilities and is a motivation for Sudanese football.

The arrival of the World Cup in Sudan is also seen as a symbol that relations between FIFA and Sudan have normalised.

In 2017, FIFA imposed a ban on Sudan’s international football activities in June after two groups claimed control of the country's football association in April. The situation escalated and on 2 June, Sudan's Ministry of Justice ordered the FIFA-recognised Sudanese Football Association (SFA) President Dr Mutasim Jaafar to be removed and replaced by Abdelrahman Sirelkhatim.

FIFA, which prohibits governmental interference in the running of a member association, decided to lift the suspension of the international football activities of Sudan after the Sudanese government agreed to a roadmap, and Dr Mutasim Jaafar was reinstated.

However, the dropping of the ban came too late for the Sudanese teams of El Merrikh and El Hilal which played in the African Champions League, and Hilal El Obeid in the Confederation Cup.