A number of framework agreements were signed between Sudan federal government ministries and the International Committee of the Red Cross (ICRC)* in Khartoum last week.

The signing occurred in the presence of Sudan’s Assistant Foreign Ministry’s Undersecretary for Political Affairs, Ambassador Ilham Ahmed, and undersecretaries of concerned ministries, according to the official Sudan News Agency (SUNA).

At the signing ceremony, the Undersecretary Ahmed welcomed the signing of the agreements, stressing the importance of strengthening the relations between Sudan and the ICRC, especially in the coming period in the Darfur region and "the transition from peace-keeping operations to the era of peace building".

She also affirmed the importance of coordination between the ICRC and its national partner – the Sudanese Red Crescent.

The deputy head of the Red Cross mission in Khartoum, Anski Vandormal, expressed her pleasure on the signing of the agreements with different ministries, referring to the role of these agreements for raising the capacity and enhancing livelihoods in different communities.

The ceremony was concluded by the signing of agreements with the Sudanese federal Ministries of Health, Agriculture and Forests, Animal Resources and Fisheries and Irrigation, Water Resources and Electricity. 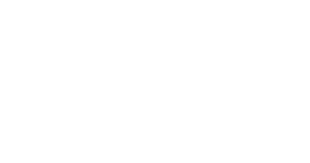 According to its website, The ICRC has been working in Sudan since 1978 assisting victims of armed conflict. To improve the quality of support extended to people with disabilities, the ICRC supports the physical rehabilitation programme of the National Authority for Prosthetics and Orthotics, through technical expertise, training and imported raw materials. The ICRC also promotes knowledge of international humanitarian law amongst different circles, such as the Sudan Armed Forces, academia and civil society.

In addition, the ICRC works with the Sudanese Red Crescent Society (SRCS) on a number of activities, including reconnecting families separated during conflict, relevant trainings for SRCS staff members, and enhancing their knowledge of IHL.

Following a positive round of discussions with the Sudanese authorities, the ICRC is currently working on restarting additional programmes for affected communities that will focus on improving access to water and health services, and strengthening livelihoods and food security. For these programmes, the ICRC will be working with the Sudanese Red Crescent Society, relevant government institutions, and communities, in line with its mandate and principle.

Sudan PM on foiled military coup: ‘What happened is a lesson learnt’