The commander of the paramilitary Rapid Support Forces (RSF) Lt Gen Mohamed Hamdan (aka Hemeti), sworn-in as interim vice-president of Sudan and deputy-head of the Interim Military Council on Saturday, has met with several international ambassadors at the Republican Palace in Khartoum.

The official Sudan News Agency (SUNA) reports that on Sunday, Hemeti met with US Charge d’Affaires to Sudan, Steven Koutsis, and briefed him on the situation and developments in the country, the reasons led to formation of the Interim Military Council and the steps taken to preserve security and stability of the country. 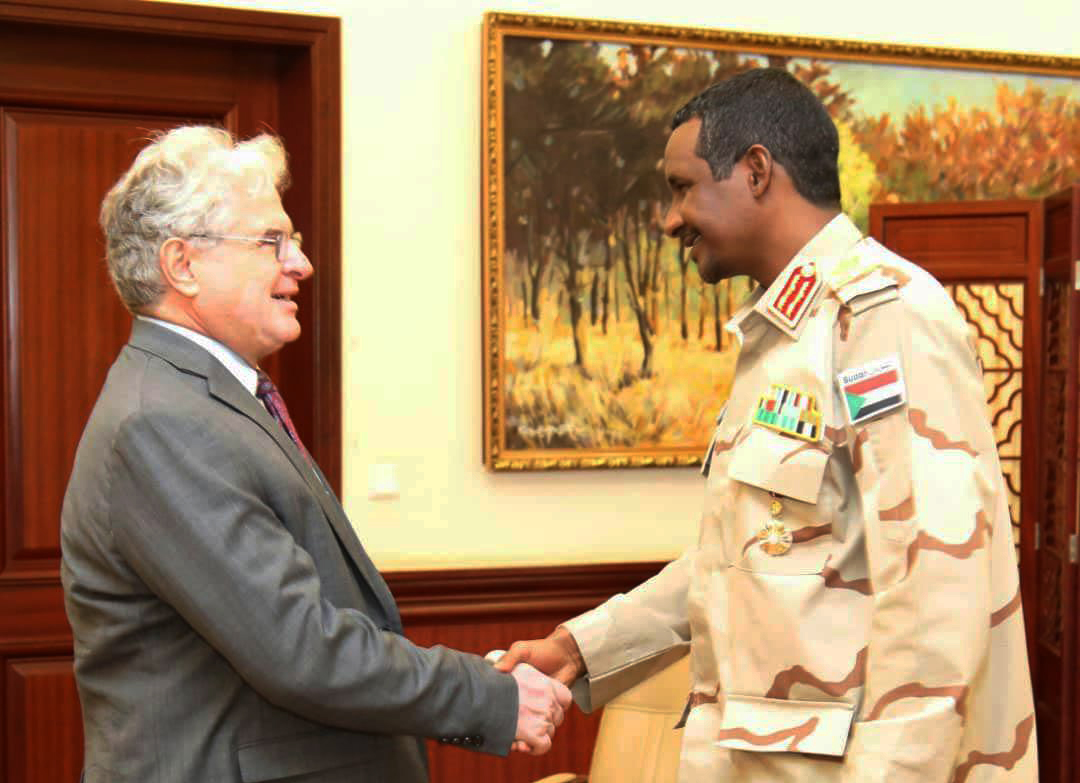 On Monday, Hemeti separately received the EU, British and Dutch ambassadors at the Republican Palace.

SUNA reports that the Ambassador of the European Union to Khartoum, Jean-Michel Dumond, who described his meeting as “frank and clear”. He said that the EU member-states are keen to see stability, safety, prosperity and democracy prevailing in Sudan. 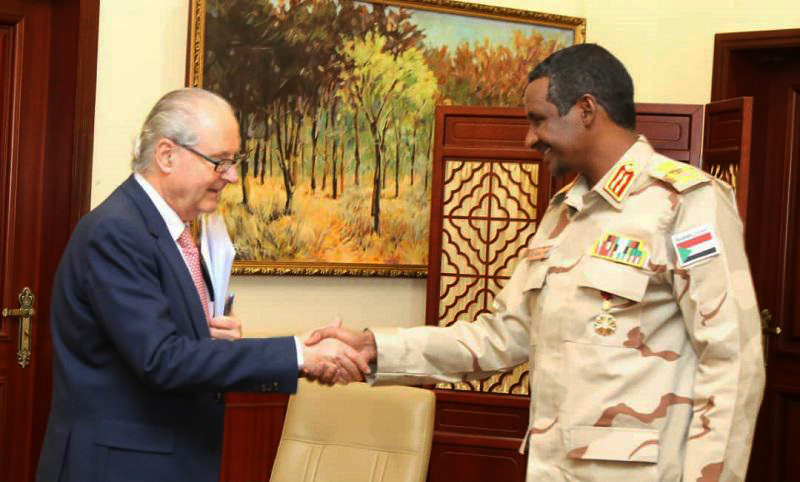 Also on Monday, Hemeti received the British Ambassador to Khartoum, Irfan Siddig, and briefed him on the current developments in the country and the reasons behind formation of the Transitional Military Council.

The meeting touched on the role of the council to maintain the safety, security and stability in the country and for citizens.

After the meeting, Ambassador Siddig tweeted: "Met Deputy Head of the Transitional Military Council today. Not to endorse or confer legitimacy. But to stress steps UK wants to see taken to improve situation in Sudan. Top request was no violence and no attempt to forcibly break the sit in."

"Next request was swift formation of a civilian transitional government through a transparent, credible and inclusive process. Also immediate reform of NISS - no detention powers and release of all detainees. Plus cancel all bureaucracy and permits for delivering humanitarian aid."

"Asked for clarity on whereabouts of former President Bashir and other senior former regime figures. Transparency builds confidence. Finally, expressed concerns about historic role of RSF. Allegations of abuses and crimes need to be addressed to build confidence."

The Ambassador of the Netherlands to Sudan, Karin Boven, was also received by Hemeti on Monday. and briefed her on the current developments in the country.

The meeting discussed the TMC role and the measures taken to maintain the stability and security in Sudan.

Meanwhile, Ambassador Karin Boven confirmed the support of the Kingdom of the Netherlands to achieve security and stability for Sudan and its people.

After the meeting Ambassador Boven tweeted: "Just met with Vice Head of TMC Hemedti on his invitation. Pressed for swift & peaceful handover to a civilian transitional government, cf. aspirations of the Sudanese people. I called for the immediate release of those still imprisoned for political reasons, including Darfurians."

"The brave Sudanese people that called for an inclusive civilian government should have their voices heard. The opposition deserves time to agree on key demands. Meanwhile, people have the right to demonstrate. I pleaded to abstain from the use of violence & respect human rights."

"Elections should follow once the country has stabilized and recovered. This might require several years. In my meeting with the Vice Head of TMC, I specifically stressed the importance of the role of women; women should be included in the decision making process, from the start." 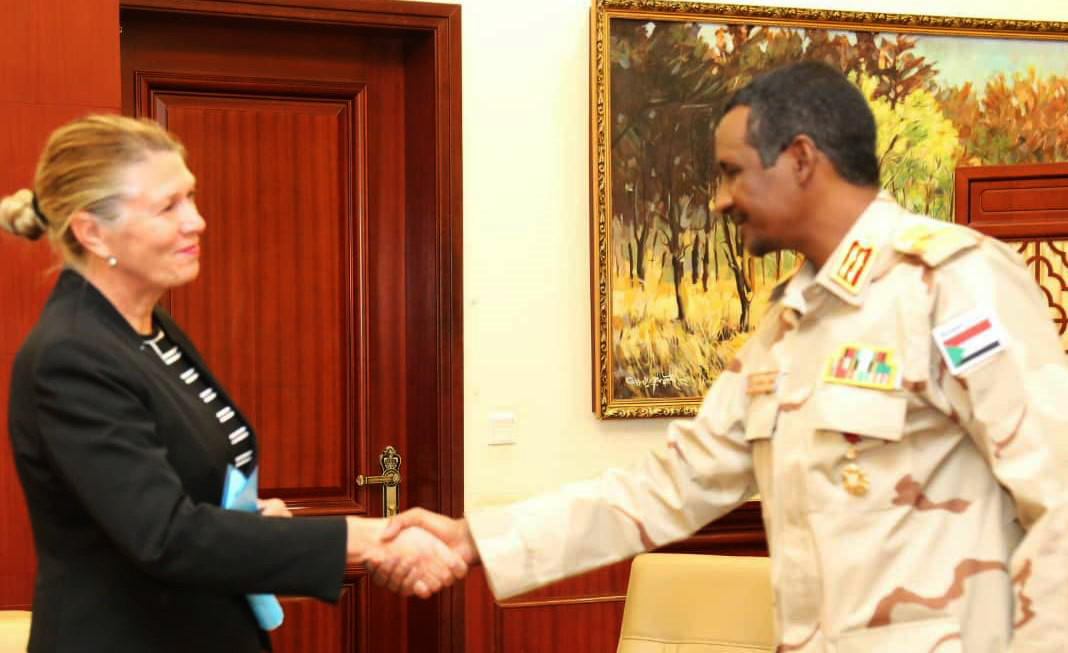 Ambassador of the Netherlands to Sudan, Karen Boven is received by Hemeti on Monday (Photo: SUNA)

Sudan V-P calls for Khartoum roads, bridges and railways to be re-opened