On Thursday, Sudan’s Health Minister Bahar Idris Abugarda briefed the parliament about the spread of the “acute water diarrhoea” epidemic in the country. New cholera cases were reported in the country’s capital, White Nile state, and North Kordofan.

The Minister told the parliament in a session organised by the Committee on Health, Environment, and Population, that between August 2016 and May 2017 the Ministry recorded 14,659 people infected with watery diarrhoea. 292 patients died.

The Sudanese health authorities still refer to “watery diarrhoea” cases, though Sudanese medics have confirmed that the disease is cholera. Mentioning the infectious disease by its real name is not allowed in Sudan.

The National Intelligence and Security Service (NISS) has repeatedly warned the press in the country not to cross this “red line”. In April, an eastern Sudanese journalist was detained for reporting about cholera.

Cholera “seems to be a stigma for the government,” a UK-based Sudanese specialist told Radio Dabanga in January. “Yet raising the awareness among communities about preventing cholera is crucial to containing a cholera outbreak.”

On 25 May, a group of young people gathered in front of the Sudanese Ministry of Health in Khartoum and demanded the government to acknowledge the cholera epidemic.

Cholera is a fast-developing, highly contagious infection that can spread in areas without clean drinking water and with poor sanitation.

The Health Minister indeed predicted an increase in infections in the rainy season, which commences in May-June and lasts until September-October, if nothing is done about contaminated drinking water and bad hygienic circumstances.

“We expect the worst with the rainy season,” he said, and called for intensified monitoring of the water sources and networks. Clean water should be provided by tankers in the affected areas, though rains and ensuing floods may hinder access to some areas.

The parliamentary health committee plans to summon all state ministers responsible for water sources and environment next week to question them about measures they have taken and are planning to take.

Abugarda told the parliament that White Nile state recorded the highest number of victims so far: 4,442 people were infected, and 83 patients died. 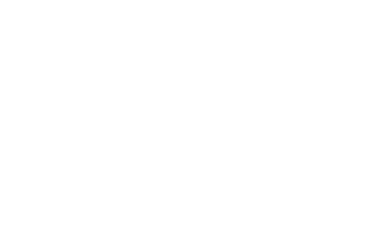 He said that the influx of large numbers of refugees from South Sudan, where the water-borne disease is spreading as well, has contributed to the increase.

In Blue Nile state, where the first cases were recorded, 4,471 people were infected by “watery diarrhoea” and 12 patients died in the past 10 months.

The death toll in El Gezira in central Sudan amounts to 55 cases. 982 people were infected. In Khartoum state 878 cases were recorded and 19 patients died. In the northern River Nile state 387 cases and 14 deaths were registered, and in North Kordofan 79 infections and one death.

A medical source in the Alban Hospital in Haj Yousef in Khartoum North reported the death of two “watery diarrhoea” patients on Wednesday. The hospital admitted more than 100 new cases last week.

He called the situation “disastrous” as the hospital is short of medical staff. “Many hospitals in Khartoum daily report new cholera patients, while the government remains silent.”

Other sources said that 41 people died in Khartoum, and 110 new infection cases were recorded last week.

On Friday, journalist El Tahir El Doma reported from White Nile state that the hospital in Kosti received 15 new patients, the hospitals in Rabak five, and the health centre in Asalaya two.

“Yet the health centres in the areas of El Marabi and Mahjozat, and the Rabak Hospital are still overcrowded with cholera patients,” he said.

El Doma attributed the decrease in new cases to “the environmental sanitation campaigns” carried out in the state. Chlorinated water is distributed in the affected areas, and people are advised not to eat fresh vegetables.

Dr Amer Adam, Head of the North Kordofan Doctors Committee, also reported a reduction of new cases in the El Obeid Hospital on Friday. “No new cases were reported after we received eight patients from the El Sahwa district in the northern part of El Obeid on Wednesday.”

He said that the Ministry of Health in North Kordofan has banned vegetables and fish imported from affected states for a period of two weeks.

Médecins Sans Frontières/Doctors Without Borders (MSF) announced on Friday that thousands of displaced people in South Sudan’s Jonglei state are at risk from a cholera outbreak. “MSF has opened a treatment unit in Pieri, where teams have treated more than 30 patients so far and set up seven rehydration points and a number of chlorinated water points,” the international NGO said in a statement.

Cholera patients have as well been recorded in other parts of the war-torn country. Juba has officially acknowledged the spread of the disease. The UN World Health Organisation (WHO) reported on Tuesday that a total of 228,551 doses of cholera vaccine have been deployed in the country so far this year. The vaccines have been deployed in sites for the displaced in former Unity and Upper Nile states, which lie close to the Sudan-South Sudan border.

In 2015, when a cholera epidemic broke out in South Sudan, the Sudanese Health Ministry raised the alert level and took precautionary measures to prevent the transmission of the disease.

Pressure on Sudan govt. as cholera advances on Khartoum