The Sultan Ali Dinar Mosque in El Fasher, capital of North Darfur (Photo by Rami Khalid Ahmad (18) from Al Ribat Secondary School for boys in El Fasher for the Eyes of Darfur Project. Rami wants to become a pilot in the future. Source: Flickr / Unamid)

Today marks the beginning of the Muslim holy month of Ramadan (رمضان), which is observed throughout the Islamic world, including Sudan, as a month of fasting from dawn to sunset, and increased attention to prayer and charity.

Throughout Sudan, on this Ramadan in particular, charity is sorely needed. The country is in the teeth of a nationwide fuel shortage which has had a domino effect on agriculture and transport, especially in remote areas. The country’s logistics infrastructure is in disarray, which has led to basic commodities becoming scarce. The consequent dynamics of supply and demand result in prices that soar beyond the means of many, especially the destitute displaced people of Darfur.

Prices for goods have skyrocketed and even water is scarce as lack of fuel causes pumping engines across the most arid regions to splutter to a halt. Electricity generators are similarly silent, leaving much of the countryside in darkness. 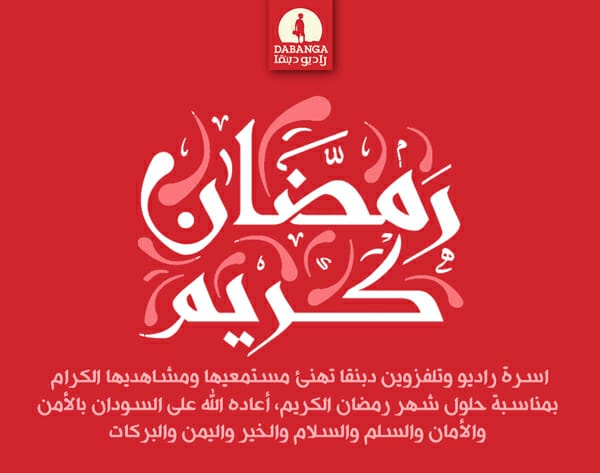 Commodity prices in the capital, Khartoum and the states have been rising with the advent of the holy month of Ramadan at a time when Khartoum is witnessing a crisis in transportation and a rise in tariff rates.

Residents from the cities of Kassala and New Halfa have complained about the hike of the prices of basic commodities, especially with the continuing cuts in electricity.

West Kordofan and Abyei are also experiencing a severe fuel crisis and a hike of prices of essential goods.

He said the State of Emergency imposed in the state has contributed to the rise of the cost of goods because of the intervention of the security services in the quantities of goods through issuance of permission.

Hussein Abusharati, the spokesman for the Darfur Displaced and Refugees Association said: “The camps are witnessing a comprehensive deterioration in living and humanitarian conditions.”

He explained to Radio Dabanga that this has forced women to resort to hard labour, such as working in brick factories to provide a living and medicine for their children.

He appealed to humanitarian and charity organisations to expedite the provision of food packages, termed ‘fasting bags’ during Ramadan, to rescue the displaced in the camps in addition to the provision of services. He also called on the authorities to provide fuel to maintain production in vegetable farms of the camps.

The camps of displaced people have seen an unprecedented rise in prices of basic commodities in the advent of the month of Ramadan. Abusharati reported that the grain mills in the camps have stopped because of lack of diesel.

President Al Bashir has pledged to meet the demands of displaced people and refugees in camps in Darfur through an integrated programme by implementing them in coordination with state governors.

On Tuesday, President Al Bashir expressed support in addressing the delegation of the General Directorate of the Displaced and Refugees in Darfur his welcome of the establishment of the administration according to the official Sudan News Agency (SUNA).

Al Bashir added that “all the demands of displaced people in the camps will find all the attention and we will put a programme to be implemented in coordination with the governors… We will act to return the displaced people and refugees and provide them with all the necessities of a decent life until they return voluntarily.”

Assistant to the President Ibrahim El Sanousi, said that the General Directorate of the Displaced and Refugees in Darfur has become the mouthpiece of the displaced and that they do not want anyone to speak on their behalf at home and abroad.

A number of representatives of the displaced spoke stressing, according to (SUNA), keen to achieve peace and development, calling for continuation of the process of collection of weapons and provision of necessities of life and services to all people of Darfur.

In its latest Sudan Update, the Sudan Democracy First Group confirms that the shortage of fuel petroleum products in Sudan has completed its sixth week. “It has become usual for owners and drivers of cars and trucks to wait long hours in long queues and even some spending the night at gas stations to buy fuel. Moreover, the government authorities has limited purchasing of fuel to only SDG 215, the equivalent of $5.60,” the update says.

“The fuel crisis has caused high rise on all domestic and foreign transportation costs l leading to congestion in traffic because of the lack of transport vehicles. The crisis is even more severe and acute in the peripheral states and areas outside the capital city, where water pumps came to complete stop and hence severe water shortage in many states. The fuel shortage crisis is already threatening to destroy agricultural season, on which the majority of Sudan’s population depend for their daily food. Fuel stations are witnessing an intense security presence for police, riot police, and the intelligence services, to abort any protests fuelled by the public’s anger due to these long queues.”

The update explains that the fuel shortage comes as a direct outcome of the long-standing economic crisis and the 2018 budget. After the adoption of the 2018 budget, many Sudanese took to the street in protest and many political and civil activists were arrested and detained for up to three months.

‘Sudanese no longer have the means to celebrate Eid El Fitir’

Support for victims of recent violence in southern Sudan

El Burhan: “Unamid mission in Darfur will end in October”