Some 400 people took to the streets in London on Saturday 30 June to protest increasingly friendly ties between the governments of the UK and Sudan (Picture: Waging Peace)

El Sadig El Mahdi, head of the major Sudanese opposition National Umma Party and the Sudan Call, has met with Minister of State at the British Foreign Office, Harriett Baldwin MP, during his visit to the UK capital of London.

El Mahdi called on the United Kingdom to support an international conference to address the Sudanese crisis through the effective implementation of the road map and stressed that peace, democracy and justice are necessary for stability. 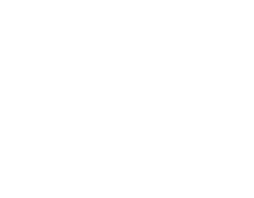 He explained that the meeting in Berlin, which was attended by the German government and a strong alliance (Sudan Call) last June resulted in positive results, adding that the Sudan Call partners seek to expand its components and unite the efforts of the Sudanese opposition forces all and strengthen coordination and cooperation between them.

He stressed the importance of involving the international actors in the efforts to achieve a just peace and full democratic transformation in Sudan. He pointed out that the Troika (USA, UK, and Norway), the European Union and Security Council member states, especially Russia and China, should support the African Union to achieve the road map signed by the Sudanese parties.

El Mahdi stressed that the continuation of wars in Sudan leads to the feeding of terrorism and the flow of refugees, and he saw that these problems cannot be resolved without addressing the root causes of the crisis in Sudan.

As previously reported by Radio Dabanga, some 400 people took to the streets in London on Saturday 30 June to protest increasingly friendly ties between the governments of the UK and Sudan.

According to Maddy Crowther of Waging Peace, an organiser of the protest, 400 people turned out on 30 June to walk peacefully from the Sudanese Embassy to the official residence of the British Prime Minister at 10 Downing Street in London. Other organisations involved were the Humanitarian Aid Relief Trust (HART) and Stand UK.

The protest was held in light of the “strategic dialogue” which has opened up between the UK and the Sudanese government. The relationship has become increasingly friendly since 2016, as the two countries attempt to collaborate on “bilateral issues, the peace process, human rights, development, trade and investment, migration, defence engagement, counter-terrorism and countering violent extremism, regional issues and culture.” The next strategic dialogue will be held in October 2018 in London.