Three schoolgirls died, and eight others sustained injuries when this wall collapsed at Darelsalam basic private school for girls in the Ombadda district in Omdurman (RD)

Yesterday three schoolgirls died, and eight others sustained injuries when a wall collapsed at Darelsalam basic private school for girls in the Ombadda district in Sudan’s second city of Omdurman. Floods are wreaking havoc across many parts of Sudan.

The eight injured girls were transferred to El Rajhi Hospital. The collapse is attributed to the heavy rains in the area. 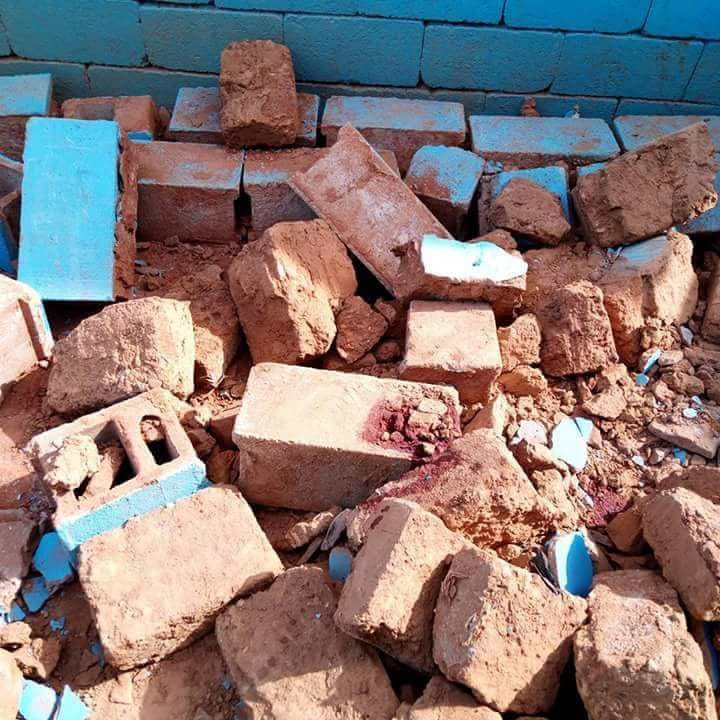 One person was drowned, and another rescued from floods at Khor Arbaat in Red Sea state in eastern Sudan.

Journalist Osman Hashim said that people managed to rescue a driver while his assistant was washed away – the body has not been found thus far.

On Tuesday, floods surrounded the employees’ hostel at Arbaat dam and flooded the dam and the water pipes.

Also on Tuesday, torrential rains in Kabkabiya locality in North Darfur caused the death of an 11-year-old boy and seriously injured his mother when the roof of the room they were in collapsed. A number of houses and government facilities have also reportedly collapsed after continuous rain that lasted for five hours.

Floods and torrents in Delgo in the Northern State have led to the collapse of three houses completely and damaged one hundred and thirty houses partially, in addition to partially damaging Waw health centre and Sara school.

A resident of Wagar told Radio Dabanga that the road between the two towns has been cut-off for two days and pointed to its great impact on the movement of people and goods.

He explained that the floods are continuing and called on the state government to urgently intervene.