People in Port Sudan and Gebeit in Red Sea state took to the street on Friday in protest of drinking water shortages.

Journalist Osman Hashim told Radio Dabanga that dozens of people living in the Teranseet district in Port Sudan gathered in front of the governor's residence in the city on Friday, in protest against the ongoing water crisis that started months ago.

Despite repeated promises of the state government to address the problem, the provision of drinking water still fails.

Hashim said that the state governor told the protesters to present their complaints in writing. The people agreed to hand a memorandum to the governor the following day.

In June, various protests erupted in the Red Sea state capital against the month-long acute water crisis. Dozens of demonstrators were detained, including a 13-years-old boy.

An activist reported to this station on June 17 that the authorities earlier dismissed the director of the Red Sea Water Corporation. “Yet the new director did not manage to restore the drinking water supply which is suffering from outages for years,” he said.

According to eastern Sudanese civil society organisations, the funds allocated for the maintenance and extension of the drinking water supply system in the state have been misused.

On Friday morning, demonstrators gathered in front of the hospital of Gebeit, denouncing the decision by the Sinkat locality commissioner to close the pipes carrying water from the Gebeit El Ashraf Dam to the town.

One of the protesters explained that the commissioner ordered the closure of the water provision from the dam to Gebeit and the opening of the pipes to Sinkat town.

He said that a number of community leaders and the member of the state parliament for the Gebeit constituency headed the protest, calling the commissioner’s decision “a clear injustice against the people of Gebeit”.

The community leaders threatened to expand the protests if the commissioner does not reverse his decision. 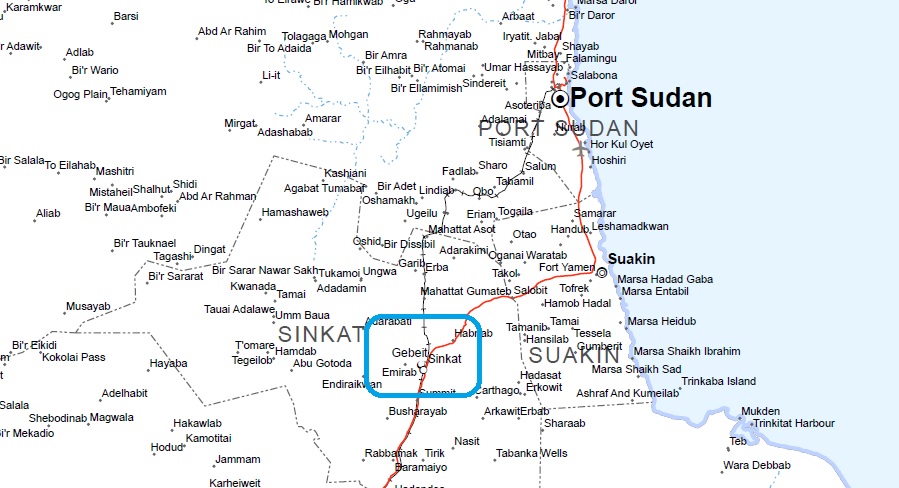