Hundreds of demonstrators blocked Nile Street in Khartoum on Sunday morning, in protest against attempts of the Rapid Support Forces (RSF) to close the Blue Nile Bridge and prevent people from reaching the sit-in front of the Sudanese army command. In Port Sudan, an RSF force stopped a port workers meeting. 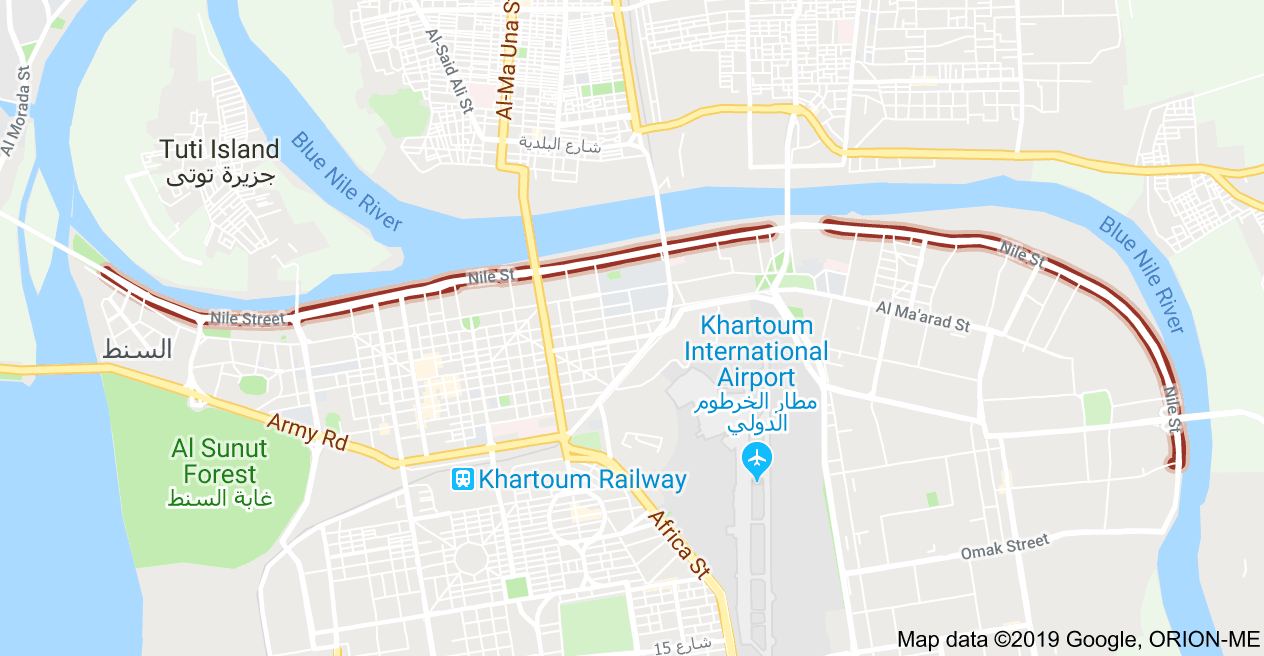 Early on Sunday morning, members of the RSF, Sudan’s main government militia, closed the bridge under the pretext of maintenance. Hours later they allowed people on foot to pass, and walk straight to the sit-in again.

The protesters demanded the withdrawal of the militiamen from the vicinity of the sit-in. The RSF troops should be replaced by army soldiers.

In a statement on Sunday morning, the Sudanese Professionals Association called on the people in Khartoum, Khartoum North, and Omdurman to come to the sit-in in the afternoons and evenings, to “conduct protest rallies to protect the protesters and the intifada, and uphold our just demands, the first of which is to hand over full authority to civilians”. 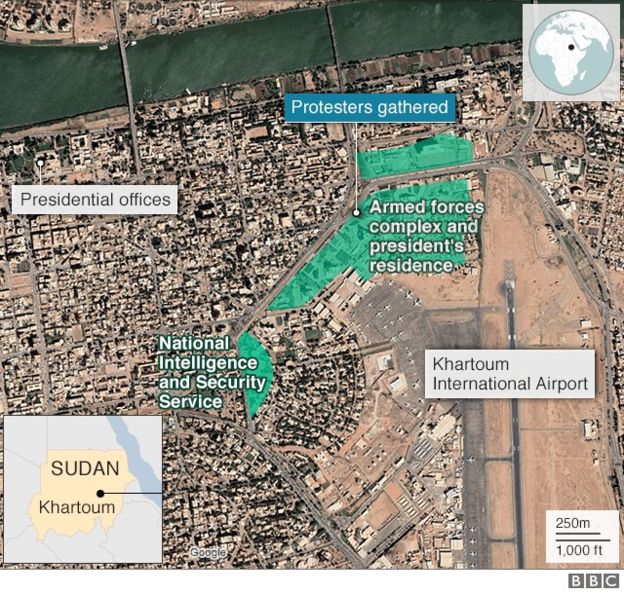 The statement said that joint security and military forces are trying “to pressure the revolutionaries to stop the peaceful sit-in”.

The Association did not rule out that there would be an attempt to remove the people at the sit-in later on Sunday.

Negotiations between the TMC and representatives of the Alliance of Freedom and Change, the driving force behind the protests, about a new government were supposed to resume today. Yet, no news has reached Radio Dabanga so far.

Thousands of people in El Geneina, capital of West Darfur, took to the streets on Sunday, calling for the hand-over of power to a civilian government.

In Khartoum, personnel of the Ministry of Infrastructure and Transport and the Khartoum state Corporation of Roads and Bridges organised a protest in support of the intifada.

An RSF force prevented workers of the Red Sea ports from gathering for a meeting in Port Sudan on Sunday.

On Thursday, temporary workers at the Ports Authority in Port Sudan announced the lifting of their strike after the acting governor of Red Sea state, Maj Gen Esameldin Abdelfarraj, agreed to offer them a permanent contract. He promised them to publish lists with all workers who were offered a permanent contract on Sunday.

Yet, no lists were seen on Sunday.