Protest in Kutum, North Darfur, yesterday for the displaced (RD)

The Forces for Freedom and Change (FFC), the Sudanese Professionals Association (SPA), and resistance committees active in the neighbourhoods in Kutum carried out a vigil in front of the Kutum locality offices on Sunday.

They protested against the North Darfur Urban Planning Minister’s decision to officially allocate the areas of Tarembis, Buya, and Hillet Karar to “foreign settlers”, who are already residing there.

The protestors expressed their solidarity with the original inhabitants of these villages, who are now residening in camps for the displaced.

Yahya El Khoms, leading member of the Forces for Freedom and Change in Kutum, told Radio Dabanga that the protestors submitted a memorandum to the director of Kutum locality.

He explained that the villagers were displaced at the outbreak of the civil war in 2003. They fled to the camps, where they now live.

The displaced are ready to return to their villages if the security situation allows it, and the foreign settlers are removed, he said.

During the ousted Al Bashir regime, herders from countries west of Sudan were invited to inhabit the areas where Darfuri farmers used to live. Militias, set-up by the Al Bashir regime, protected these settlers in Darfur for years.

In June 2015, villagers from North Darfur’s Tawila, west of the capital El Fasher, reported to Radio Dabanga that thousands of newcomers took plots in areas deserted by the displaced. The newcomers were identified as members of Sudanese Arab militias and migrants from Chad, Mali, and Niger, bringing their livestock with them.

Four years later, in March 2019, the Al Bashir regime reportedly converted large tracts of agricultural lands to housing areas in North Darfur’s Kabkabiya and handed them to people from Niger and Mali.

Attacks by Arab herders and militiamen are frequently reported until today. Transitional justice to Darfur displaced and a safe return to their villages are among the main topics of the peace talks on Darfur currently taking place in Juba, capital of South Sudan. 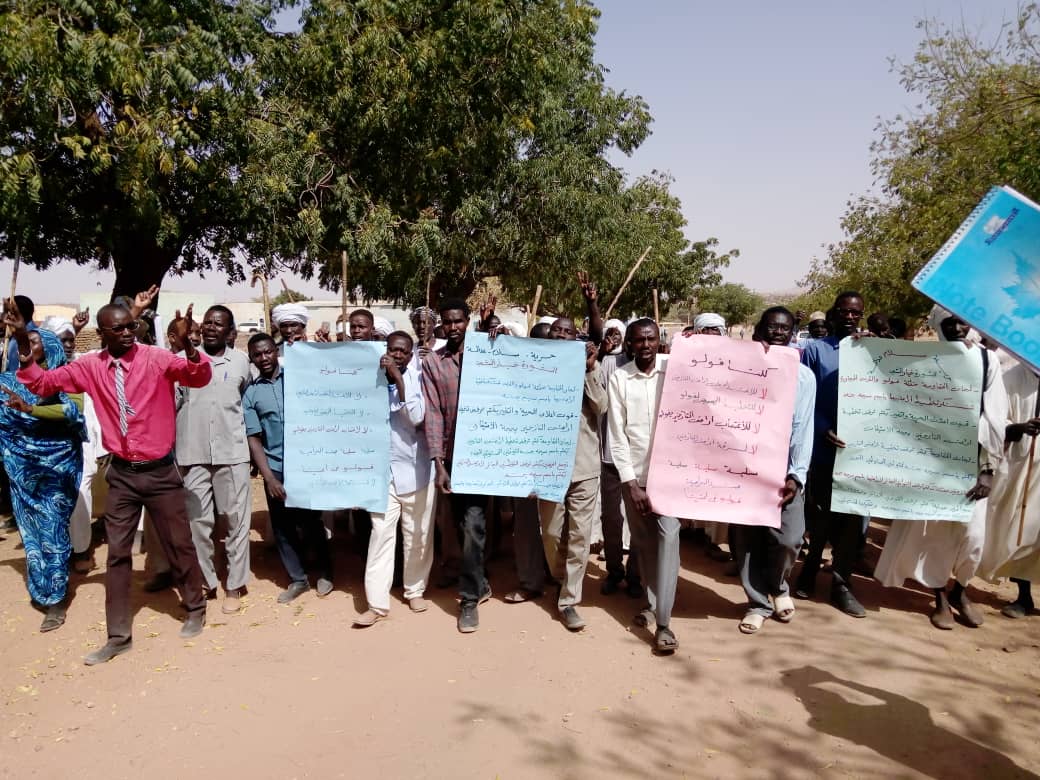 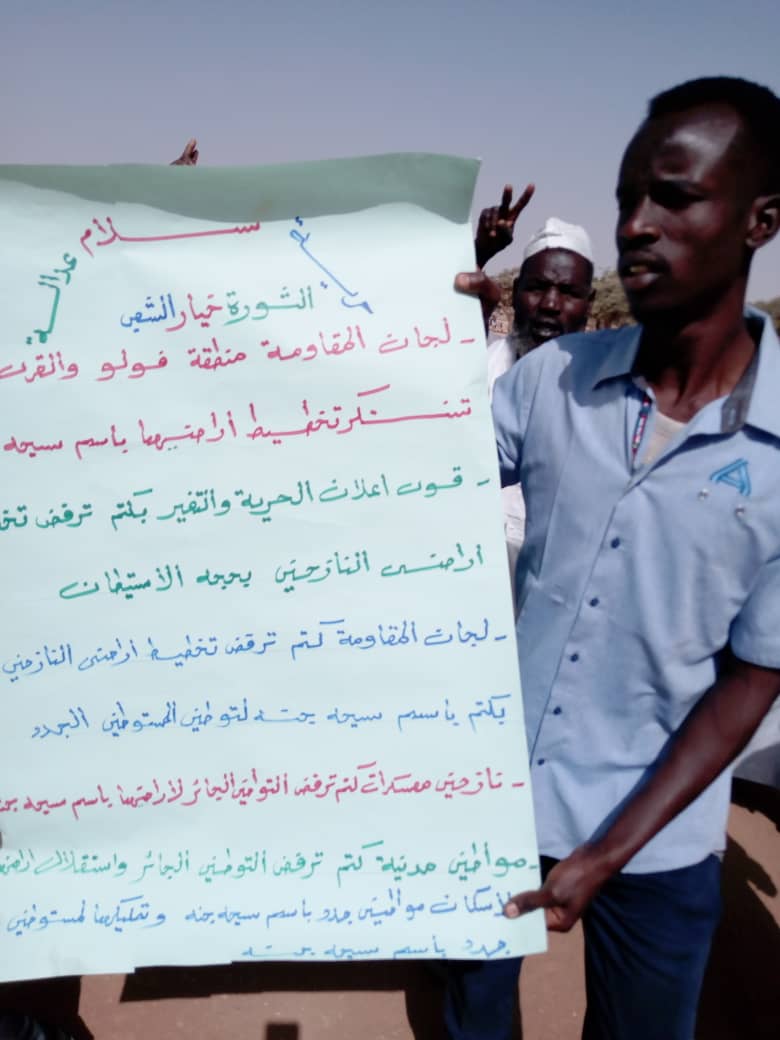