Skip to main content
Toggle navigation
Independent news from the heart of Sudan
Watch live
Home > All news > Op-ed: Is the Juba Peace Agreement a Turning Point for Sudan?

Op-ed: Is the Juba Peace Agreement a Turning Point for Sudan?

Sudan is looking towards a brighter future after the initialling of the Juba peace agreement on August 31, an important first step towards bringing peace to the conflict zones and laying the foundation for democratic transition and economic reform throughout the country.

Although there is a long road ahead to achieve sustainable peace and formidable challenges remain, the hope is Sudan can turn the page on decades of war that has left hundreds of thousands dead and millions displaced, particularly in Darfur and the Two Areas (South Kordofan and Blue Nile).

The peace agreement, between Sudan’s transitional government and the Sudan Revolutionary Front (SRF), a broad alliance of armed and other movements, and Minni Minawi’s Sudan Liberation Movement, is not yet comprehensive as it did not include two other important armed movements.

Expected to be formally signed in early October, the deal has been hailed as a ‘historic achievement’ by the UN secretary-general, and the international community also commended the government of South Sudan for its positive role as mediator and urged hold-out groups to join the peace process. Much does depend on delivering on the agreement, and the experience of implementing past peace accords in Sudan has been dismal, particularly when it comes to bringing tangible benefits to people on the ground.

'This is not a paper agreement, but is a living organism that needs care, attention and political will from all of us' - PM Abdallah Hamdok

What potentially makes the Juba agreement different is that Sudan’s civilian-led transitional government aspires to deliver peace, justice and democracy in line with the goals of the revolution; that the agreement was negotiated between the Sudanese themselves, with a light touch from the South Sudanese mediation and low-key logistical and technical support from the international community; and that much of the negotiations were conducted between former comrades, in marked contrast to the confrontational atmosphere that prevailed during the Bashir era.

As Prime Minister Abdalla Hamdok put it: ‘This is a Sudanese peace, made with our own hands and by our own efforts’ and: ‘This is not a paper agreement, but is a living organism that needs care, attention and political will from all of us’.

Achievements of the agreement

The result of almost one year’s hard work in Juba, the agreement is comprehensive in scope and addresses the fundamental issues of Sudan’s crises in Darfur, the Two Areas, and other marginalized regions, albeit in a mixture of regional and national protocols. It goes a long way to realizing the vision of a democratic ‘New Sudan’ based on respect for the diversity of the Sudanese people and equal citizenship without religious, ethnic, cultural or gender discrimination.

There is a focus on the concerns of historically marginalized populations in Sudan’s conflict zones and disadvantaged areas, and it addresses root causes of conflict, such as issues of identity, marginalization, the relationship between religion and state, governance, resource-sharing, land issues, social justice, and equality at the national level.

The deal also looks to resolve the consequences of conflict, such as humanitarian relief, the safe and voluntary return of IDPs and refugees to their original lands and compensation, eviction of illegal settlers and the development and reconstruction of the conflict-affected areas. It provides for significant devolution of power and resources to the regions, including autonomy for the Two Areas and restoration of a single Darfur region. On transitional justice, the government has committed to cooperate fully with the International Criminal Court (ICC) and ensure Bashir and others subject to arrest warrants will ‘appear before’ the ICC.

This deal will change the face of the transitional government by bringing marginalized forces to the centre of the political process. The transitional period will extend to 2023, with the armed movements having three seats in the (currently 11-member) Sovereign Council and 25% of seats in the Cabinet and soon-to-be-formed Legislative Assembly.

The power-sharing provisions have been criticized as disproportionate to the size of the movements’ political constituencies and military presence inside Sudan. But the movements argue significant representation in the government is necessary to support implementation and that their arrival in Khartoum will help to strengthen the transition to democracy.

'Establishing a single, national professional army, reflective of the diversity of Sudan and with a new military doctrine opens the way for much-needed comprehensive security sector reform'

Establishing a single, national professional army, reflective of the diversity of Sudan and with a new military doctrine opens the way for much-needed comprehensive security sector reform. During the transition, this will include the creation of a 12,000 strong joint force between government security forces and the armed movements to help protect civilians in Darfur. Importantly, mechanisms allowing for civilian input on security reforms are also established.

The deal also guarantees religious freedom and the separation of religion from politics. This ensures religion will not be exploited by state institutions as it was during the Bashir-era, provides for the constitution to be based on equal citizenship, and for the establishment of a National Commission for Religious Freedom to protect the rights of Christians and other minorities. In the Two Areas, the autonomous government will have special legislative powers to pass laws based on the secular 1973 Constitution.

Key to achieving inclusive and sustainable peace is ensuring popular ownership and finding ways to engage civil society stakeholders and marginalized communities such as nomads in dialogue, reconciliation, and social peace initiatives. The negotiations were mainly a top-down elitist process. Although the UN brought IDPs, tribal leaders and women’s groups to Juba for short periods, there was limited participation by civil society. However, the agreement provides for a wider range of stakeholders to feed into a comprehensive peace through reconciliation and transitional justice mechanisms, follow-on conferences, and an inclusive National Constitutional Conference.

Achieving a comprehensive peace will also mean bringing other armed movements on board, particularly those led by Abdel Aziz Al Hilu and Abdel Wahid Al Nur, both of whom hold significant territory, forces, and support (in the Two Areas and Darfur respectively). Negotiations in Juba with Abdel Aziz had stalled over his demands for a secular state or, failing that, the right to self-determination, but he has now reached a preliminary agreement with Prime Minister Hamdok on a way forward.

Other challenges of implementing peace

Turning the peace agreement into reality on the ground will face many other challenges given the fragility of a civilian-military transitional government, distrust, and competition between the signatory movements and some political parties, as well as increasing insecurity in many parts of the country caused by armed militias, inter-tribal violence, the proliferation of weapons, and sabotage by elements of the former regime. There is also likely to be resistance from groups such as illegal settlers who see their interests being threatened.

'With its economy in meltdown because of economic mismanagement by the Bashir regime, COVID-19, and unprecedented floods, finding resources to implement the peace deal is far beyond the means of Sudan’s cash-strapped government...'

With its economy in meltdown because of economic mismanagement by the Bashir regime, COVID-19, and unprecedented floods, finding resources to implement the peace deal is far beyond the means of Sudan’s cash-strapped government. Implementation therefore requires sustained and generous support from its regional and international partners, including the country’s urgent removal from the US State Sponsors of Terrorism list, which is preventing debt relief, access to concessionary loans and large-scale foreign investment. With donor budgets under heavy pressure, raising money will be hard, but by continuing to support a nascent democracy in a strategically important but unstable region, Sudan’s allies will be safeguarding their long-term interests.

If properly implemented, the Juba peace agreement is a major first step towards creating a ‘New Sudan’ based on peace, equal citizenship, and social justice. Key tests of whether Sudan can finally turn the page are whether the signatory movements and other revolutionary forces can unite to deliver the dividends of peace for the victims of Sudan’s conflicts, and embrace inclusion rather than tribalism and narrow political affiliation; whether the remaining armed movements are ready to start serious negotiations for a comprehensive peace; and whether Sudan now receives the support and attention it deserves from the international community. Surely Sudan has already come too far for this historic opportunity to be lost.

This op-ed is republished here by permission of Chatham House.

Based in London, Chatham House, Royal Institute of International Affairs, whose mission states is independent and owes no allegiance to any government or to any political body, does not take institutional positions on policy issues.

“As a world-leading policy institute, our mission is to help governments and societies build a sustainably secure, prosperous and just world.” @ChathamHouse 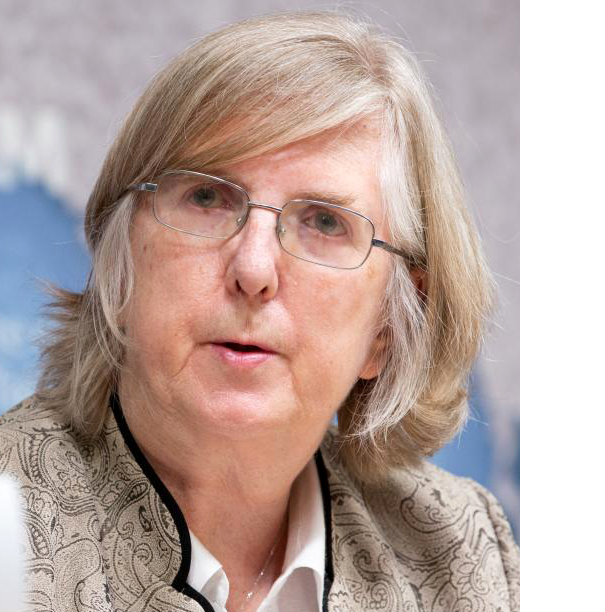 Dame Rosalind Marsden was the EU Special Representative for Sudan from September 2010 until October 2013.

She has also served as Head of the United Nations Department and Director (Asia-Pacific) in the Foreign and Commonwealth Office in London.

Earlier in her career she served twice in the British Embassy in Tokyo and spent two years on secondment to the private sector, working in the corporate finance department of an investment bank.