A protest vigil entitled ‘Salvation of the Homeland’ went ahead yesterday in Sudan’s second city of Omdurman spite of attempts by the Sudanese security apparatus to prevent it. The secretary-general of the National Umma Party (NUP), Sara Nugdallah, who called-out the vigil was detained by agents of the security apparatus following the event.

Sudanese authorities pre-emptively flooded the El Ahliya schoolyard and covered it with sewage water in an attempt to prevent the vigil, which was scheduled for3 pm yesterday.

The government deployed large forces of police and security services around the water-covered yard and the surrounding streets, accompanied by tear gas, use of force and arresting anyone trying to reach the yard.

However, chanting crowds under the leadership of secretary-general of the NUP Sara Nugdallah managed to arrive to the yard amid a campaign of excessive repression by the security services. 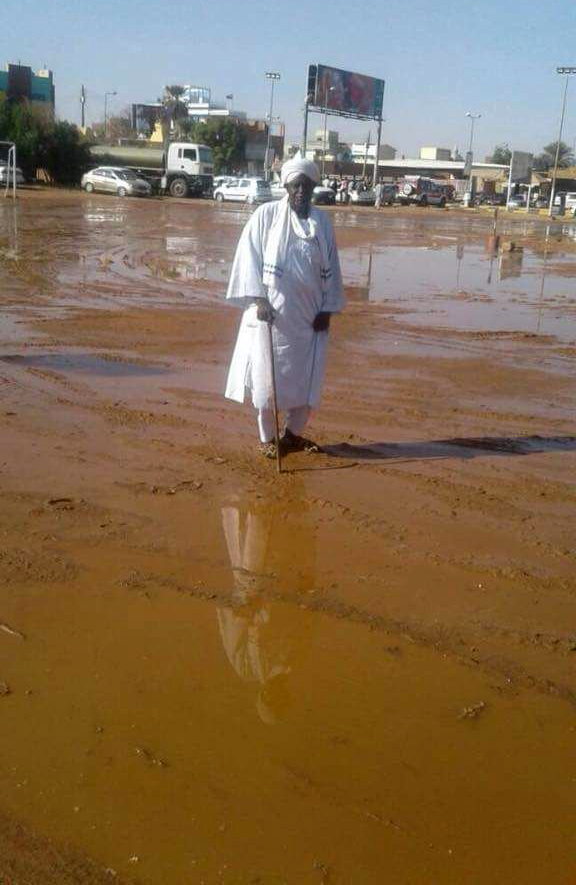 In a news conference on Sunday, NUP chairman El Sadig El Mahdi launched a harsh attack on the government because of the suppression of the peaceful demonstrations and pointed to the barbaric beating of women and children in contravention of constitutional rights.

He described the government's statements about guaranteeing the right of peaceful protests as a lie.

He explained the arrest of a large number of people, including the secretary-general of the Communist Party Mohamed Mukhtar El Khateeb, the head of Darfur Bar Association and co-vice-president of the NUP Mohamed Abdallah El Doma, and leading NUP member Ibrahim El Amin without any reasons in contravention of constitutional rights.

Imam El Mahdi said that the arrests will not dissuade the Sudanese people from their hard work to remove the regime. 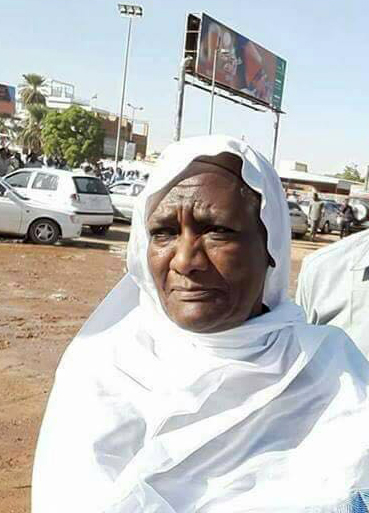 He asked lawyers to file a constitutional case “against barbarous behaviour of the suppression of peaceful demonstrations and arrests”.

He called upon the armed forces and other regular forces not to attack the peaceful demonstrators while demanding their peaceful rights by peaceful means.

El Mahdi also called on all to renounce violence, rely on the power of the word and abide by civil means.

He said that “the regime has failed to manage the country, adding that the political forces will get rid of it uniformly and peacefully”.

He called on all citizens to demonstrate peacefully in districts to reject the policies of the regime.

He also appealed to the branches of the parties abroad to submit notes to the Sudanese embassies in different parts of the world explaining the failure of the regime and demanding its change with a democratic system. 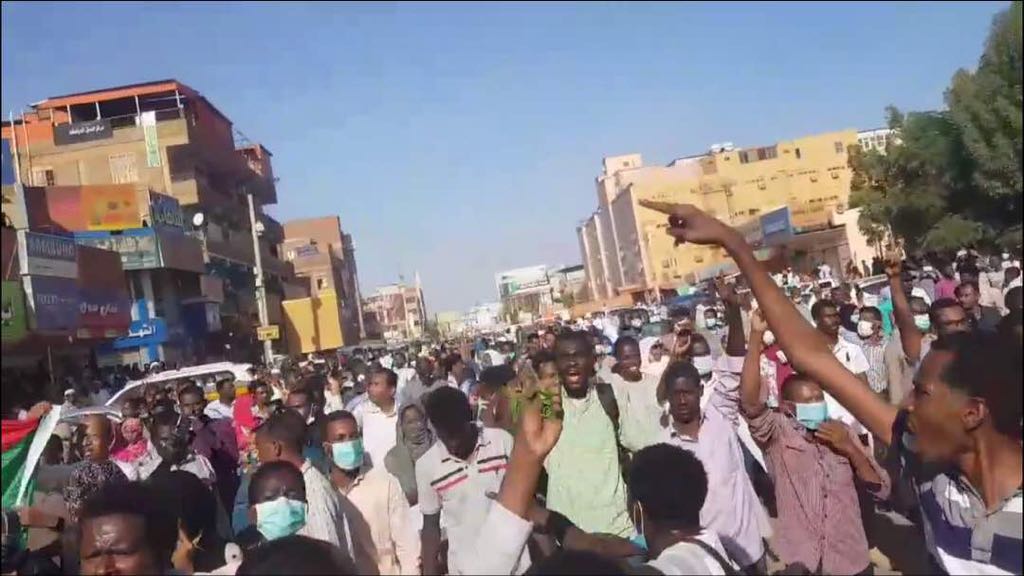 Yesterday the security services launched a large-scale arrest campaign in Omdurman in a desperate attempt to stop the tide of protest against the surge of prices.

The list of detainees includes prominent leaders of the NUP including Mohamed Abdallah El Doma, deputy president of the Umma National Party and Chairman of the Darfur Bar Association (DBA) and Dr Ibrahim El Amin of the leadership of the Umma Party. The arrest also included the NUP delegation of the White Nile State including El Hadi Abu Raya, this is in addition to the arrest of dozens of people and activists, including Erwa El Sadig and the daughters of El Sadig El Mahdi Siddig, Um Salma and Randa.

Yesterday the security services arrested the secretary-general of the Sudanese Communist Party Mohamed Mukhtar El Khateeb from his house at El Haj Yousif, this along also with the arrest of Dr Sidgi Kaballo, member of the party secretariat of the party from his house.

Ali El Rayyeh El Sanhouri, secretary of the Arab Baath Socialist Party, described the repression of demonstrators at El Ahliya yard in Omdurman by the authorities on Thursday as not surprising.

Yesterday El Sanhouri described in his speech in a press conference held at the NUP headquarters the demonstrations at El Ahliya yard yesterday as a station of change and praised the participation of all political and civil forces.

‘Escalation of the uprising in the districts and work sites’

He called for the escalation of the uprising in the districts and work sites until the overthrow of the regime and the liquidation of the foundations on which it’s based so as to achieve the just demands of the people.

Journalists involved in the coverage of Omdurman vigil reported Radio Dabanga the strict ban on photography and the arrest and pursuit of anyone attempting to portray what happened even journalists, news correspondents and satellite channels.

Journalist Khalid Fathi, the editor of the independent daily newspaper of El Tayyar, said security officials accused the editor who was driving his vehicle around El Ahliya of photographing events on the ground and that that they had spent time persuading them that they were not doing so.

He said that the security services faced the crowd with extreme violence using sticks, and tear gas and excessive campaign of arrests, yet the protests continued especially at El Shuhada Square.

Yesterday the political and civil opposition forces officially announced the declaration of the Salvation of the Homeland comprising 11 points. 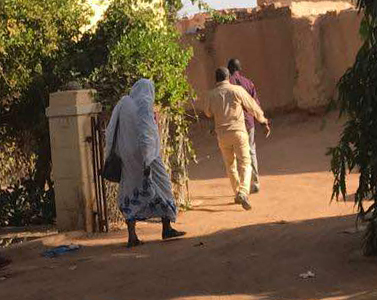 The declaration, read out on behalf of the opposition forces, by lawyer Mohamed El Hafiz at a press conference at the NUP headquarters calling for removal of the regime.

The declaration called for the formation of a transitional government, the conclusion of a just and comprehensive peace agreement that would eliminate the causes of conflict, ensuring the return of displaced persons and refugees to their homes and providing individual and collective compensations, this along with the commitment to fair accountability.

Also the political and civil forces agreed on writing a democratic national constitutional and abandoning the axes policy.

The statement called on citizens to conduct marches, sit-ins and the use of general strike and civil disobedience in order to overthrow the regime in Khartoum. 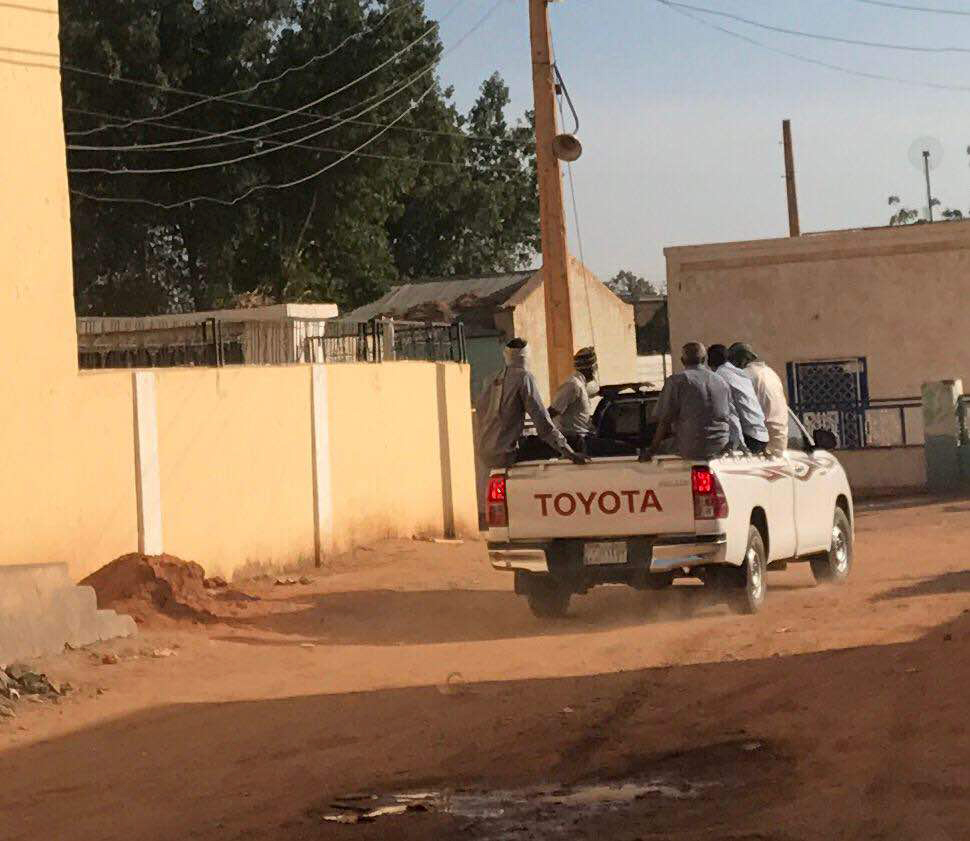