The archeological site of Sedeinga in northern Sudan (Vincent Francigny)

A huge cache of stone inscriptions from one of Africa's oldest written languages have been unearthed in Sedeinga necropolis in the north of Sudan.

The inscriptions are written in the Meroitic language, the oldest known written language south of the Sahara.

Charles Q. Choi reported in an article on Live Science that scientists are investigating the archaeological site of Sedeinga, located on the western shore of the river Nile, about 100 kilometres north of the third cataract. 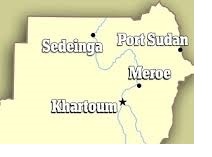 This sandy area was once part of ancient Nubia, known for rich deposits of gold. Nubia hosted some of Africa's earliest kingdoms and a few even ruled Egypt as pharaohs.

The site is home to a large necropolis that holds the vestiges of at least 80 brick pyramids and more than 100 tombs from the kingdoms of Napata and Merowe, which lasted from the seventh century BCE to the fourth century CE. These kingdoms mixed the cultures of Egypt and the rest of Africa in ways still seen in Sudan today, researchers say.

Based on evidence from texts, the site's context, and numerous imported goods found in the graves there, the researchers think Sedeinga was a key place for commercial roads that avoided the meandering and the cataracts of the Nile to the north to go straight to Egypt through desert roads.

“The town would have developed and become wealthy around this activity,” Vincent Francigny, an archaeologist at the French Archaeological Unit Sudan Antiquities Service and co-director of the Sedeinga excavation, told Live Science. 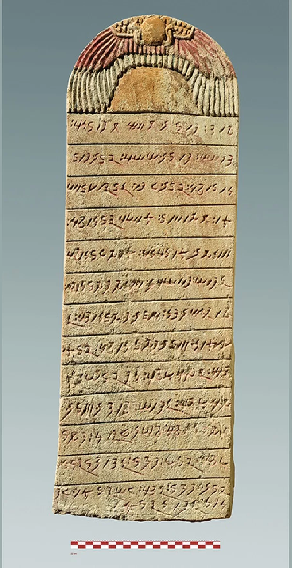 Napata and Merowe formed a civilisation known as the Kingdom of Kush. Meroitic, the language of Meroe, borrowed written characters from ancient Egypt.

The archaeologists have now unearthed the largest collection of Meroitic texts yet. The inscriptions are funerary in nature.

“The Meroitic writing system, the oldest of the sub-Saharan region, still mostly resists our understanding,” Francigny said. “While funerary texts, with very few variations, are quite well-known and can be almost completely translated, other categories of texts often remain obscure. In this context, every new text matters, as they can shed light on something new.”

The scientists noted that a number of artefacts at Sedeinga were dedicated to high-ranking women.

In Nubia, a matrilineal society, the tracing of one's descent through the female line was “an important aspect in royal family lineages,” Francigny said. For instance, “at Meroe, with the figure of the 'Candace,' a sort queen mother, women could, in the royal context, play an important role and be associated with the exercise of power. It is unclear if, at a lower level, women could also play key roles in the administration of the kingdom and the religious sphere”.