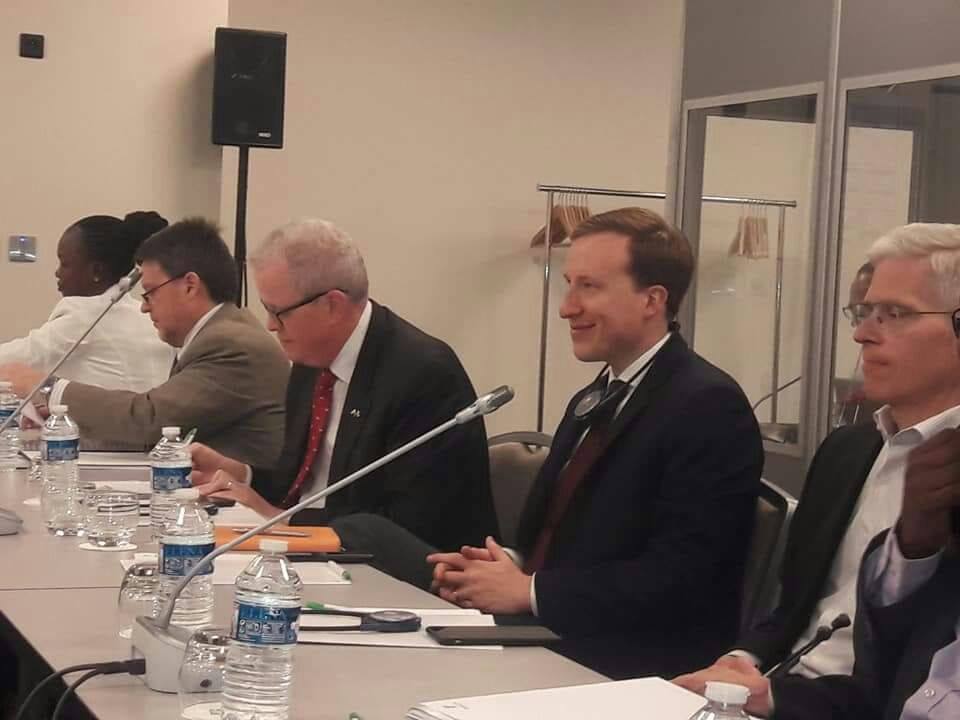 The members of the Sudan Call, a coalition of opposition parties and armed movements, started their meetings in Paris on Thursday to discuss issues in the political process.

Among the members not being able to attend the meeting is Sara Nugdallah, Secretary-General of the National Umma Party (NUP). The Sudanese security service, the NISS, has banned her from travelling to Paris since Saturday.

The Sudan Call, a two-page political communiqué calling for regime-change and democracy, was signed by representatives of the NUP, the National Consensus Forces (NCF, a coalition of opposition parties), the Civil Society Initiative, and the Sudan Revolutionary Front (SRF, an alliance of the main rebel movements) in Addis Ababa on 3 December 2014. Other Sudanese opposition groups and parties joined them in the following year.

Mohamed Hassan El Mahdi, a member of the National Umma Party delegation to the Sudan Call, told Radio Dabanga that the meeting would discuss important issues. “These include a reform of the opposition’s work, a renewal of resistance mechanisms, expansion of the opposition alliance and alternative policies.”

Lawyer Yahya El Hussein of the Sudanese Ba’ath Party, also a leading member of the Call, said that the meeting would discuss procedural issues related to the constitutional declaration document of the Sudan Call.

El Hussein told this radio station that the participants in Paris have agreed on the draft agenda. Their meetings started at 6pm on Thursday and will continue daily in the morning and evening.

Although an invitation was extended to the National Consensus Forces (NCF, a coalition of opposition parties), the NCF thanked the Call for the invitiation but was unable to send any delegates. “We do not have to travel to Paris to meet [the Sudan Call].

In March this year the Call also convened in the French capital. They agreed on mobilising the people in Sudan for a popular uprising. Following these meetings, the Sudanese security apparatus has responded to threats of legal action against the alliance made by Sudan’s President Omar Al Bashir.

In April, the State Security Prosecution service instructed that a complaint be filed against Imam El Sadig El Mahdi, the newly-elected chairman of the opposition Sudan Call alliance and head of the National Umma Party (NUP) “for dealing and coordinating with rebel armed movements to overthrow the regime.”