The Sudan Call forces have accused the government of reneging on the African Union High-level Implementation Panel (AUHIP) roadmap agreement and stressed their non-relation to the National Dialogue or the implementation of its outputs.

In a statement on Saturday at the conclusion of a series of consultative meetings in Paris they said that the roadmap was based on UN Security Council resolutions No 456 and 539 which called for measures to create a conducive climate of stopping the war and providing freedoms.

The forces of the Sudan Call (also referred to as Sudan Appeal) are seeking an equal political process that would bring about a just peace, democracy and citizenship without discrimination, this along with the elimination of empowerment and the restoration of the state of the homeland rather than the state of the party.

The meeting stressed the need for the regime to abide by the procedures and conditions of creating a conducive climate as an input to resolve the political crisis and called on the African mechanism to act for the release of the detainees. 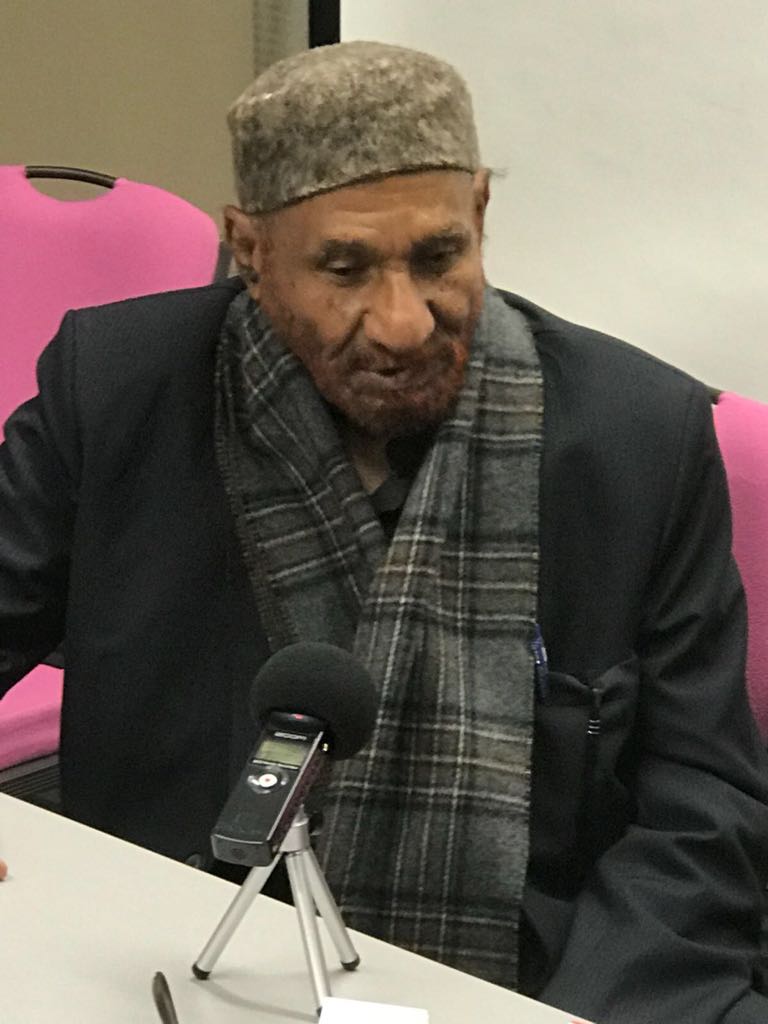 El Sadig El Mahdi, the chairman of the presidential council of the
Sudan Call forces speaks to Radio Dabanga in Paris (RD)

El Sadig El Mahdi, the chairman of the presidential council of the Sudan Call members, expressed concern over the non-participation of the National Consensus Forces (NCF, an alliance of the main opposition parties) and the Sudan People's Liberation Movement-North faction led by Abdelaziz El Hilu.

He told Radio Dabanga that the NCF had demanded postponement of the meeting which was not possible; following the distribution of invitations and identifying the dates.

He said that the meeting came out with forming a delegation to meet with the SPLM-N of the leadership of El Hilu, with the aim of agreeing to avoid resolving differences by force, emphasising peaceful methods and stressing that resolving the dispute by force and fighting serves the agenda of the regime.

He confirmed that new developments have happened after signing the road map, pointing out that the Sudanese people expect to change the regime rather than to dialogue with it.

He said that the forces of Sudan Call will mobilise people for sit-ins and protests for a cumulative movement towards the popular uprising, but at the same time, they will respond to the initiative of the international community and the African Union to revive the roadmap based on the African resolutions no. 456 and 539 and the clarifications approved by the mediators which find regional and international support.

He conditioned that to the regime's commitment to release the detainees, guarantee the freedoms and approve the preliminary meeting.

Regarding his meeting with the chairman of the AU High-level Implementation Panel (AUHIP) Thabo Mbeki, El Mahdi explained that he had asked Mbeki to link the invitation to the meeting with a declaration of principles that defines what is meant by dialogue through the road map.

He explained that the Carter Centre would be organising a technical assistance meeting for AUHIP to which Sudan Call had responded with a written letter accepting the role.

Malik Agar, the head of the SPLM-N in Blue Nile state, confirmed that the meeting of the Sudan Call forces has led to an unprecedented breakthrough in the opposition's work and expressed his satisfaction with the structure of the Sudan Call and forming a sovereign council headed by El Sadig El Mahdi and a general secretariat headed by Minni Minawi.

In an interview with Radio Dabanga, Agar described the meeting as successful and that it has produced positive and good results.

He explained a high coordination between Sudan Call, the National Consensus Forces, youths and women's entities.

He explained that the decisions of the new structure of Sudan Call will effectively be enforced and brought down to the grassroots.

He said the meeting conditioned that the peace process with the government should be linked to the road map by the African Union Resolution No. 539 and 456.

He said the so-called National  Dialogue was futile after the government held it with those who attended it and went on to implement its outputs.

He said Sudan Call had sent a written position to the AUHIP accompanied by an official letter in which the opposition had expressed willingness to explain its position at any opportunity. He expressed optimism at the international community’s taking positions in favour of peace and stability in Sudan.

On Saturday the Sudan Appeal concluded in Paris after four days of meetings, approved a constitutional declaration that would direct and govern its.

The meeting also approved structure of the presidential council electing El Sadig El Mahdi as head by consensus and Minni Minawi as a secretary-general to be assisted by two deputies.

The council's mission is to supervise, plan and manage the work of Sudan appeal and represent it in various forums.

In its final communique, the Sudan Appeal Forces expressed their solidarity with Radio Dabanga and Radio Afia Darfur and called on the Sudanese to contribute in supporting their activities by all means. The secretary-general of the Sudan Call, Minni Minawi, considered the meeting as a milestone in the promotion and development of the Sudan Call’s project, expressing his optimism that the Sudan Call would work to activate the opposition's work at home and abroad.

He called on the Sudanese opposition forces to develop and strengthen coordination mechanisms to achieve the goal of joint action for the elimination of the regime.

He expressed assurance of unity of all the components of Sudan Call and expressed concern for the developments witnessed by the SPLM-MN.

He pointed to the formation of a reconciliation committee for dialogue of the parties of the SPLM-N to reach solutions.

He stressed that the forces of the Sudan Call have nothing to do with the National Dialogue or the implementation of its outputs, pointing out that the regime avoids committing to the road map.

He called on the African mechanism to act to release the detainees.

New round of opposition Sudan Call meetings in Paris