Temporary homes of displaced people in Libei. The plastic blankets that function as roofs are not newly provided blankets. (RD)

Displaced people in Libei in East Jebel Marra have called for a better provision of humanitarian assistance and the permanent presence of the Unamid peacekeeping mission.

Fighting between government troops and pro-government militias with rebels of the SLM-AW has reportedly displaced an estimated 50,000 people. Numbers of them have taken refuge in mountain caves, including in the Libei area.

Now the displaced people demanded from the African Union-United Nations Mission in Darfur (Unamid) and other organisations to call on the UN to immediately deploy the International Committee of the Red Cross (ICRC), Doctors Without Borders and others to provide humanitarian assistance. A Unamid delegation visited the area last Friday.

They renewed their demand for Unamid to deploy troops in the area to provide protection. The appeal to Unamid follows calls made by Sudanese activists, opposition groups, and international organisations such as Amnesty International. It recently obtained satellite and photo images showing extensive damage caused by ongoing attacks on villages in the region.

Activist: ‘No aid has reached the people in Libei yet’

An activist in Libei told Radio Dabanga that the displaced people have fled Jebel Marra because of the fighting, but have not yet been reached by any international organisation, because the government refuses to grant them permits.

“The South Darfur government has allowed only one national organisation to provide distribution services for some non-food items. Without meeting the needs of tens of thousands who have fled from villages which were burned and looted by militiamen in March, April and May of this year.”

Sheikhs estimated the number of displaced people in the area to be about 15,000, some of whom are still stranded in caves in Jebel Marra.

(Pictures of Libei below obtained by Radio Dabanga) 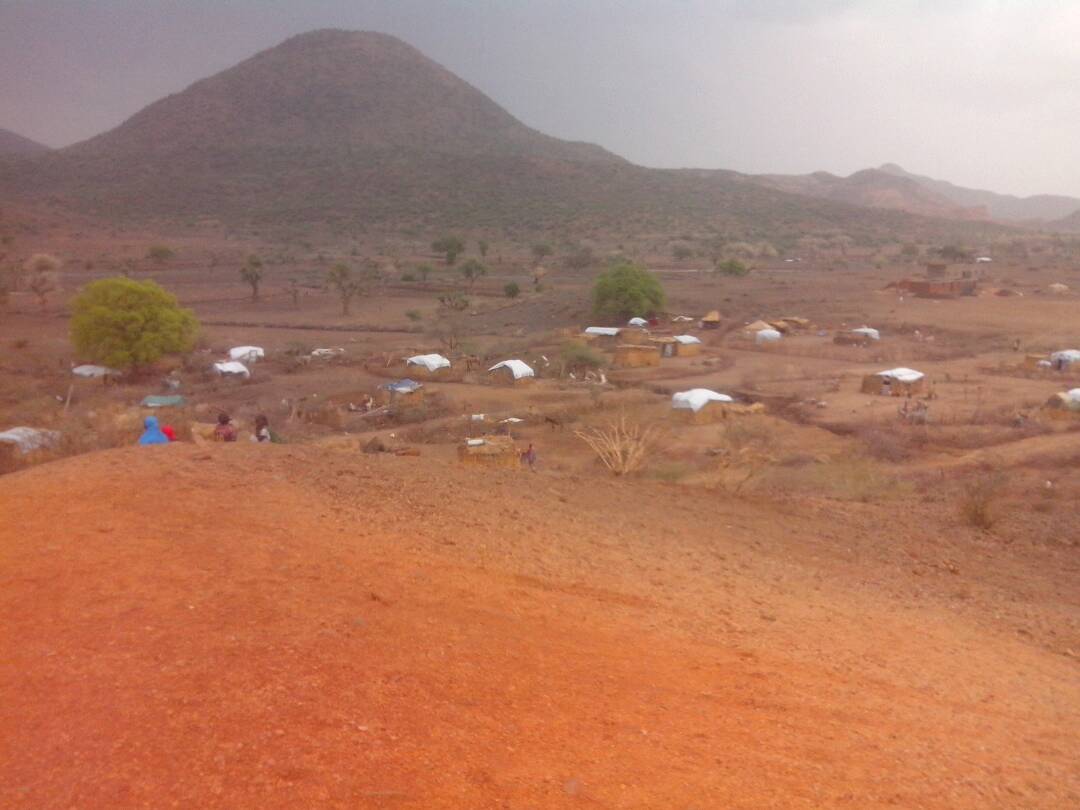 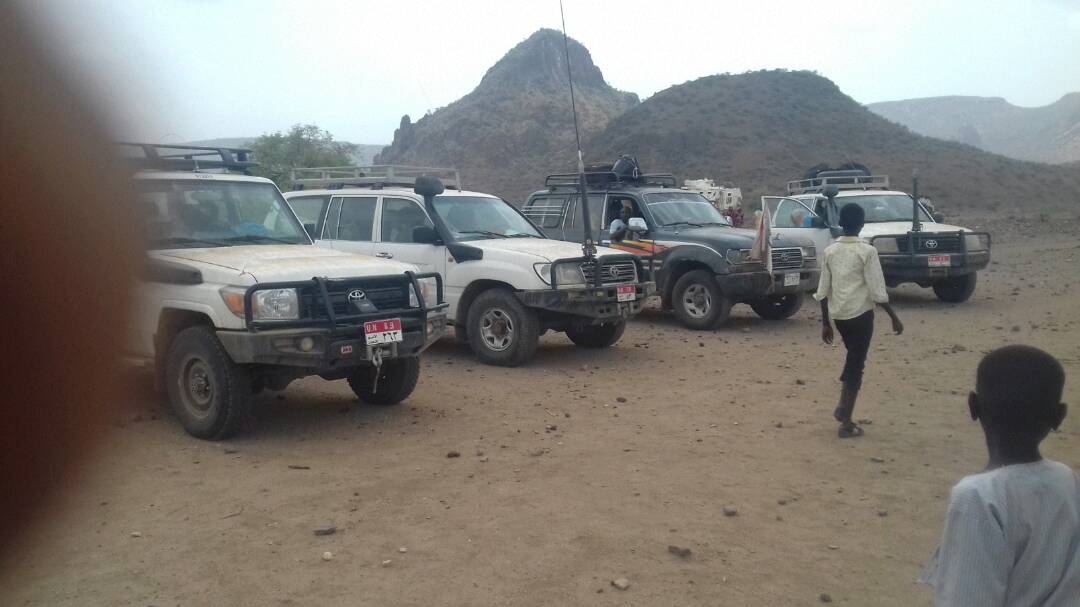 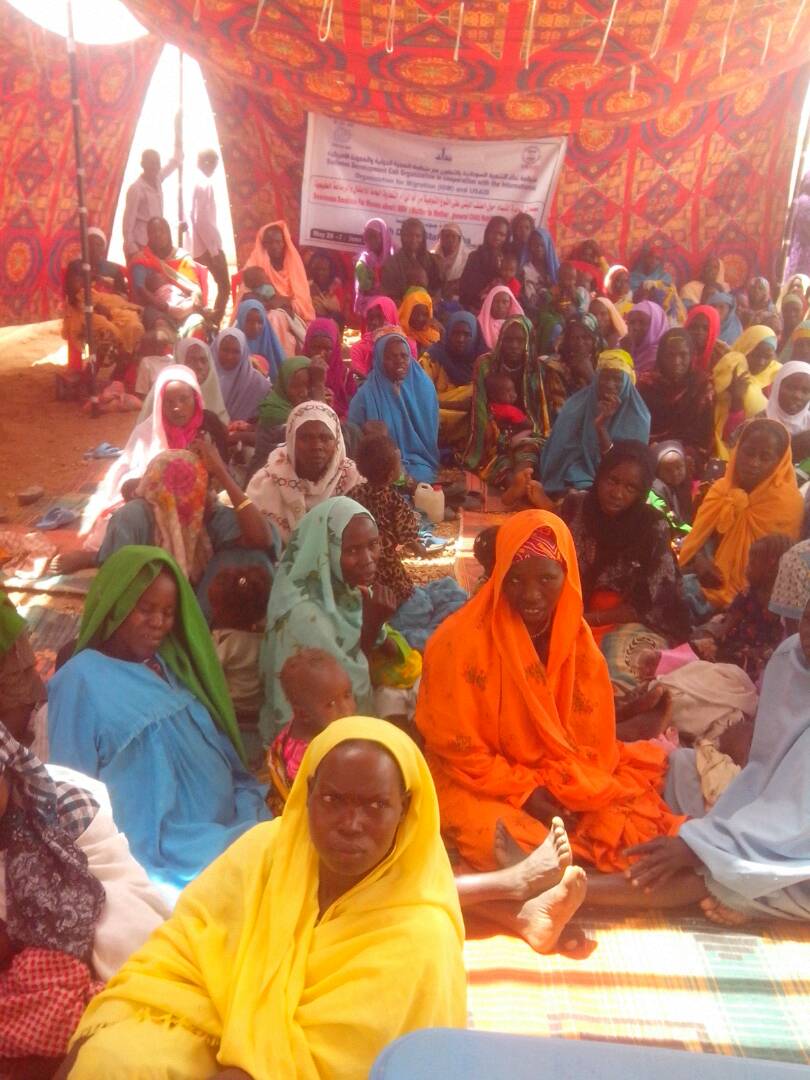 Speaking on behalf of the sheikhs and displaced people in Lebei, the activist stressed the urgent need for humanitarian services to bring food and shelter. “People here desperately need health services and ambulances to transport critical cases to the hospital northwest of Nyala, about 110 kilometres from here.”

Last year Libei was one of the first and few places in the isolated, mountainous Jebel Marra region where a cholera isolation centre was opened for infected people.

Only in March this year, the Red Cross was allowed to deliver essential household supplies to Golo in central Jebel Marra (Central Darfur). Libei is located in East Jebel Marra. It was the first distribution of aid to Jebel Marra as a whole in more than 10 years.

In September last year, the ICRC and Khartoum discussed the resumption of aid activities in the regions of Darfur and South Kordofan. Khartoum’s stance towards foreign aid organisations changed when the improvement of access for humanitarian organisations in Sudan became one of the five tracks the United States assessed Sudan on, as a criterium for the possible lifting of economic sanctions that had been in place since 1997.

“It is unacceptable that the government of Sudan has repeatedly prevented the African Union-United Nations Mission in Darfur (Unamid) and humanitarian actors from accessing the areas of conflict and displaced populations,” the US, UK and Norway said in a statement in June.

Sudan president to UK parliamentarians: “Insecurity in Darfur is normal”