The world’s largest gold refiner, Switzerland-based Valcambi, has sourced over 20 tonnes of gold from UAE-based refiner and gold trader Kaloti, which likely purchased Sudanese conflict gold in 2012 and was at high risk of doing so in subsequent years, a new report by international anti-corruption NGO Global Witness reveals.

According to the report entitled Beneath the Shine: A Tale of Two Gold Refiners, “in 2012 Kaloti likely sourced at least 20 tonnes of gold linked to armed groups in Darfur… and it continued to buy gold potentially linked to conflict from the Central Bank of Sudan between 2013 and 2019. Despite this, Valcambi appears to have ignored obvious signs that Kaloti’s gold might be linked to conflict,” the report asserts.

The report highlights how both companies’ problematic sourcing practices have been enabled or ignored by gold industry bodies, some of the world’s biggest accountancy firms, and Swiss and Dubai authorities. “The relationship between Kaloti and Valcambi illustrates the systemic lack of governance in the gold trade.”

The key findings of the investigation are that Kaloti sourced over 57 tonnes of Sudanese gold in 2012 alone. The UN has estimated that at least 30 of the 65 tonnes of gold that Sudan exported to the UAE that year were connected to militias in Darfur, where a gold rush had just begun.

“Since then, Kaloti has continued to acquire gold from the Central Bank of Sudan. At various points between 2012 and 2019, the Central Bank bought gold connected to armed groups involved in fighting for control of the Darfur mines. This included purchasing gold from a company linked to the Rapid Support Forces (RSF)… That year the Central Bank appears to have bought gold from mines occupied by another armed group, the Sudan Liberation Army/Abdul Wahid, which has engaged in killings, kidnapping, torture, extortion and forced labour.”

According to the authors, both Kaloti and Valcambi have denied Global Witness’ findings and claimed they conduct enhanced due diligence when sourcing from conflict-affected and high-risk areas. 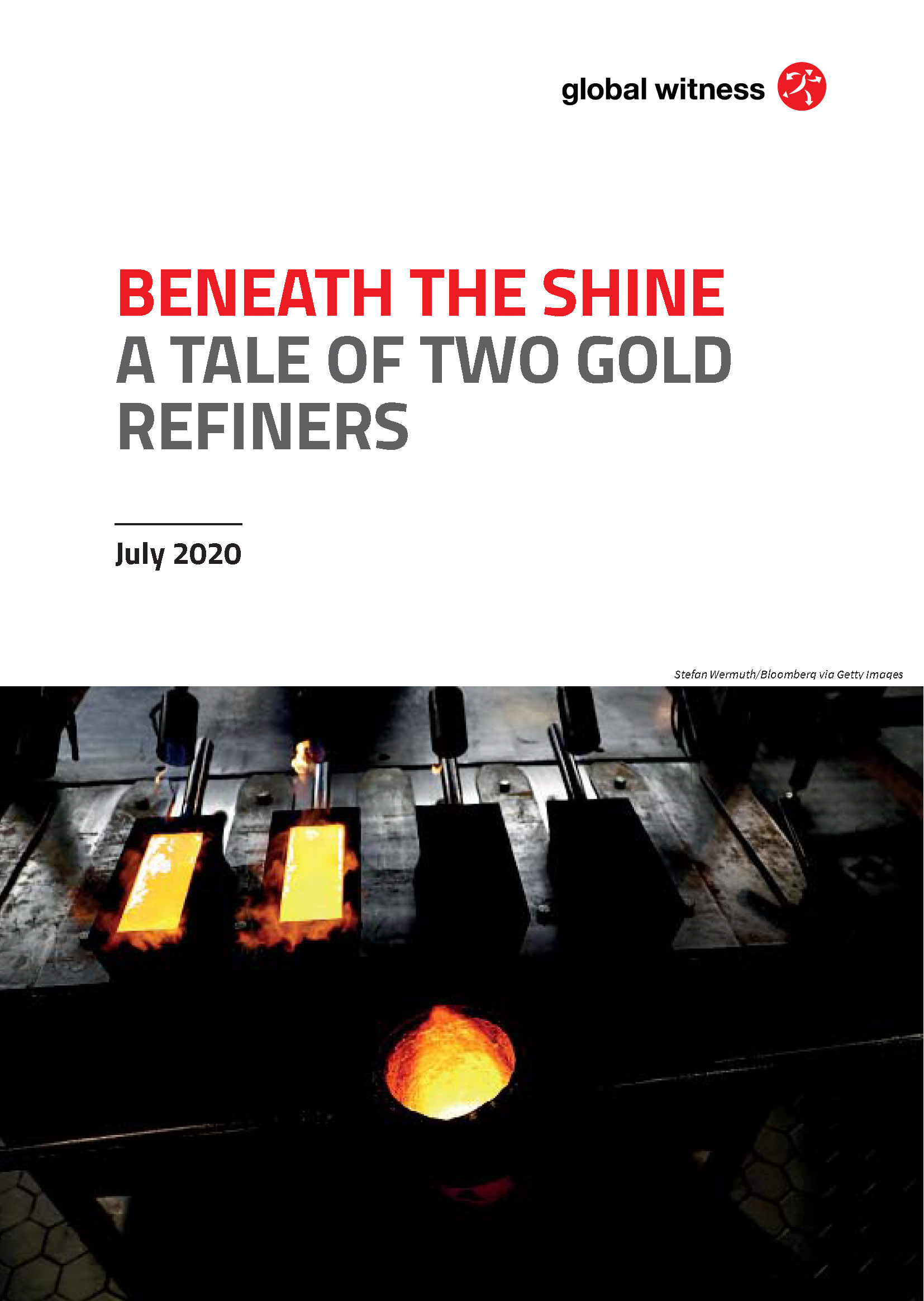 Download the full report Beneath the Shine: A Tale of Two Gold Refiners (PDF)

Disclaimer: The views and opinions expressed in this article are those of the contributing author and do not necessarily reflect the position of Radio Dabanga.