Skip to main content
Toggle navigation
Independent news from the heart of Sudan
Watch live
Home > All news > Flying the flag for Sudan – what flag is that?

Flying the flag for Sudan – what flag is that?

The national flag of Sudan (SUNA)

Readers who have been following the ongoing photo and video coverage of the 2018-2019 Sudan protests by Radio Dabanga might have observed a blue, yellow, and green tricolour flag being waved between the official Sudanese flags.

This flag is carried by the protesters as a symbol of an independent Sudan, as it was carried from 1954 as a symbol of popular revolution, and was adopted as the county’s official national flag in 1956 when Sudan gained independence from Egypt and Britain, which had ruled it as a condominium from 1899. 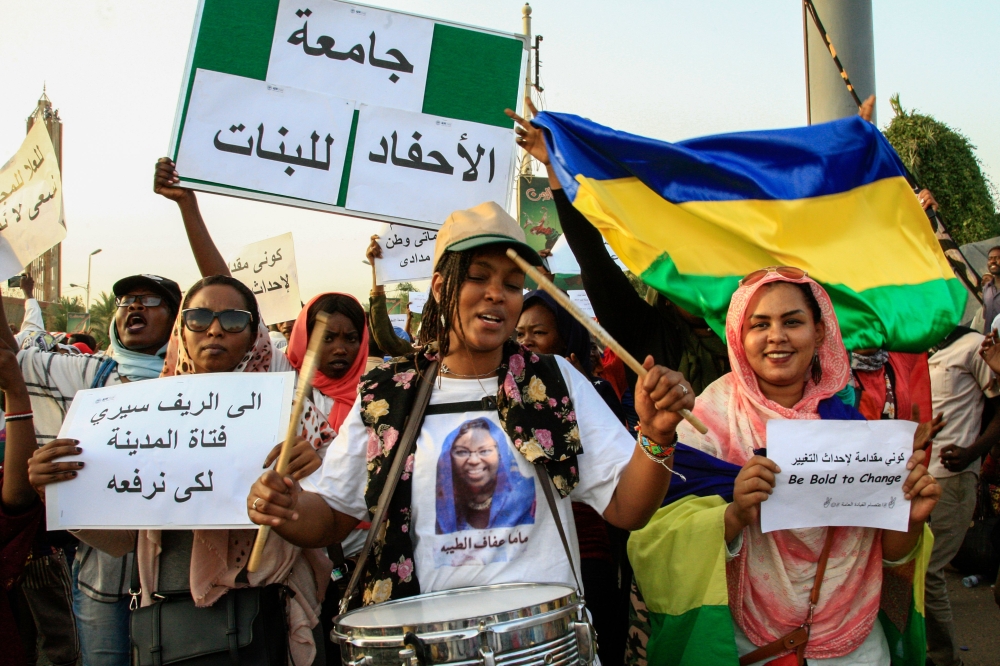 A group of predominantly women protesters march towards downtown Khartoum yesterday,
displaying and wrapped in the blue-yellow-green tricolour of independent Sudan

The colours of the flag were said to represent the River Nile, the Sahara, and farmlands – chosen because of their political neutrality.

The flag was in use until the 1969 military coup of Jaafar Nimeiri, after which the current flag, based on the Arab Liberation Flag shared by Egypt, Iraq, Syria, Yemen, and Palestine was adopted. 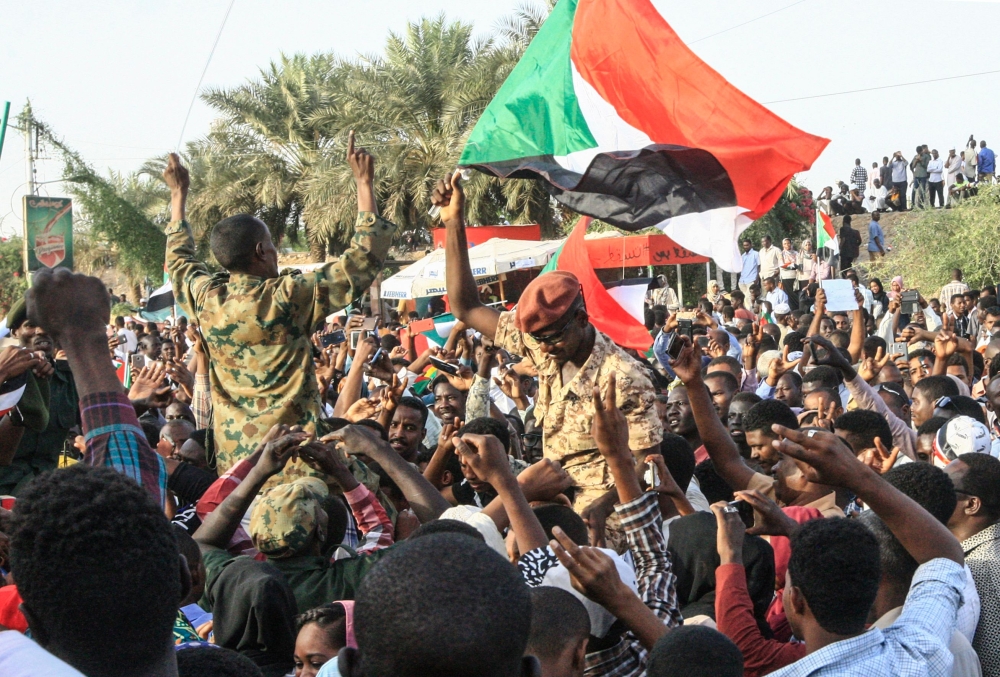 A soldier, carried shoulder-high by the crowds at the sit-in in Kartoum, waves the current
Sudanese national flag