A hydroelectric generating plant connected to the Upper Atbara and Setit Dams Complex in eastern Sudan will start operating in June next year.

The new power project will add 320 megawatts to the national grid, as it seeks to meet a demand of 2,500 megawatts, according to Mohamed Abdelrahim Gawish, a spokesman for the Water Resources and Electricity Ministry told BloombergBusiness in an interview in Khartoum on 23 July.

We want to exploit more hydropower resources to mitigate the high cost and frequent maintenance of the thermal electricity units that burn fuel to generate power, Gawish said.

Sudan normally makes up its shortfall with imports from neighbouring Ethiopia, which has had no surplus energy during the past two months, he explained.

Power outagessparked unrest in several parts of the country during the past few months. In Khartoum and several towns in northern and eastern Sudan, people took to the streets.

On 22 July, President Al Bashir held a special meeting with Mutaz Mousa, the federal Minister of Water Resources and Electricity,to discuss the boosting of the country’s power capacity until 2020. Mousa proposed increasing the electricity tariffs in a way that would not harm low-income households, the state-run Sudan News Agency (Suna) reported.

More than 60 percent of Sudan’s electricity –about 1,250 megawatts– is generated by the Merowe Dam in the Northern State, 350 kilometres north of Khartoum. Two thermal power plants in Khartoum and one in White Nile state produce an additional 800 megawatts.

The new power projectin eastern Sudan, with two dams and generating stations, costs about $1.3 billion and is financed by Sudan, Kuwait, Saudi Arabia, China, and Algeria.

In February, the largest relocation operation in Sudan caused by the construction of dams commenced. By mid-March, tens of thousands of people living near the site of the Atbara and Setit (or Seteet) Dam Complex in Kassala state were moved.

One of the affected residents complained to Radio Dabanga on 23 February that the dam complex management began flooding their lands without keeping its commitments towards the population. Compensation promised to herders and shopkeepers in the area was delayed.

The official opening of the Rumeila Dam on the Upper Atbara River and the Burdana Dam on the Setit River was originally scheduled for coming September.

The dam project is also supposed to create some ten million acres of new farmland in Kassala state and neighbouring El Gedaref state, at a cost $840 million, according to the dams’ chief engineer. 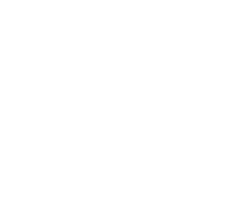 Location of the Upper Atbara and Seteet Dam Complex (Wikipedia)