Colleagues of doctor Babikir Abdelhamid, who was reportedly killed last week by members of security forces, held a mourning on Monday 21 January (RD)

A young Sudanese man who was reportedly shot by security forces in Khartoum died from his injuries on Monday, the Sudan Central Doctors’ Committee said. He is the third victim who died from the protest in Burri neighbourhood last Thursday. 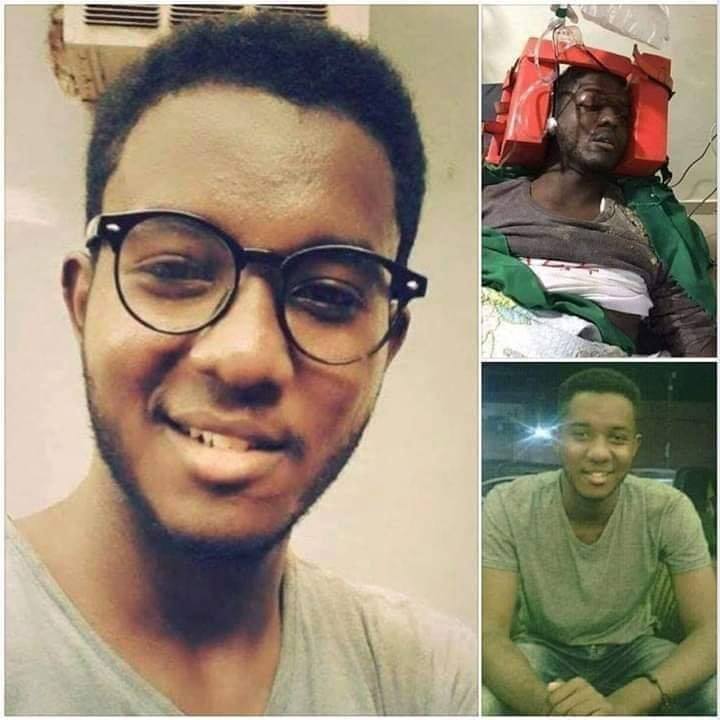 University student El Fatih El Nimeir succumbed to the gunshot wound in his head at the Royal Care Hospital on Monday. He joined the two other martyrs of the January 17 demonstrations, doctor Babikir Abdelhamid and Muawia Khalil.

On Thursday, the district in eastern Khartoum and next to the Khartoum International Airport, witnessed a mass demonstration. Witnesses told Radio Dabanga that the demonstration continued for hours amid “brutal repression by the security forces and police”. Allegedly ten demonstrators sustained injuries.

At the time the Central Sudanese Doctors’ Committee said in a statement that the authorities prevented ambulances and doctors from reaching the area in Burri, and also prevented private vehicles that carried injured people to hospitals. They detained some of the wounded. The authorities also filed charges against hundreds of demonstrators before transferring them to the police stations.

The reported death toll so far incudes Dr Babikir Abdelhamid, who was reported killed by the Sudanese security forces when they broke into a house in Burri where the doctor was treating wounded protesters on Thursday. Another doctor, 60-year-old Muawia Khalil, died from his wounds on Friday after the security forces shot him on Thursday near his home.

El Fatih El Nimeir's head wound inflicted by the security forces was so severe that sources reporting to Sudanese media initially believed that he had died on the spot.

Doctors and colleagues at the Ahmed Gasim Hospital for Cardiology and Kidney Surgery performed a mournful celebration of their colleague Dr Babikir Abdelhamid at 10am on Monday morning. 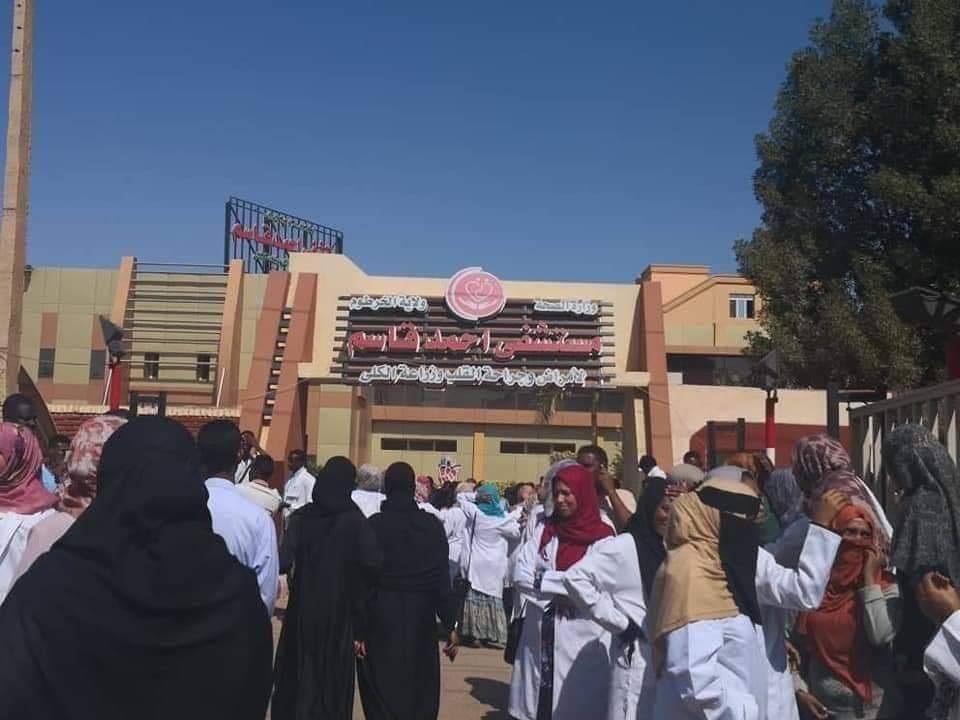 The doctors have continued their strike against the use of hospitals as the military barracks of the regular and security forces, and protest and reject the attacks of the security forces on the demonstrators.

According to the Central Sudanese Doctors' Committee, part of the Sudanese Professionals Association, said in a statement that the doctors' strike is carried out at the Military Hospital in Omdurman, the Police Hospital, El Amal Hospital, Central Reserve Forces Hospital, Kober Rehabilitation Centre, and a number of private hospitals belonging to military and security forces of the Sudanese regime.